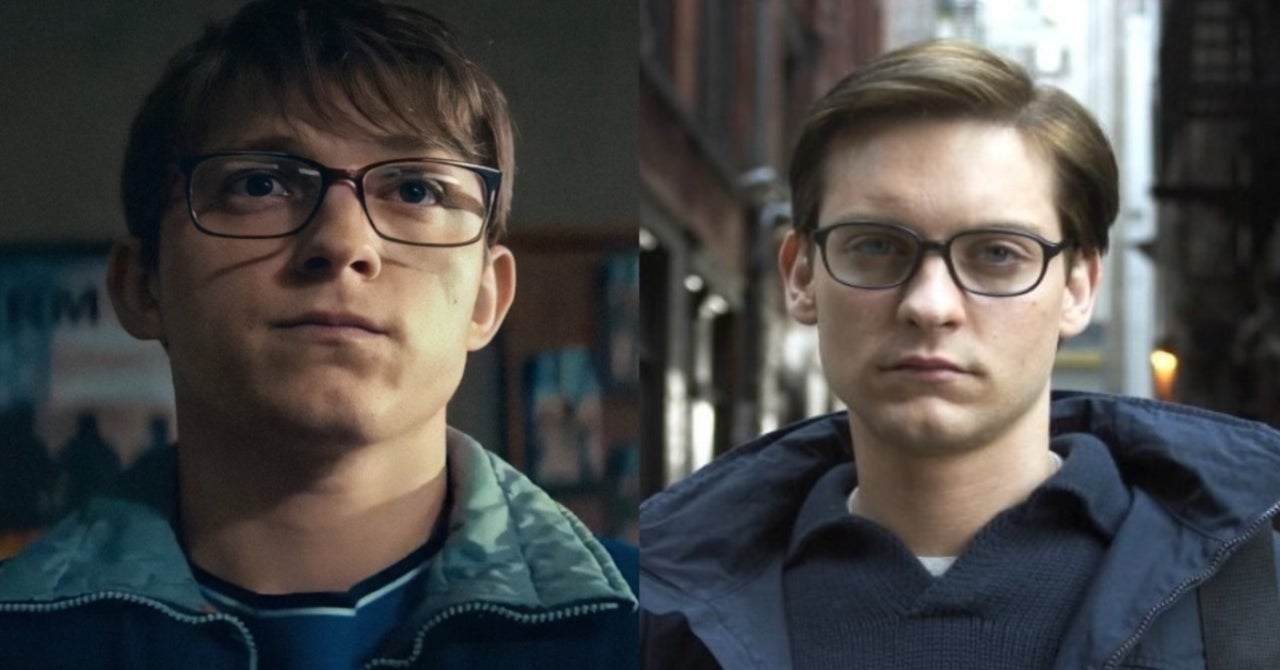 Some online commenters are pointing out Spider-Man star Tom Holland bears a resemblance to his predecessor Tobey Maguire‘s bespectacled Peter Parker in the first trailer for Cherry, the 24-year-old actor’s new movie from Avengers directors Anthony and Joe Russo. Based on Nico Walker’s best-selling debut novel of the same name, Cherry examines the opioid crisis through Holland’s character, inspired by Walker, a PTSD-stricken Army medic who goes on a bank-robbing spree to fund his drug addiction. Maguire, who is rumored to reprise his Spider-Man role opposite Holland and Andrew Garfield in Marvel and Sony’s Spider-Man 3, also played a soldier suffering from post-traumatic stress disorder in 2009 drama Brothers.

Cherry is “a story very near and dear to us,” Joe Russo said during San Diego Comic-Con 2019, describing the mostly Cleveland-set drama as a “very complicated” and “very mature” movie.

Added Anthony Russo, “It doesn’t have the sort of surface-level sort of entertainment value that the Marvel movies have, of course, but there are really important stories that need to be told. Joe and I are in a position now where we can get those movies made, and we want to use that sort of capital that we’ve built up to tell important stories.”

Cherry releases in theaters on February 26 and on Apple TV+ on March 12. Here’s what Twitter is saying about the similarities between Holland and Maguire before their rumored Spider-Man team up:

It’s like Tom Holland and Tobey Maguire got blended in a teleporter accident!

Tom Holland looks like Tobey Maguire in Cherry! Is that a hint that he is actually in Spider Man 3!? ?? https://t.co/3QI3F3bYuT