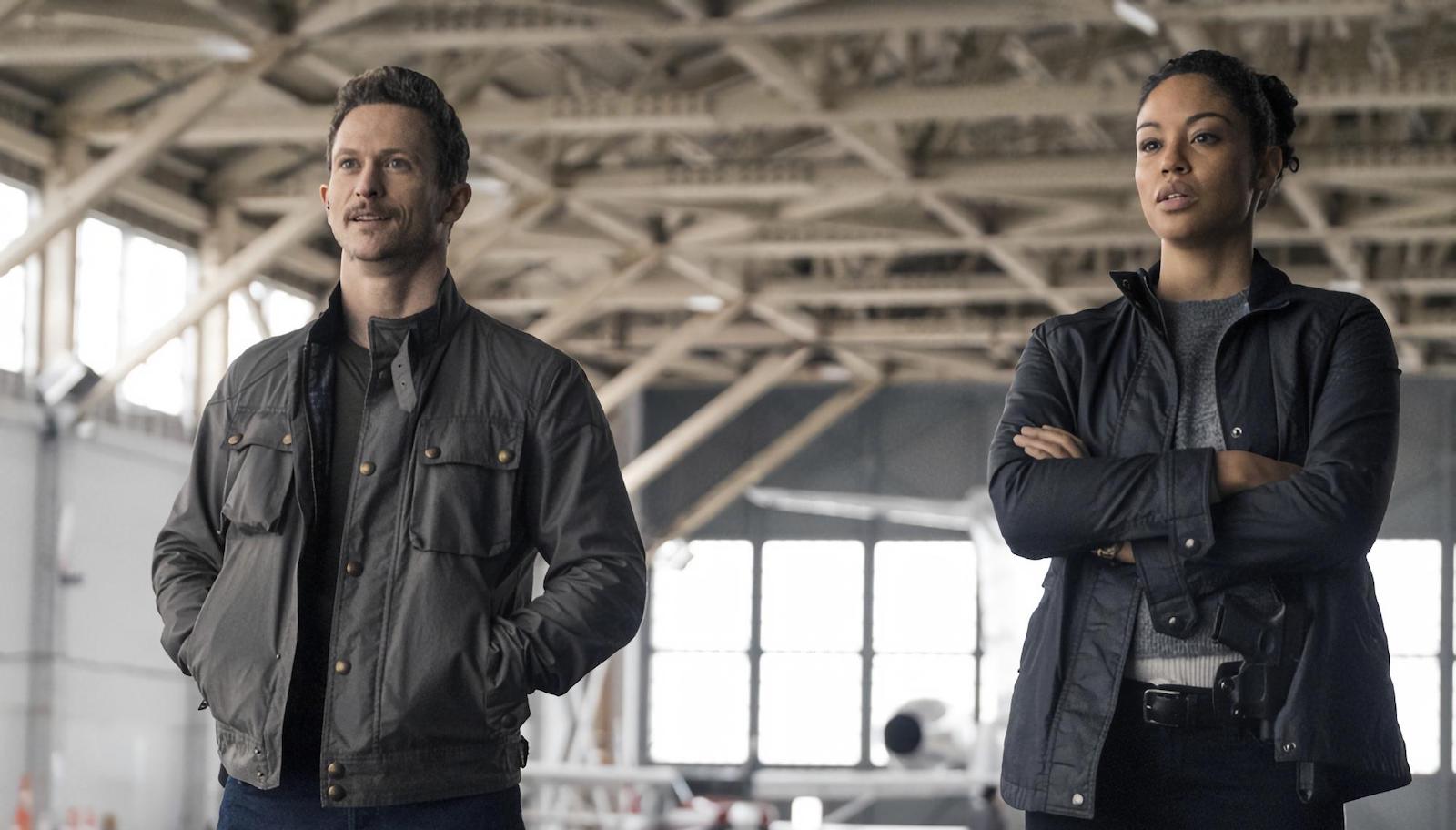 What if The X-Files or Fringe had a grand unified theory that attributed all of the mysterious phenomena its government operatives investigated to one cause? Such is the question posed by Debris, J. H. Wyman’s latest sci-fi offering premiering on NBC March 1. The series’ title refers to pieces of wreckage from an alien spacecraft that induce unexplained phenomena wherever they land, including the conveyance of powers coveted by dark operatives and hoarded by government agencies. It’s a compelling premise, but it looks like it may take some time to gel based on a preview of the pilot.

That cautious optimism doesn’t spring from the suspension of disbelief involved in accepting the idea that chunks of a spaceship could have almost supernatural effects, no two exactly the same; the prospect of episodic “piece of the week” stories in Debris is actually a welcome one. The tension that is established between the MI-6 and CIA agents tasked with containing the dangers posed by the debris is quite effective, and the allies-keeping-secrets dynamic definitely has staying power.

It’s the characters themselves that lack relatability, which admittedly isn’t uncommon for pilots. Riann Steele gives an earnest performance as MI-6 agent Finola Jones, who because of her famous astrophysicist father has a strong sense of optimism about the use of the alien technology for the betterment of humanity. Jonathan Tucker’s CIA Agent Bryan Beneventi, however, lacks charisma, which could be attributed to his military rigidity, but Debris viewers might be put off nonetheless.

From the very start, the American-British task force known as Orbital is seen as both cooperative and competitive as the political forces uncover exploitable secrets, including an impactful twist ending in the pilot. The spy games and the underlying alien mystery will likely be enough to overcome any choppy character development, but the true test will be whether Debris can achieve better chemistry between its leads without relying on some of the more contrived moments of dialogue employed in this opening episode, the only one NBC provided for review.

The premiere also happens to be a self-contained episode with a debris site exerting psychological effects on small town mothers. After initially impressing viewers with a black market exchange that resulted in the teleportation effects shown in the trailer, the more supernatural effects of the later story establishes that Debris will be exploring a wide range of possible phenomena that merge science fiction, fantasy, and procedural narrative elements to great effect.

The Debris pilot as a self-contained introduction to a distinctly Wyman-esque premise is nearly flawless, but it will all be for naught if the show’s audience doesn’t quickly feel drawn to the lead characters. It’s very telling that one of the more villainous operatives played by Scroobius Pip, who runs off with a black market piece, garners more attention than most of the spooks surrounding the show’s leads. The success of the series will hinge on keeping those intrigued by the setup interested in sticking around for more.