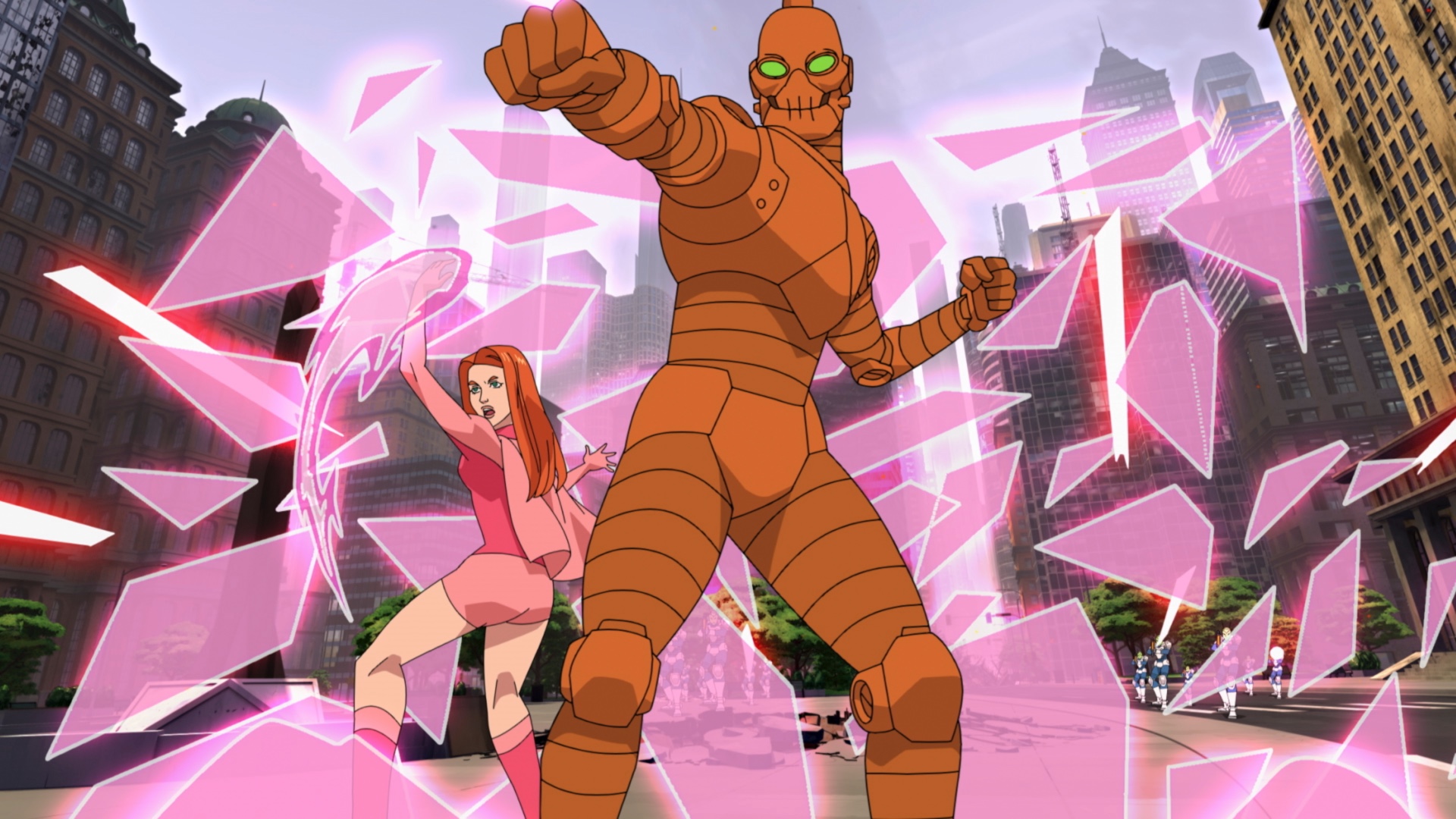 Anyone who has experienced 10, soon to be 11, seasons of The Walking Dead can tell you that comic writer Robert Kirkman enjoys a lengthy story.

Kirkman’s zombie comic series from which the AMC adaptation takes its inspiration ran from 2003 through 2019 and featured a staggering 193 issues. What’s even more impressive, however, is that The Walking Dead wasn’t the only expansive serialized story Kirkman was telling at the same time.

Alongside illustrators Cory Walker and Ryan Ottley, the prolific author produced 144 issues of Image Comics landmark superhero imprint Invincible from 2003 through 2018. Now that Invincible has a television adaptation of its own on Amazon Prime, lovingly recreated in the comic’s own animation style, it raises an inevitable question. If 193 issues of The Walking Dead translates to 11 seasons of television, then how many seasons do 144 issues of Invincible translate to?

Thankfully, Amazon appears to see the potential in this bloody superhero tale as the streamer has now renewed the show for seasons 2 and 3.

But how many more seasons would it take to complete Invincible’s journey?

To find out the answer, we could crunch the numbers based on TWD‘s run.(which amounts to around 8.17 seasons if my meager calculations are correct) or we could just ask the decision-makers themselves. While speaking to Den of Geek and other gathered outlets for Invincible’s press day, Kirkman revealed how many seasons he imagined the show would run.

“We could possibly tell the entirety (of the story) in anywhere from five to seven seasons,” Kirkman, who produces and writes for the show, says. “Obviously there would be differences if it were five seasons than if we were able to do it in seven seasons. The plan is to do a good number of seasons and tell at least the full length of Invincible’s journey, as it was told in comic book form.”

Based on the show’s first season, Invincible will have to get hustling. The series’ first eight episodes take things through around Issue 13 of the comic. For what it’s worth, however, the show does appear to be including portions from the later comics earlier into its run. An important event from Issue 6 served as the twist ending of episode 1. And then the series’ penultimate episode not only adapted a climactic moment from the comic by also started to sprinkle in revelations from later on like Robot’s true identity. The finale also teases that big moments are soon to come in season 2, with brief glimpses of the Sequin-controlled astronaut Rus Livingston and the promise of the Coalition of Planets getting properly activated.

Figuring out just how much story to tell over a certain time frame is undoubtedly a major challenge in adaptation. TV adaptations come along with the added worry that a show might not be viable enough to continue to be renewed through to the end of its planned story. Still, given Amazon’s investment in superhero storytelling (The Boys and its upcoming spinoff) and the streamer’s advertised enthusiasm over having a major comic property with a built-in fandom, perhaps five to seven seasons isn’t that big of an ask.

For what it’s worth, Kirkman clarifies that there is no reason to limit the show to the confines of the existing comic’s storytelling framework.

“In a perfect world, it might be interesting to go beyond what we did in the comics and to continue the show past that,” Kirkman says. “There are certainly other aspects of the story that could be told that we didn’t tell in the comics. So, who knows what we would do in the future?”

Indeed the storytelling possibilities in the world of Invincible are vast. Here’s to hoping we get the 14 season long Dinosaurus v. Battle Beast arc we deserve.