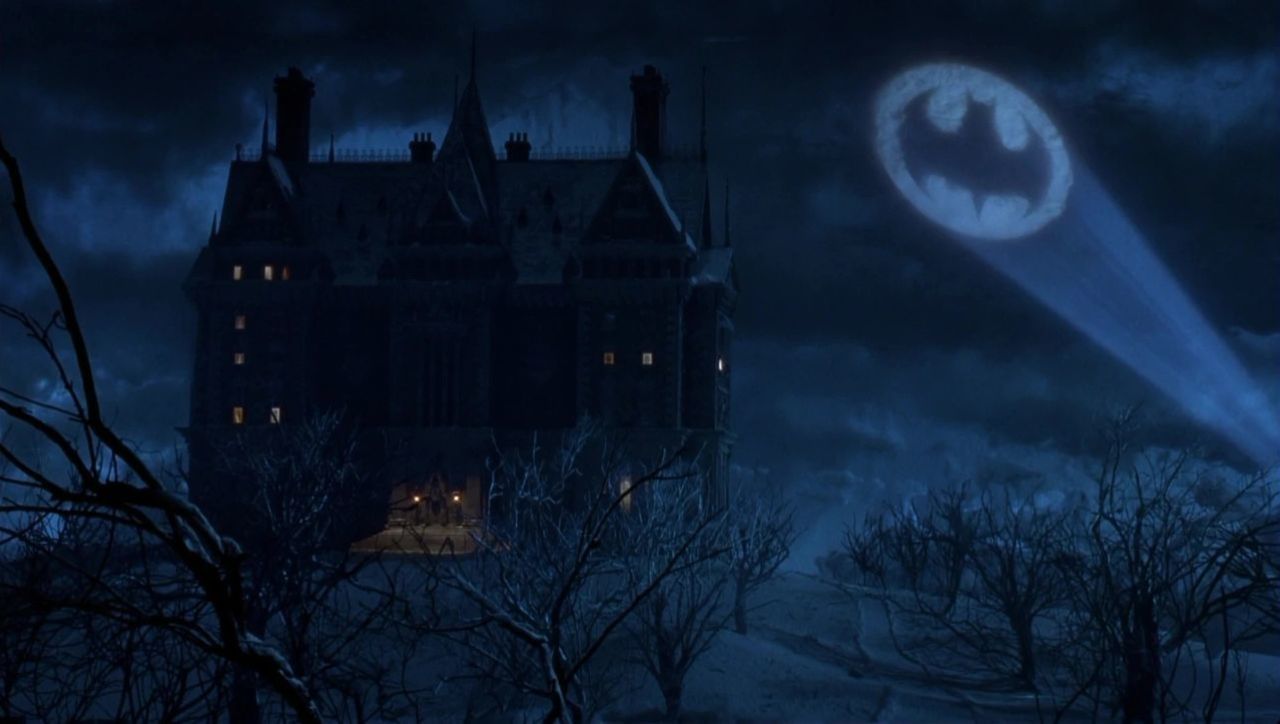 Thirty years after Batman Returns, the DC Universe will bring Michael Keaton‘s Batman back into the cinematic fold — but it looks like he never even left home. As filming begins in earnest on The Flash, the first set-spy photos reveal that the long-awaited DC movie is shooting at the mansion that stood in for Wayne Manor in the Tim Burton Batman movies. While reports have said that both Keaton and Ben Affleck will appear as their respective versions of Batman in The Flash, the mansions in which they reside are wildly different facilities.

Affleck’s Batman lives in a more modernized, smaller home on a body of water, with a decrepit Wayne Manor not far from it. At the end of Justice League, he pledged to rebuild it — but that was mostly to act as the Hall of Justice, not for his personal residence.

In 1989’s Batman and its sequel, Batman Returns, Wayne Manor was portrayed (for exterior shots) by Knebworth House, a Gothic Tudor mansion north of London was used for the exterior. The interior was Hatfield House in Hertfordshire, but assuming they film inside of the Manor, there is no guarantee they will use the same interior location; they might go somewhere else, or even build a set, so that they can shoot with less likelihood of being spied on.

Speaking of spying, though, you can see the set photos below.

This won’t be the first foray of Ezra Miller’s Flash into the multiverse, of course; the character appeared briefly in a 2019 episode of Arrow as part of the “Crisis on Infinite Earths” event on The CW. His appearance in Batman v Superman: Dawn of Justice harkened back to The Flash’s role in the Crisis, which made the Easter egg that much more special. That same event featured a brief appearance by Robert Wuhl as Alexander Knox, the part he played in Burton’s Batman.

The idea of a multiverse is one that both DC (with The Flash as well as The Batman, which is set outside of the main DC Films continuity) and reportedly Marvel (with Doctor Strange in the Multiverse of Madness) are looking to play with a little, following the success not just of TV’s “Crisis” but also of Spider-Man: Into the Spider-Verse. Once a concept that seemed like too high a barrier for casual fans to navigate, TV and animation have made the superhero multiverse an accessible and exciting concept that studios can’t seem to resist.

The Flash is currently set for release on November 4, 2022.