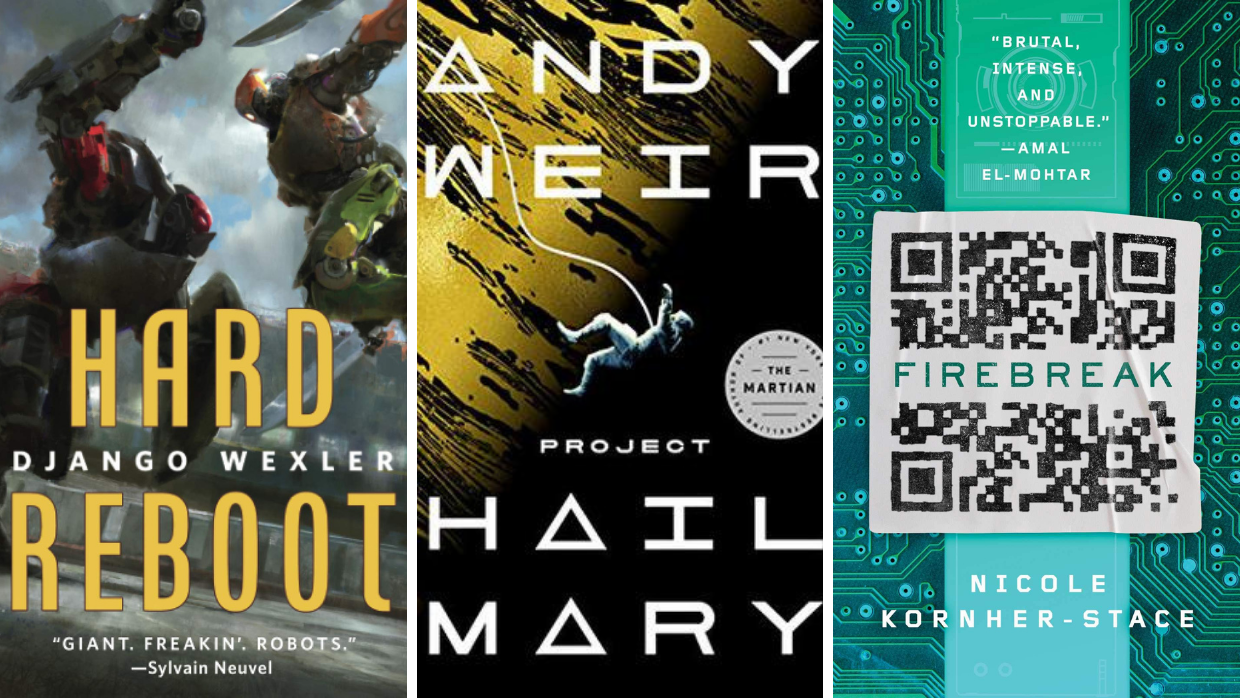 The author of The Martian returns and the far future gets messy in this month’s science fiction offerings. Here are some of the science fiction books we’re most looking forward to in May 2021…

Den of Geek says: It’s hard to go wrong with Andy Weir, one of the smartest voices in hard science fiction who also brought snarky fun to The Martian. In his new book Weir ventures further into the realm of science fiction with an alien and the whole world at stake.

Publisher’s summary: Ryland Grace is the sole survivor on a desperate, last-chance mission—and if he fails, humanity and the earth itself will perish.

Except that right now, he doesn’t know that. He can’t even remember his own name, let alone the nature of his assignment or how to complete it.

All he knows is that he’s been asleep for a very, very long time. And he’s just been awakened to find himself millions of miles from home, with nothing but two corpses for company.

His crewmates dead, his memories fuzzily returning, Ryland realizes that an impossible task now confronts him. Hurtling through space on this tiny ship, it’s up to him to puzzle out an impossible scientific mystery—and conquer an extinction-level threat to our species.

And with the clock ticking down and the nearest human being light-years away, he’s got to do it all alone.

An irresistible interstellar adventure as only Andy Weir could deliver, Project Hail Mary is a tale of discovery, speculation, and survival to rival The Martian—while taking us to places it never dreamed of going.

Den of Geek says: With elements of superheroes, virtual reality, mechs and ecological disaster, Kornher-Stace’s adventure story has plenty of inventive world-building. But it’s the characters who really shine with a clear-eyed perspective on the story of what happens when people fight for what’s right — and meet their heroes.

“Twenty minutes to power curfew, and my kill counter’s stalled at eight hundred eighty-seven while I’ve been standing here like an idiot. My health bar is flashing ominously, but I’m down to four heal patches, and I have to be smart.”

Two corporations have replaced the US, splitting the country’s remaining forty-five states (five have been submerged under the ocean) between them: Stellaxis Innovations and Greenleaf. There are nine supercities within the continental US, and New Liberty City is the only amalgamated city split between the two megacorps, and thus at a perpetual state of civil war as the feeds broadcast the atrocities committed by each side.

Here, Mallory streams Stellaxis’s wargame SecOps on BestLife, spending more time jacked in than in the world just to eke out a hardscrabble living from tips. When a chance encounter with one of the game’s rare super-soldiers leads to a side job for Mal—looking to link an actual missing girl to one of the SecOps characters. Mal’s sudden burst in online fame rivals her deepening fear of what she is uncovering about BestLife’s developer, and puts her in the kind of danger she’s only experienced through her avatar.

Author Kornher-Stace’s adult science fiction debut—Firebreak— is loaded with ambitious challenges and a city to save.

Den of Geek says: Sometimes you just need a good mecha battle. While the character in over her head sounds good too, the real draw on this one is that cover and the promise of big robot action.

Publisher’s summary: Kas is a junior researcher on a fact-finding mission to old Earth. But when a con-artist tricks her into wagering a large sum of money belonging to her university on the outcome of a manned robot arena battle she becomes drawn into the seedy underworld of old Earth politics and state-sponsored battle-droid prizefights.

Is it time to get back to the books, yet?