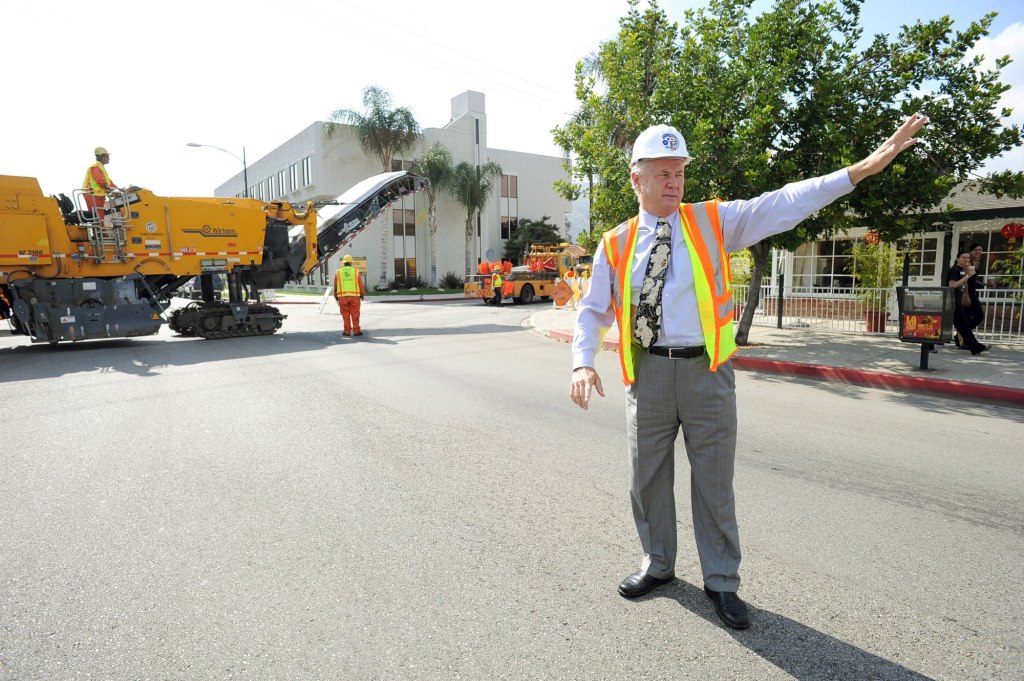 The idea came to her at his funeral, she says, when everyone was standing outside talking about what a great guy Tom LaBonge was and such an inspiration in this city.

Councilwoman Monica Rodriguez swears she felt her old mentor trying to get in touch with her with a question. “Why does it have to stop now?”

He was called ‘Mr. Los Angeles’, with family roots dug deep in this city, all the way back to 1880. There was no bluster in the title, no hype. LaBonge had earned it the hard way, by getting his hands dirty, not waiting for others to do the job.

He traveled with shovels, rakes, trash bags, and safety cones in his trunk, ready to jump out and take charge – rake leaves, clean storm drains, or pick up the trash of people who dishonored his city by just not caring enough to keep it clean. He cared for them.

On his daily, sunrise walks through Griffith Park, his beloved back yard, he would stop to pick up trash, and exhort other hikers to do the same. He was the only city official to have a trash truck named in his honor by the Department of Sanitation.

How many times, Rodriguez says, had they been walking through City Hall or in the elevator on their way to a meeting when Tom would stop a family looking to be from out of town, and take them up the elevators to the top of the Bradley Tower to see the best view of the city. Countless times.

He wanted people to go home and tell their friends L.A. was a great city – even the councilmember’s gave personal tours. He made everyone feel welcome, she says, and was never too busy to give them his time.

Rodriguez knew all the stories, she had seen them everyday working with Tom. But, she didn’t know the last story – the one she swore to Tom’s widow, Brigid, that day her husband was trying to tell her right there at his own funeral. He wasn’t done.

“I instructed my staff to draw up a motion I could present to City Council,” says Rodriguez who represents the 7th District, the northeast San Fernando Valley. “We needed to memorialize him, let people continue to hear his voice.”

She had city tech workers and the people working at channel 35, the city’s TV station, get all the old clips of Tom, and splice them into a message from him to keep the faith.

Now, every time someone in this city who cares, calls to report trash being dumped, potholes going unfilled, graffiti covering walls, and all the things that make living in an urban metropolis a daily challenge, the voice they hear while on hold is Mr. Los Angeles.

Tom LaBonge, back in his own words, inspiring them to continue to make Los Angeles a cleaner, better place to live. Reminding them of what he always told people he met everyday in his job working for this city for 40 years.

They weren’t just words to Tom LaBonge. They were his life.