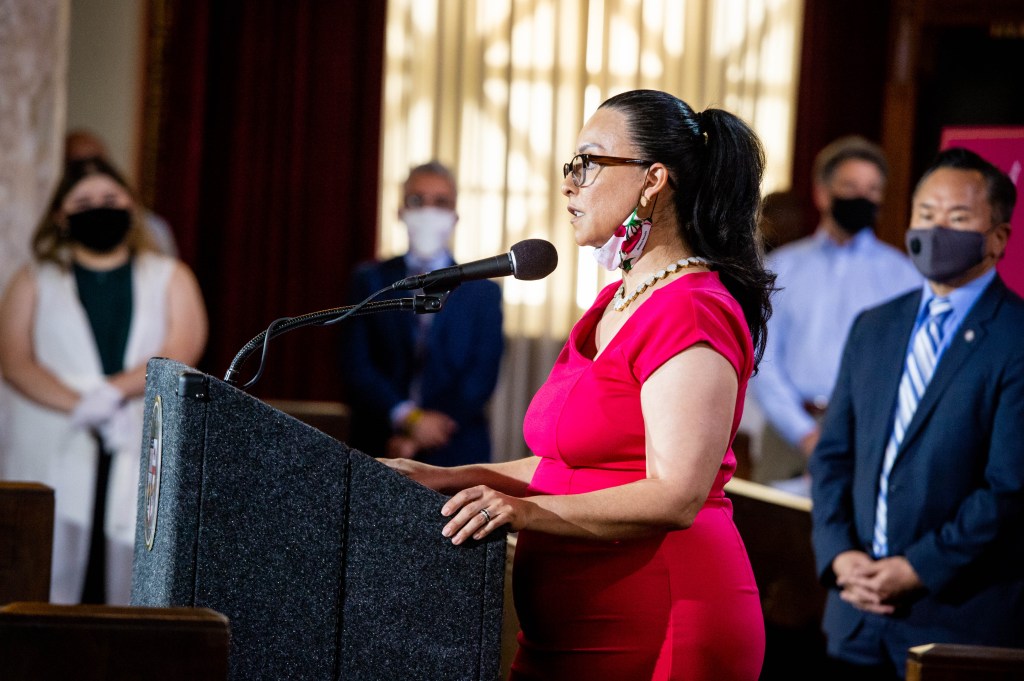 Roy Behr, the council president’s consultant, said that Martinez “has received some encouragement, and given her commitment to helping the city recover, she’s given that (a run for mayor in 2022) serious thought.”

The question of whether Martinez is considering seeking the mayor’s seat is being asked as rumors percolate around Mayor Eric Garcetti stepping down early to take a role in the Biden administration, potentially as an ambassador to India.

A mayor’s spokesman, meanwhile, has dismissed such discussion around Garcetti resigning mid-term for a job in the Biden administration as “speculation.”

While the race Martinez is considering running in is for 2022, her answer would likely color the process that would kick in if the talk around City Hall, as well as in a recent article in Axios, bear out about the mayor’s potential appointment to a Biden administration job.

If Garcetti does leave early, Martinez as council president automatically assumes the role of acting mayor, as she already does when the mayor is out of the country.

That role could give her time on a job that several others in the city, including colleagues on the City Council, are also seeking or potentially seeking, giving her a potential boost in the 2022 election.

But the council president’s role as acting mayor is intended to only be a brief stopgap. The City Council would need to act “without delay” to appoint someone, call a special election or have someone appointed until a special election has been certified and declared, according to the City Clerk’s office.

If someone is appointed to serve as interim mayor or as a caretaker of the seat, the decision would likely need to rest on whether the person filling seat has no aspirations to run in 2022 race — in order to avoid giving any one person on the City Council an edge by having extra time serving in the position they intend to seek.

City Attorney Mike Feuer and Martinez’s colleague, Councilman Joe Buscaino, have already announced that they are running for mayor in 2022, while Kevin de Leon and Mark Ridley-Thomas are also believed to be eyeing the position. Meanwhile, with this being Garcetti’s last term, the seat is up for grabs, meaning that still others are realistically expected to throw their names into the hat for the chance at being mayor.

And whether Martinez eventually intends to run, she is in a position to potentially leave others in suspense as to her actual plans.

Meanwhile, if a special election is called, it would could serve as a trial run contest ahead of the regular election scheduled for a year away.

According to the City Clerk’s office, the mayor’s seat has never become vacant for any length of time. In 1938, Mayor Frank Shaw was forced out mid-term through a recall election, but Fletcher Bowron was elected on the same day and took office 10 days later.

Speculation over Garcetti’s early departure intensified when Joe Biden was elected president. The mayor worked to help get Biden elected. In a prior round of speculation, Garcetti had been rumored to be on the list for various cabinet positions, such as secretary of transportation.

Incidentally, the term Garcetti is serving is nearly 5 1/2 years long, rather than the usual four years. That’s the result of the shifting of municipal elections from odd-numbered to even-numbered years, to align with the national election schedule to boost voter turnout.