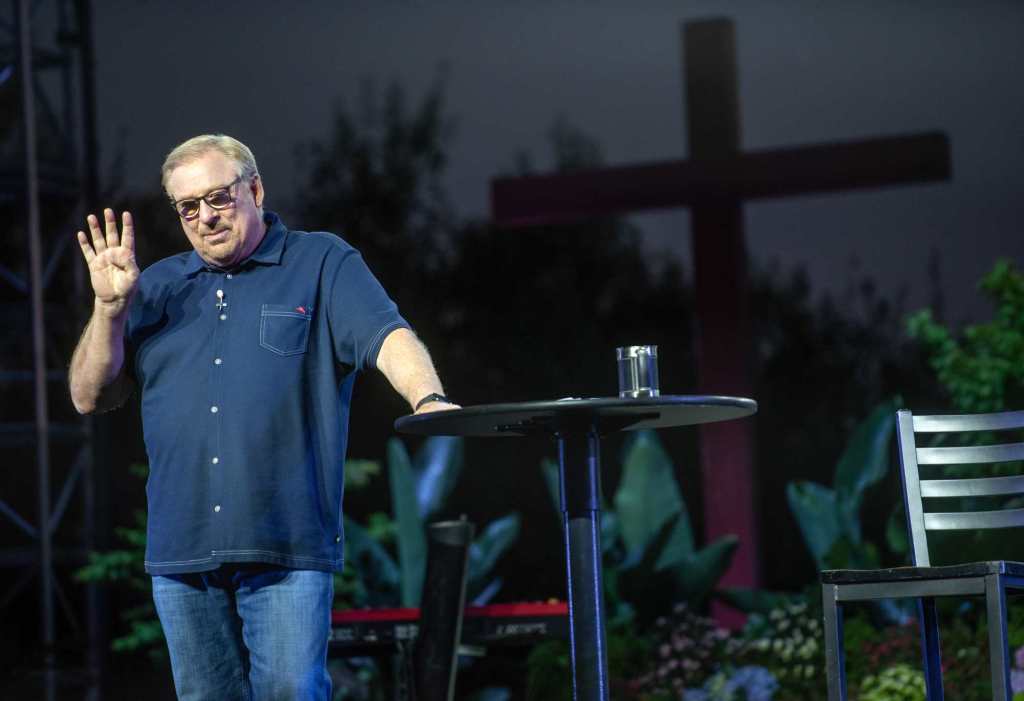 Mega-church Pastor Rick Warren, who has led Saddleback Church for 42 years, announced Sunday he is retiring and a search is launching this week for a successor to lead the church that serves a global audience of more than 40,000 people.

Warren, 67, told his congregation on Sunday, June 6, the search is not the end but the “beginning of the beginning.” He will serve as lead pastor until a successor is settled in place.

“That’s always been my goal, to serve God’s Purpose in my generation,” Warren said in a video to his congregation. “God has given me the privilege to serve multiple generations.”

Warren said his successor will take the lead role and he will step back into a less “visible position as founding pastor.”

“For 42 years, Kay and I have known this day would eventually arrive and we’ve been waiting for God’s perfect timing,” he said.

There is no timeline for the search, which will look at candidates from within the church as well as outside of it; Warren declined Monday to talk about his retirement plans, saying he just wanted to give his congregants the head’s up.

He said he will “stick around” even after retirement but, “it is time for a new chapter for a younger leader with a new vision.”

In 2019, Warren preached his 40th Easter service. It was a milestone he and wife Kay vowed to reach after they selected Saddleback Valley as a place to start the church in 1980.

Warren said then he had been offered a series of different jobs with Christian organizations, seminaries and denominations, but never moved.

With its main campus in Lake Forest, Saddleback Church has grown to 14 locations in Southern California with an average weekly attendance of 30,000 and more than 7,000 small groups meeting in homes. There are four international campuses: in Hong Kong, Germany, the Philippines and Argentina.

Warren, who has 8 million social media followers, has written eight books, including “The Purpose Driven Life,” which has sold nearly 40 million copies in English, according to Publisher’s Weekly. In 2005, Time magazine named Warren one of the “100 Most Influential People in the World.”