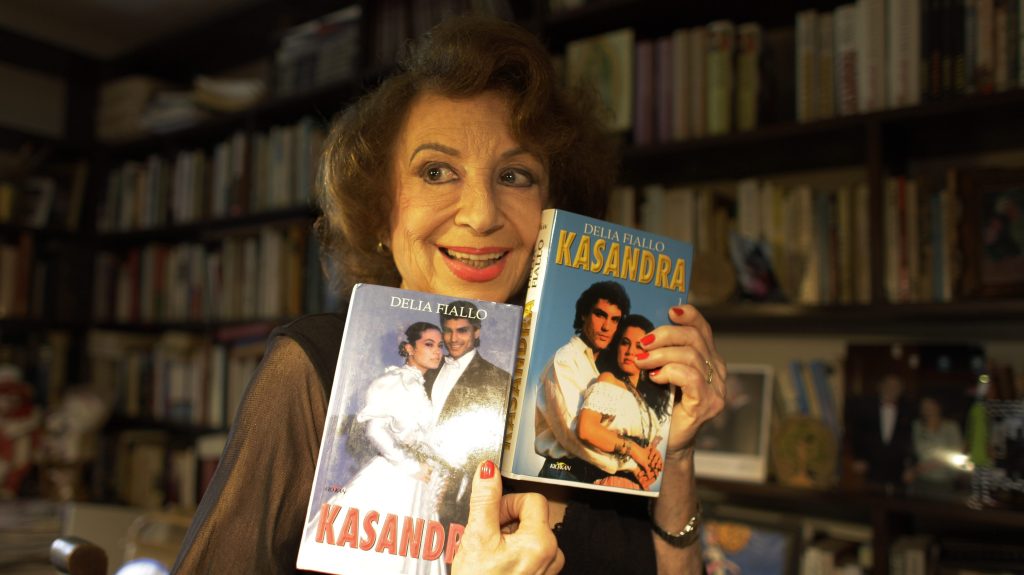 Delia Fiallo, the beloved Cuban writer known as the “mother of the Latin American soap opera,” died on Tuesday, a source close to the scribe tells CNN. She was 96.

While Fiallo’s passing was reported earlier in the day by The Televisa network, the cause of her death was not made clear.

Born on July 4, 1924 in Havana, Cuba, Fiallo first entered into the radionovela space in 1949. She made the leap into telenovelas in 1957, with an adaptation of her radionovela, Soraya.

Some of Fiallo’s most well-known original works include Cristal, Esmeralda, La Zulianita, María del Mar, Lucecita, La señorita Elena, Tu Mundo y el mío, Kassandra, Una muchaha llamada Milagros, Guadalupe, Marielena, Leonela and Monte calvario. She wrote more than 40 works for TV and the radio, in total, which were adapted numerous times, on multiple continents. While the writer experimented with numerous genres, she is commonly associated with that of contemporary romance.

Fiallo was married to radio director Bernardo Pascual for 67 years, prior to his passing in March of 2019. She was the mother to five children, who later gave her 13 grandchildren.

Plans for a memorial have not yet been revealed.