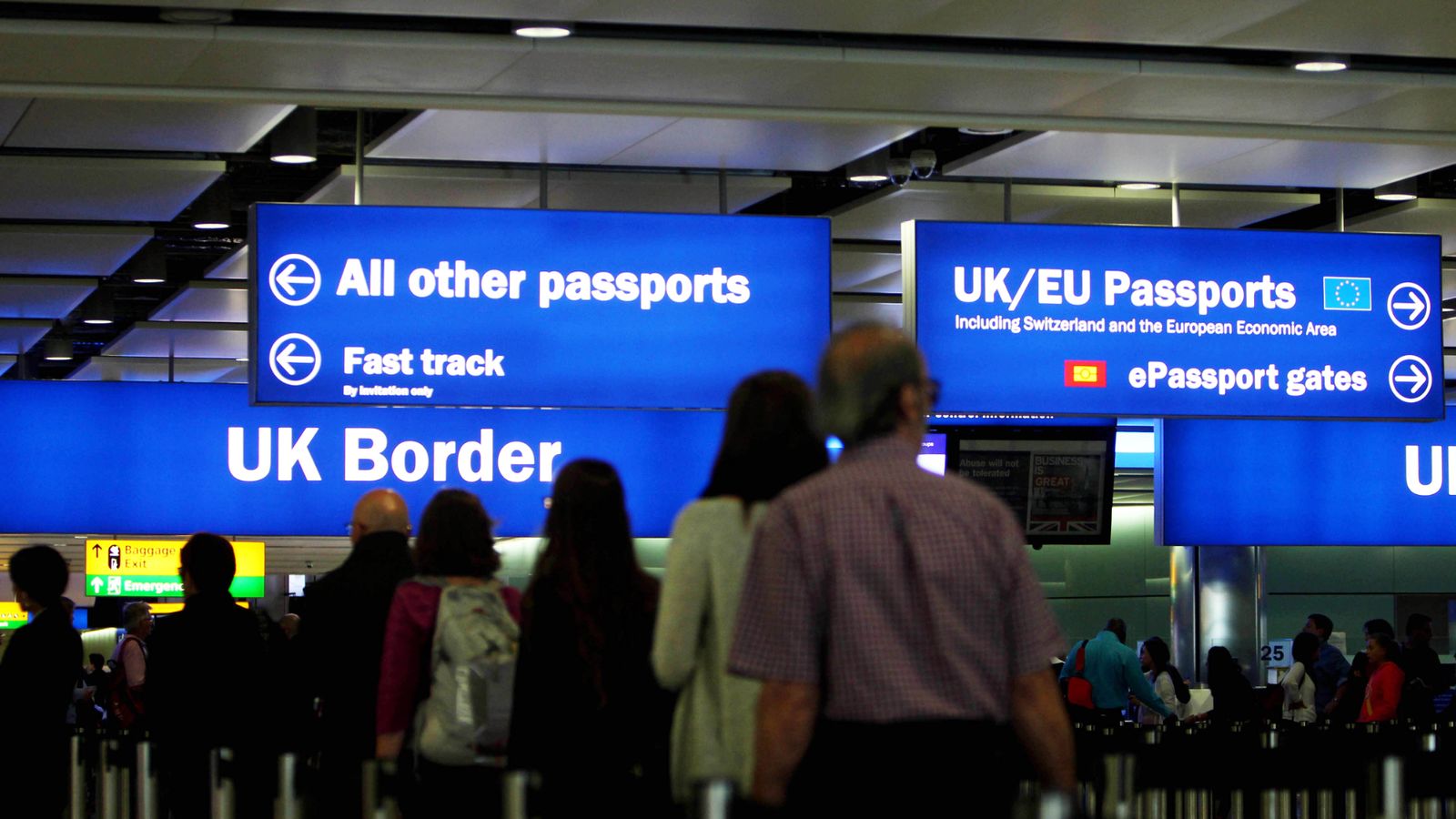 Ministers have rejected demands to allow more time for EU citizens to register to stay in the UK after Brexit by declaring: “Don’t delay, apply today.”

The deadline for applying for post-Brexit residency under the government’s EU Settlement Scheme passes at midnight, with claims of a backlog of 400,000 cases.

And some EU citizens who have lived in the UK for many years have described how the process of applying for the scheme has been so stressful they have felt suicidal.

The Prime Minister promised EU citizens “absolute certainty of the rights to live and remain” in the UK, but the day before applications to the EUSS close, so many serious questions remain unanswered.

Ministers must extend the deadline to avoid a “Windrush-type” scandal 👇 pic.twitter.com/97TlKqtfeQ

EU nationals and their families have had to apply by the end of this month to confirm their immigration status in order to continue living and working in the UK now the Brexit transition period and freedom of movement have ended.

Labour has demanded a three-month extension because of delays and problems during the COVID-19 pandemic, but ministers have so far insisted this will not happen.

“So we believe the overwhelming majority have now applied, but there are provision for late applications when people have reasonable grounds for making one.”

On late applications, he said: “What we’ve said is we’ll take a practical and compassionate approach to those who haven’t applied, particularly where there may be vulnerabilities or obvious reasonable grounds such as children whose parents may not have applied for them.

“But if you’ve got any concerns on your position on July 1 then our position is simple: Don’t delay, apply today.

Mr Foster added: “We’ve already had millions of applications, millions of statuses granted, so we believe the vast and overwhelming number of people who are eligible to apply have done so.

Answering an urgent question in the Commons on Tuesday, Mr Foster said more than 5.6 million applications had been received by the end of May, with 5.2 million concluded.

“Whilst the deadline is tomorrow, we will take a pragmatic and flexible approach to considering late applications made after the deadline,” he said.

But Labour’s shadow home secretary Nick Thomas-Symonds told MPs: “Leaked documents suggest that 130,000 people in receipt of benefits have yet to sign-up and that support could be taken away.

“The Children’s Society has estimated that applications have not been made for over 2,000 children in care or care leavers. That’s why we have called for an extension to the EU Settlement Scheme until the end of September.”

While the government comes under political pressure to extend its deadline, many EU citizens living in the UK have spoken of the distress caused by the new regime.

A German woman who has lived in the UK for 44 years said the stress caused by trying to apply to the EU Settlement Scheme made her feel suicidal.

The 68-year-old, who said she has lived in the same flat in Brighton since she arrived in the country, described being in a “state of shock and panic” as she tried to submit her application.

Subscribe to the All Out Politics podcast on Apple Podcasts, Google Podcasts, Spotify, Spreaker

Liz, who lives with her 81-year-old Irish husband, discovered her passport had expired but was unable to renew it during the coronavirus pandemic because her embassy was shut during lockdown.

This meant she could not apply to the scheme online and has not been able to get an appointment with her embassy until the end of next month, she said.

After trying to contact the Home Office helpline but facing long delays on hold with calls often disconnected, she turned to the Citizens’ Advice Bureau for help.

She learned she could request a paper application and provide other ID documents instead and she was eventually able to submit the 39-page form on 21 June.

But she was sent a letter from the Department of Work and Pensions warning her that the housing benefits she receives for her elderly husband and her access to free healthcare could be lost if she did not apply to the new scheme, which she said made her feel “threatened and distressed”.

She said: “I left Germany when I was 24 years old. I have made England my home, I have loved this country for 44 years. This is where my friends are, this is where my family is. We are happy here.

“I could understand if I had a criminal record, but I’ve not put a foot wrong, I’m a decent person. I have a national insurance number, a working life, living in the same address, what else do I have to prove to the Home Office?”

“My husband needs a lot of support and help. The stress levels in our household are unbelievable. All this on top of the pandemic and related issues is making both of us ill.”