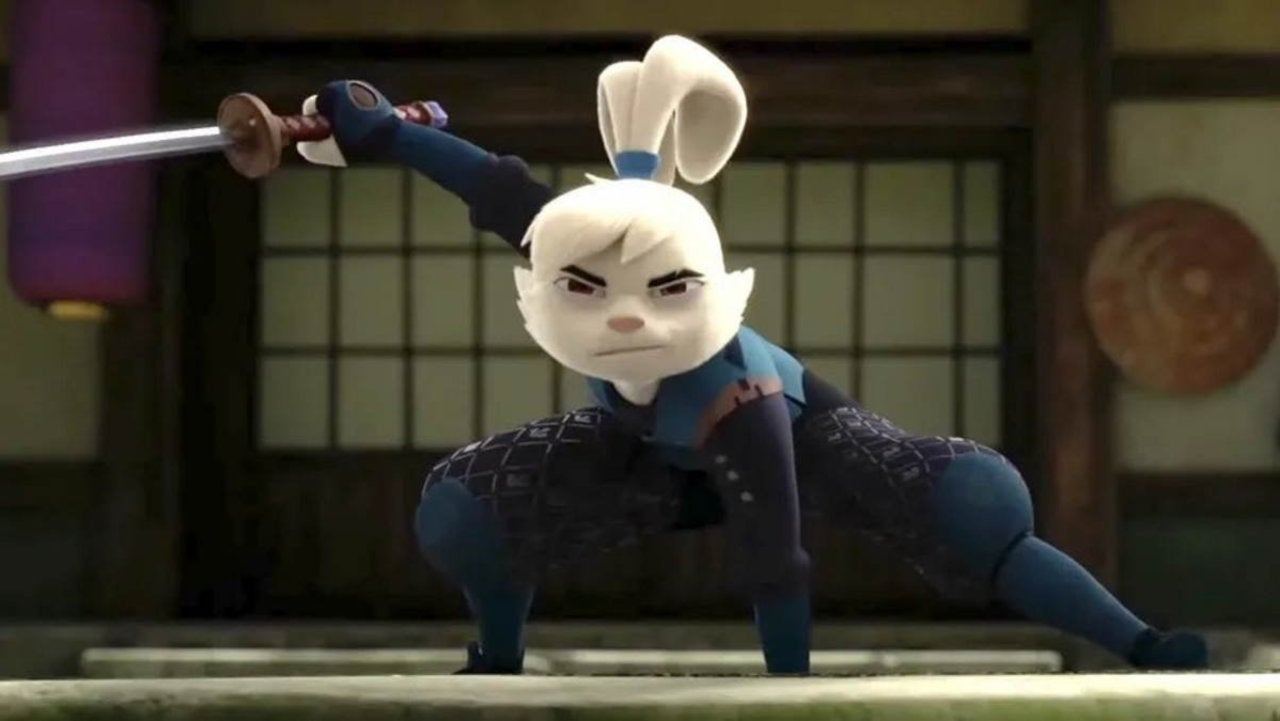 Netflix has revealed the first look at Samurai Rabbit: The Usagi Chronicles, its upcoming animated streaming series inspired by Stan Sakai’s Eisner-winning comic book series Usagi Yojimbo. The series is primarily CG-animated but also includes hand-drawn flashback sequences. The show’s [email protected] panel concluded with a sneak peek at the in-progress animation of the series. You can see it below, starting at the 34-minute mark. Sakai — who has written, drawn, and lettered Usagi Yojimbo for 37 years — said he’s been heavily involved in the development of the series, which does not follow Miyamoto Usagi, the protagonist of his long-running comic book, but Yuichi, one a descendent of the legendary samurai.

Sakai talked during the panel about working with Netflix and Gaumont Animation on the project. “I approve everything,” he said. “And have input at every stage of the animation process, from the story to design to animatics, even to the choice of voice actors. It’s something I’m very involved in. Gaumont, Netflix and I have a great working relationship. There’s a mutual respect all around — respect for each other, respect for the property of Usagi and also respect for the Japanese culture, which is very important to me.”

Per the summary provided when Netflix announced the show, “The series takes place in the far future, set in a world that mixes modern high-tech images with classic Japanese references. It follows the teenage Rabbit Samurai Yuichi, descendent of the great warrior Miyamoto Usagi, on his epic quest to become a true samurai. But he isn’t alone! He leads a ragtag team of misfit heroes – including a roguish bounty hunter, a cunning ninja, an acrobatic pickpocket and a faithful pet lizard – as he battles depth-charging moles, metal-tipped winged bats, and monsters from another dimension, all in the pursuit to become the best samurai Usagi!”

The show’s voice cast includes Darren Barnet as Yuichi, Shelby Rabara the thief Kitsune, Aleks Le as the bounty hunter Gen, and Mallory Low as the ninja Chizu. Sakai is an executive producer with Gaumont, Dark Horse Entertainment, and Atomic Monster. Candie and Doug Langdale are executive producers and showrunners. Ben Jones is the Supervising Producer, and Khang Le is the show’s Art Director.

IATSE President Matt Loeb Says Contract Negotiations Have Reached “Critical Juncture” As Others Make Case For A Fair Deal
‘You don’t want this’: US comedian Chris Rock tests positive for COVID-19
Simone Biles Slams FBI for Completely F–king Up the Larry Nassar Case
Friendship between France and UK, US and Australia ‘tarnished’ by AUKUS pact
Eric Church On Narrowing Down A New Setlist After ‘Heart & Soul’: “It Has Been Maddening”