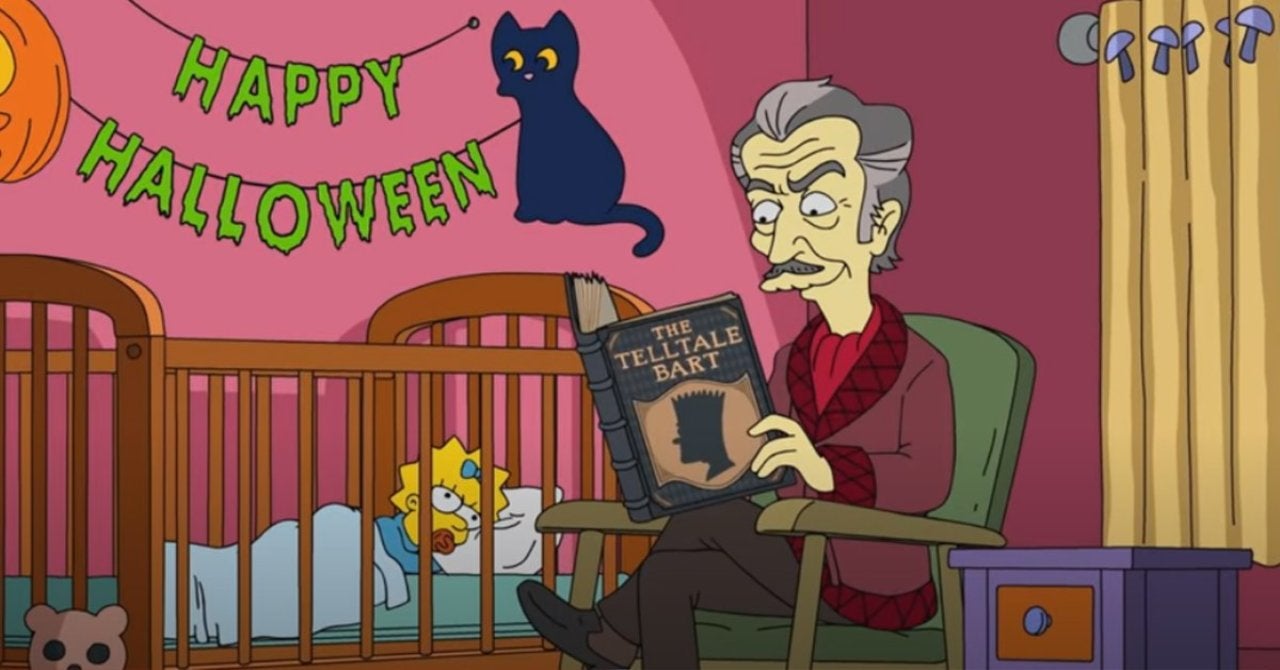 The Simpsons is set to return this fall for its 33rd season, which means in October it will be delivering audiences its 32nd installment of the beloved “Treehouse of Horror” format, with last week’s [email protected] featuring a panel that shed new light on the upcoming entry into the tradition. Recent years have seen the animated sitcom experiment with the format a bit, with this year also switching things up, as it will feature five unsettling stories as opposed to the traditional three. The panel even saw the debut of one of the segments, which you can watch in the video above. The Simpsons‘ “Treehouse of Horror XXXII” is set to debut on October 10th.

In addition to the above clip confirming that the likeness of Vincent Price will appear in the upcoming episode, it also explores an Edward Gorey tribute, imagining the characters in the illustrator’s signature style with macabre writing. It’s currently unknown what other properties the upcoming episode will lampoon.

The earliest incarnations of “Treehouse of Horror” featured the characters telling one another stories on Halloween night or ingesting too much candy and having nightmares, with the series ultimately abandoning the need for these wraparounds as audiences had grown to expect the tradition. Over the course of more than three decades, the series has covered all corners of horror, from The Omega Man to The Fly to Paranormal Activity to Twilight, with the series sometimes thinking outside the box to take unconventional approaches to the format. Last year’s entry, for example, featured a segment lampooning Spider-Man: Into the Spider-Verse, despite that film not being inherently horrifying.

In 2015, the series took a new approach to the holiday with the episode “Halloween of Horror,” delivering fans a somewhat canonical episode that revolved around October 31st. Admittedly, it’s hard to call an animated series where the characters have been the same age for 30 years as having a “canon,” but with the episode focusing on Lisa being frightened by a visit to a haunted amusement park attraction as Bart attempted to secure the best trick-or-treat candy from affluent neighborhoods, it wasn’t a parody of any one concept, yet still managed to have a Rocky Horror Picture Show homage in its finale.

While “Treehouse of Horror XXXII” is currently slated to debut on October 10th, FOX has regularly had to modify their annual broadcast of the Halloween episode depending upon the outcome of the World Series.

Are you looking forward to the new episode? Let us know in the comments below or contact Patrick Cavanaugh directly on Twitter to talk all things horror and Star Wars!