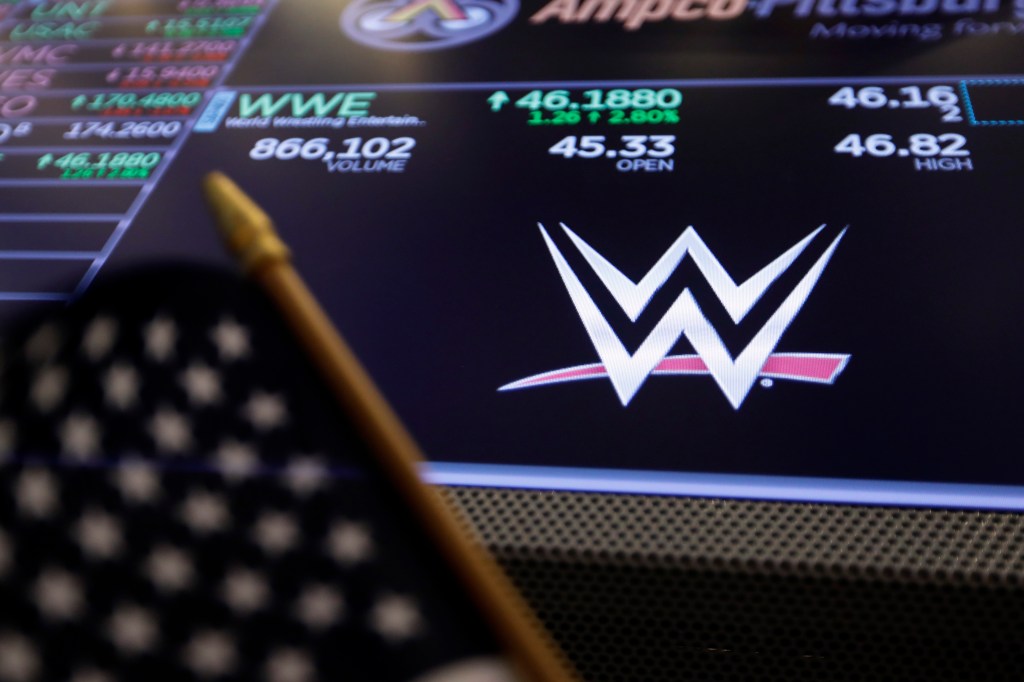 WWE Corp., which was put in a figure-four leg lock in 2020 by Covid-19, broke free in the second quarter and beat Wall Street estimates for revenue and earnings per share.

Total revenue of $265.6 million gained 19% from a year ago, with the wrestling entity crediting improved monetization and an uptick in live event revenue. In contrast with the doldrums of 2020, the company resumed its trademark live business in the quarter. WrestleMania, a WWE mainstay for almost four decades, became the first ticketed live event since the first quarter of 2020 when it was held in April in Tampa Bay, FL.

Earnings per share declined from 52 cents to 34 cents on a diluted basis, but that still decisively beat analysts’ consensus outlook for 23 cents. Wall Street had expected $252 million in quarterly revenue.

Last March, the stand-alone WWE Network streaming service was subsumed into NBCUniversal’s Peacock. The transaction gave a boost to the former and offered more favorable streaming economics to WWE. The network revenue line item, which includes licensing to Peacock and other partners, rose 24% in the quarter to reach $61.5 million.

Nick Khan, the former CAA co-head of TV who came to WWE last year as president and chief revenue officer, said early Peacock results have been positive. Pay-per-view bouts saw viewing increases of 25% to 46% over prior-year editions on the stand-alone WWE Network, he said. The viewership on Peacock was also “up considerably” from pre-pandemic PPV streams on WWE, he added.

Peacock viewing contributed to a company record for digital video views with 11.2 billion in the quarter, up 13% from the year-ago period, the company said.

Comcast announced earlier in the day that Peacock will soon expand internationally via Sky in 20 million UK and European households. Khan said WWE programming may not be part of an international version of Peacock, given the robust demand by several major streaming entities for “turnkey programming” that can be added to a global service.