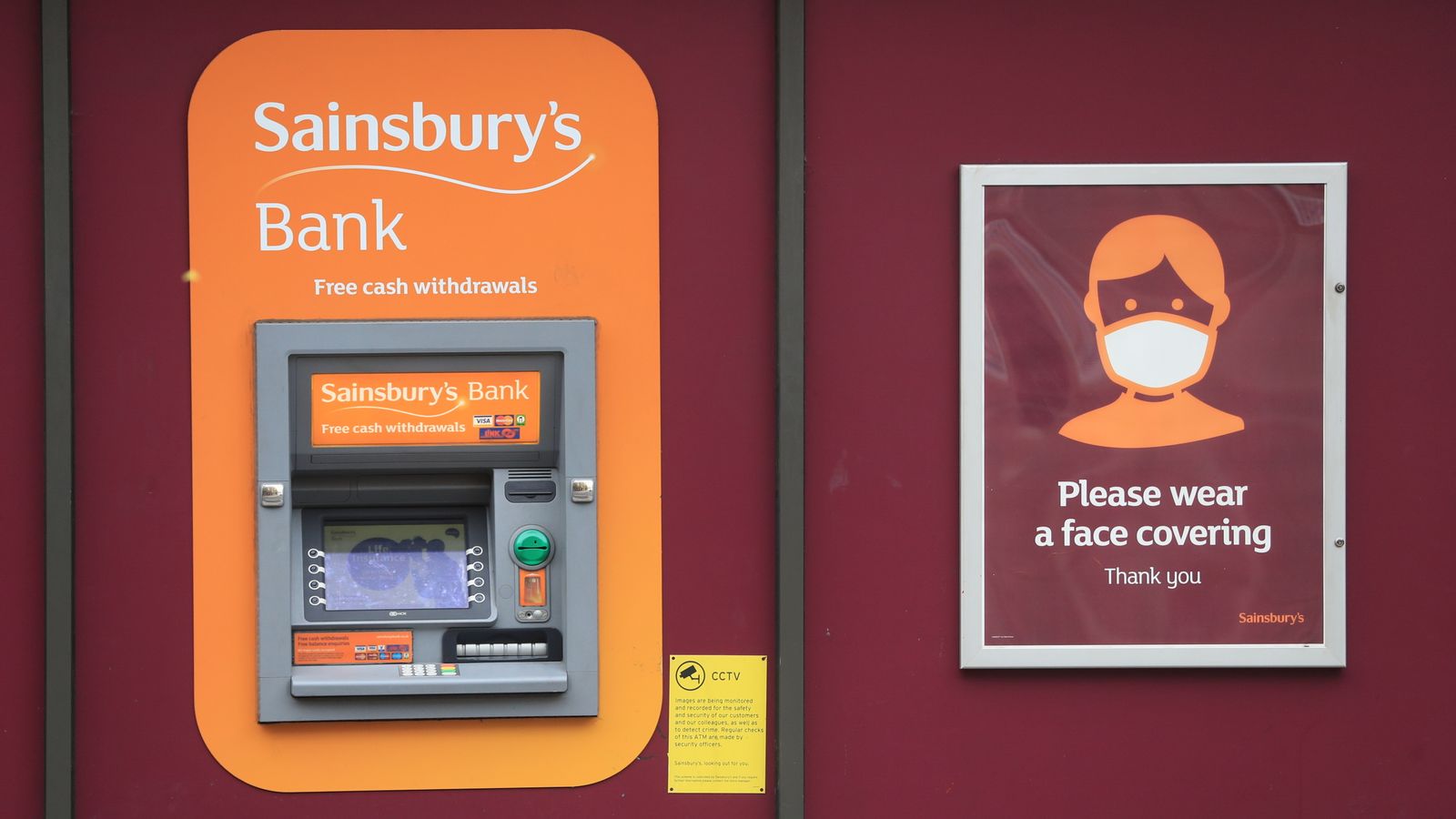 J Sainsbury, Britain’s second-biggest supermarket chain, is in advanced talks to sell its banking arm nearly a year after kicking off an auction of the division.

Sky News has learnt that the grocer is nearing an agreement to sell Sainsbury’s Bank to Centerbridge Partners, a US-based private equity firm.

The discussions are said to be within weeks of a potential agreement although they could still fall apart, a person close to Sainsbury’s said this weekend.

One analyst suggested that the purchase price was likely to be in the region of £200m.

It pulled out of the mortgage market in 2019, reflecting the intense price competition in the sector as a protracted period of ultra-low interest rates hurts the profitability of smaller lenders.

Centerbridge is an experienced investor in the banking sector, with interests in Europe and North America.

It previously backed Aldermore, the mid-sized lender, and was part of a consortium in 2015 which tried to acquire Williams & Glyn, a branch network that Royal Bank of Scotland – now NatWest Group – was ordered to sell under European state aid rules.

That deal failed to reach a conclusion because of technology problems that were plaguing RBS.

The Williams & Glyn business was being run by Jim Brown, a highly regarded executive who is now CEO of Sainsbury’s Bank.

Centerbridge is expected to use the purchase of Sainsbury’s Bank as a platform to buy other banking operations in the UK.

Under their deal, the private equity firm would acquire the business outright and use the Sainsbury’s brand under a licensing agreement with the supermarket chain.

Grocers’ foray into the banking sector over the last 25 years has met with little success despite the natural advantage of their enormous branch networks in the form of their stores.

Tesco Bank has sold its mortgage book and recently announced that it was pulling out of the current account market.

Meanwhile, Sainsbury’s has said it will not inject further capital into its banking arm.

Sainsbury’s took full control of the division in 2013, when it paid £260m to buy a 50% shareholding from joint venture partner Lloyds Banking Group.

The grocer launched its financial services business in 1997, with the promise of targeting customers through data gleaned from customer loyalty schemes stoking expectations that it could become a major profit engine for the group.

Despite taking full ownership of the Nectar loyalty programme, however, that potential has never been fully realised.

The company said little about the fate of the bank at a capital markets day in April, but has set a target of doubling underlying pre-tax profit and returning cash to the parent company by 2025.

News of the talks between Sainsbury’s and Centerbridge follows a week of frenzied speculation about the grocer’s future ownership.

Last weekend, The Sunday Times reported that private equity firms including Apollo Global Management were circling the supermarket chain with a view to launching a £7bn takeover bid.

The report sent Sainsbury’s shares soaring to a seven-year high, although they subsequently gave up much of those gains in the absence of any formal confirmation.

Apollo was one of the unsuccessful bidders for Asda last year, losing out to an offer from TDR Capital and Mohsin and Zuber Issa, the petrol station tycoons.

It has since entered talks about joining a consortium led by Fortress Investment Group, which is vying to acquire Wm Morrison, the UK’s fourth-biggest food retailer.

Fortress’s bid currently trails a 285p-a-share offer from Clayton Dubilier & Rice – whose interest in buying Morrisons was revealed by Sky News in June.

The flurry of corporate activity in the grocery retailing industry comes during a period in which a significant number of London-listed companies have been bid for in sensitive sectors including defence and healthcare.

Sainsbury’s, which is being advised on the bank talks by UBS, and Centerbridge both declined to comment.

Fear the Walking Dead Season 7 Episode 2 Review: Six Hours
Book Riot’s Deals of the Day for October 26, 2021
Winter Soldier Creator Wants Sebastian Stan to Star in Adaptation of New Graphic Novel Series
Agents of SHIELD Originally Intended to Use Johnny Blaze Instead of Robbie Reyes
A Woman Went Missing While Camping. Then Her Husband Confessed to Her Brutal Murder