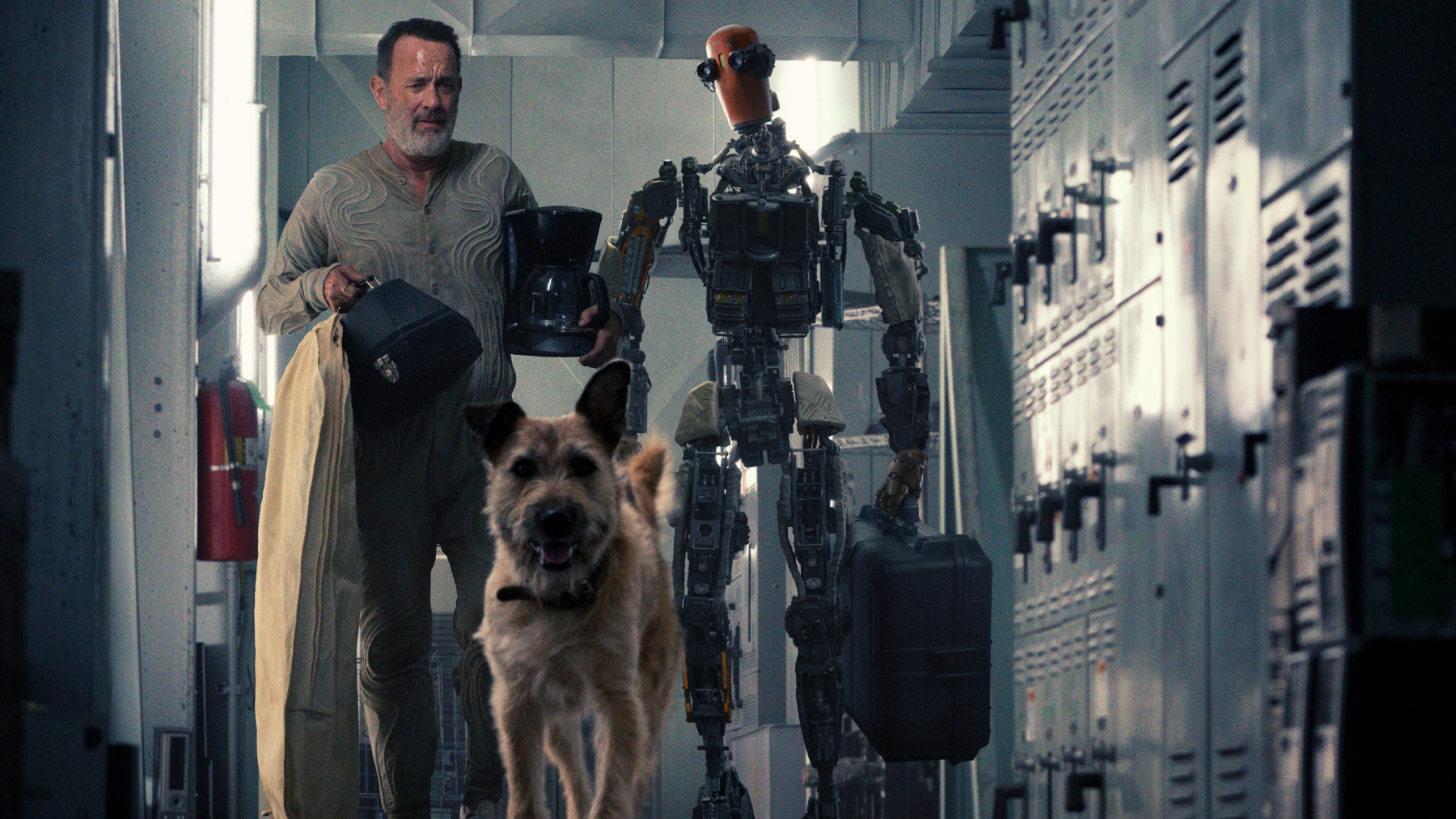 Tom Hanks, a dog and a robot venture through a post-apocalyptic wasteland in the new trailer for Finch, set to premiere November 5th on Apple TV+.

In the film, Hanks plays Finch, a robotics engineer and one of the few survivors of a catastrophic solar event that’s turned the world into a scorched wilderness. Holed up in an underground bunker for a decade, Finch has crafted a decent life for himself and his canine companion, Goodyear, although he’s also been building a robot named Jeff (voiced by Caleb Landry Jones), whom he hopes will look after Goodyear when he’s gone.

With a dangerous storm bearing down on them, Finch decides the trio must leave the bunker and head west. The trailer teases a mix of charming humor as Finch tries to teach Jeff how to fend for himself, and facilitate a bond between the robot and the wary Goodyear, but also plenty of action as the trio faces an array of environmental and other threats.

Finch was directed by Miguel Sapochnik, and is based on a script by Craig Luck and Ivor Powell.