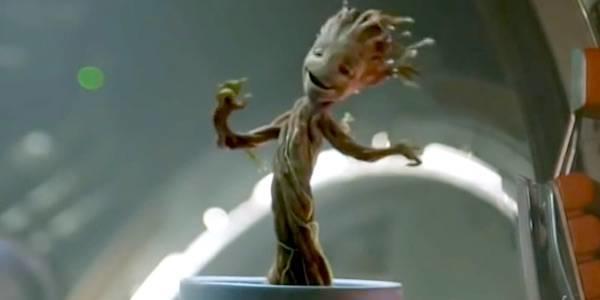 James Gunn is currently working hard with DC, gearing up for the upcoming Bly-ray and DVD release of The Suicide Squad as well as the highly-anticipated premiere of the John Cena-led Peacemaker series for HBO Max. However, despite Gunn’s heavy involvement with DC, the director hasn’t left behind his love for Marvel. In fact, he will soon be returning to the MCU to direct the Guardians of the Galaxy Holiday Special as well as the long-awaited Guardians of the Galaxy Vol. 3. In honor of the Guardians, Gunn took to Twiter today to share an epic video of storm clouds that look like Groot.

“And then Groot appeared in the darkened skies above,” Gunn wrote. You can check out the cool video in the post below:

And then Groot appeared in the darkened skies above. pic.twitter.com/xXF7q1J9gJ

Last week, Karen Gillan (Nebula) shared that the third installment of the Guardians trilogy is “so emotional” that when she read the script along with Pom Klementieff (Mantis), they were both in “floods of tears.” After that quote went viral, Gunn took to Twitter with a hilarious reaction. “Or maybe they just got paper cuts,” Gunn tweeted. “I hope it’s not because they thought they had too few lines because honestly their roles are both pretty huge and it seems greedy.”

Gunn also took to social media this month to show off a stack of storyboards for the upcoming threequel. He also teased that some stars from The Suicide Squad could be popping up in the new Guardians. “Sir, will you invite any actor or actress from Suicide Squad for Guardians of Galaxy V3,” one fan asked on Twitter. “That is a distinct possibility,” Gunn replied. Of course, Gunn is known for working with some of the same actors on multiple projects, including his brother Sean Gunn and Michael Rooker, who are both in the Guardians of the Galaxy movies as well as The Suicide Squad. The director could just be alluding to their returns (although, Gunn has no plans to resurrect Rooker’s Yondu), but we’re hoping there will be some unexpected cameos on the docket. This wouldn’t be too surprising considering Klementieff made a surprise appearance in The Suicide Squad.