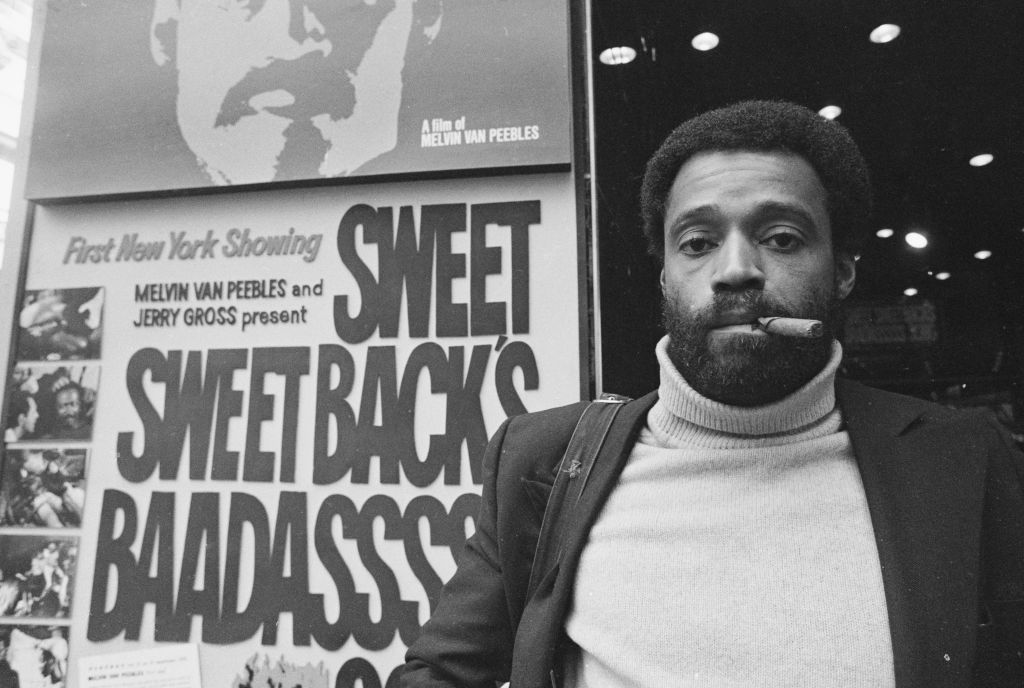 Melvin Van Peebles, the influential indie filmmaker who helped spawn the Blaxploitation genre with his 1971 film Sweet Sweetback’s Baadassss Song, has died at the age of 89.

The director/actor/composer/novelist/playwright — among many other talents — died Wednesday night at his home with his family. The Criterion Collection, which will release a retrospective box set of Van Peebles’ work next week, announced his death in a statement. “Van Peebles made an indelible mark on the international cultural landscape. He will be deeply missed,” Criterion added. No cause of death was revealed.

We are saddened to announce the passing of a giant of American cinema, Melvin Van Peebles, who died last night, at home with family, at the age of 89. In an unparalleled career, Van Peebles made an indelible mark on the international cultural landscape. He will be deeply missed. pic.twitter.com/HpciXXVoYo

“Dad knew that Black images matter,” Van Peebles’ son and actor Mario Van Peebles said in a statement. “If a picture is worth a thousand words, what was a movie worth? We want to be the success we see, thus we need to see ourselves being free. True liberation did not mean imitating the colonizer’s mentality. It meant appreciating the power, beauty and interconnectivity of all people.”

Van Peebles first established himself as a novelist and short-film director in Europe; he turned his 1967 novel La Permission into his directorial debut (as The Story of a Three Day Pass the following year. On the strength of that film, Van Peebles was hired by Columbia Pictures to direct the 1970 comedy Watermelon Man, about a white man who wakes up black; the multi-talented Van Peebles also composed the film’s score.

Despite Watermelon Man’s critical and commercial success, Van Peebles turned down a three-picture deal from Columbia to instead develop his most enduring work, Sweet Sweetback’s Baadassss Song.

Van Peebles wrote, directed, produced, starred in (as the title character), composed the music for (along with Earth, Wind and Fire) and edited Sweet Sweetback’s Baadasssss Song, which he made on a $500,000 budget; the film was a huge success, taking in over $10 million at the box office and, at the time, becoming the highest-grossing independent film ever.

The film was, as Rolling Stone critic Peter Travers wrote, “an X-rated cheapie that hit box-office pay dirt by capturing the rage African-American audiences felt toward the white establishment. The film became the black Easy Rider and sparked the blaxploitation era in the 1970s, movies made by blacks for blacks.”

The film was also the first in a series of three movies released that year that helped established the Blaxploitation genre: Months after Sweet Sweetback’s Baadasssss Song, Shaft arrived, followed by Superfly. (Decades later, Mario Van Peebles would portray his father in 2003 film Baadasssss!, about the making of the film.)

For the remainder of his career, Van Peebles would eschew Hollywood to tackle the projects he wanted his own way: The 1971 Broadway musical Ain’t Supposed to Die a Natural Death, the 1972 big screen musical Don’t Play Us Cheap, his early 1970s spoken word LP, the 1989 comedy Identity Crisis alongside his son Mario, and dozens of acting appearances along the way.