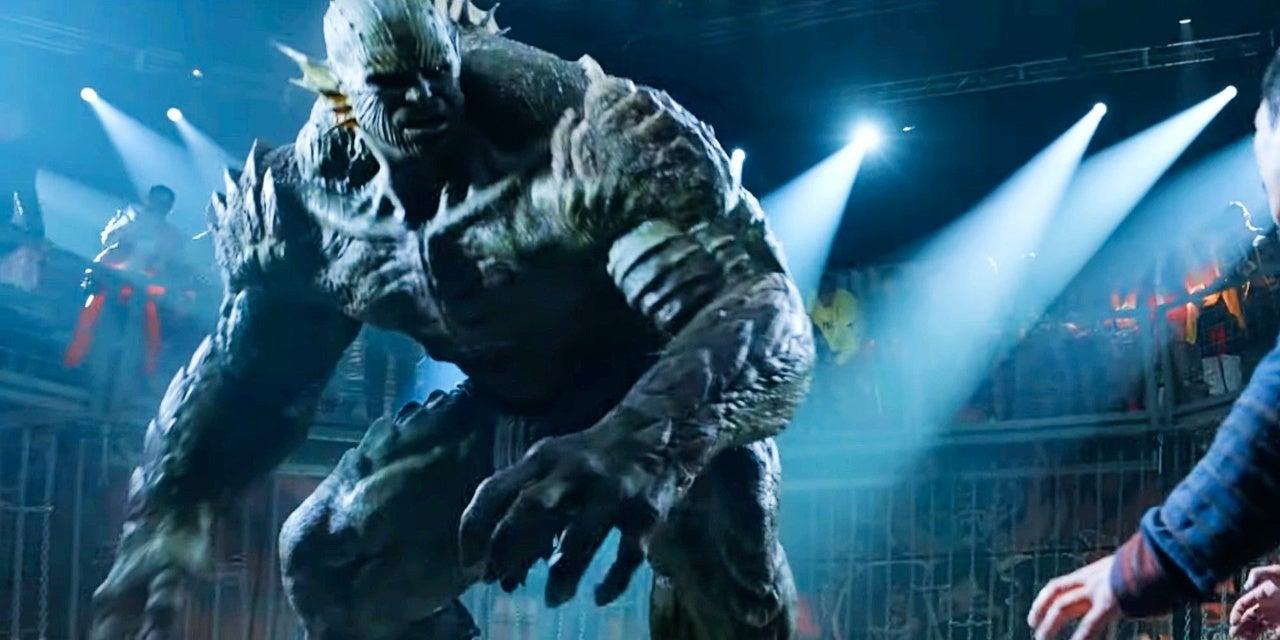 Ever since Shang-Chi and the Legend of the Ten Rings hit theaters earlier this month, the movie’s director has been sharing a lot of cool behind-the-scenes content from the film’s set. Destin Daniel Cretton has taken to Instagram to pay tribute to many people from the movie’s cast and crew, but his latest post is a fun peep at the return of Abomination (Tim Roth) from The Incredible Hulk. Shang-Chi features a vast cast of MCU newcomers, but fans were especially delighted to see the showdown between returning characters, Abomination and Wong (Benedict Wong). Fans knew the duo would be appearing in the film once the trailers featured their fight, and Cretton’s video hilariously includes someone carrying around Abomination’s giant foot.

“Can’t believe this is my job,” Cretton wrote. You can check out the post below:

Cretton recently spoke with The Hollywood Reporter and shared that he and his team had considered using other characters for the big fight at the Golden Daggers Club before landing on Abomination versus Wong.

“How we arrive at ideas is so hard to trace back to where they began,” Cretton explained. “Abomination was just a result of twenty-to-thirty what-ifs. And then we landed on a pairing that felt really great, but it was also a pairing that made sense to what’s happening in the MCU around the time of our movie. So there are definite links happening that you will pick up on if you’re involved with everything else that’s happening in the MCU.”

Producer Jonathan Schwartz previously shared his take on why Abomination was the right fit for Shang-Chi when speaking with ComicBook.com

“We love that moment. We sort of knew, Destin and I, that there had to be a big, kind of showcasing fight between two known characters in there, and it just became this big talk w th us in talking about who made sense, and who’d be cool, and who we would think it would be a good fight between,” Schwartz said. “And we ended up with wanting Abomination because it seemed to make the most story sense for where we’re going to find him in this universe, and also, just be a cool, awesome fight. And it fell along those lines, like it was a good time to refresh Abomination’s look. We haven’t seen him for a while, so I think everyone was excited to kind of see him at all in weird glory.”

Shang-Chi and the Legend of the Ten Rings is now playing in theaters.