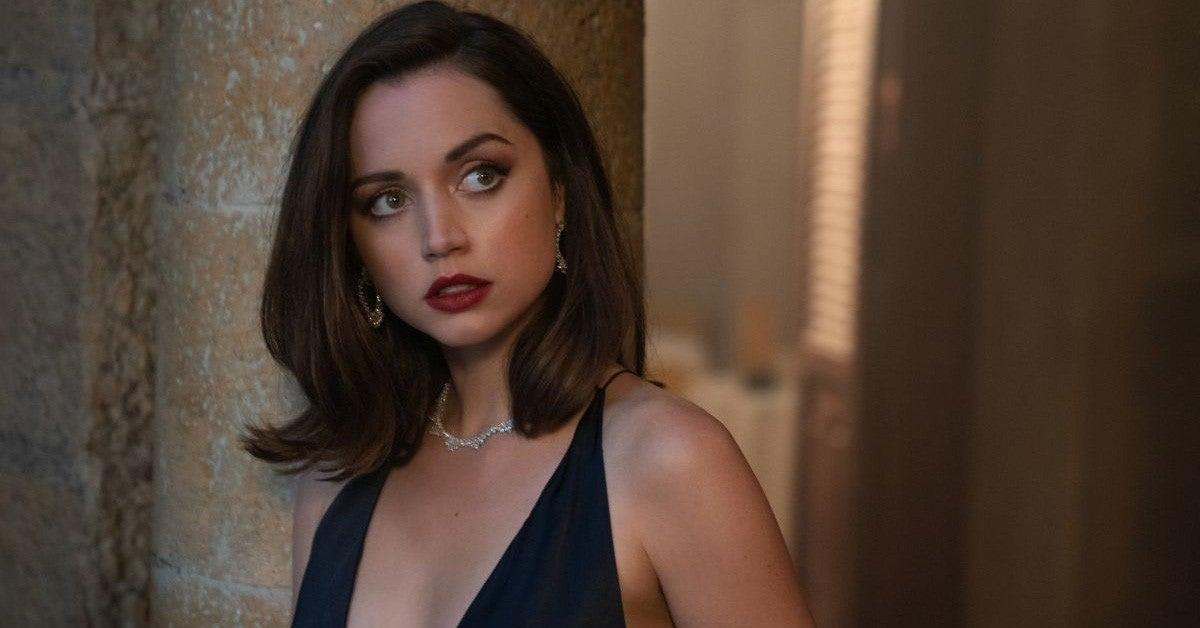 After quite a long wait, Daniel Craig‘s fifth and final James Bond film is finally hitting theaters next week. No Time to Die is set to feature a star-studded line-up, including Ana de Armas (Knives Out, Blade Runner 2049) as the next Bond girl, Paloma. The early reviews for No Time to Die have been mostly positive with a current Rotten Tomatoes score of 86% after 81 reviews. ComicBook.com’s own Patrick Cavanaugh gave the movie a 4 out of 5 and called it a “satisfying send-off” for Craig. The movie had its big premiere last night, and de Armas recently spoke to The Sun about her role.

“Paloma is a really complete character. She’s definitely something else that I don’t think we’ve seen in other Bond girls in previous movies. She’s a lot of fun – very active, very badass,” de Armas shared. “I think the construction of the wardrobe is one of my favorite parts of the process,” she added.

Cary Fukunaga is directing the No Time to Die with a script he co-wrote alongside Neal Purvis, Robert Wade, Scott Z.Burns, and Phoebe Waller-Bridge. The film stars Daniel Craig, Rami Malek, Ralph Fiennes, Ben Whishaw, Naomie Harris, Lashana Lynch, Jeffrey Wright, Lea Seydoux, and Billy Magnussen. Christoph Waltz will be making a return as the villain Blofeld. You can read the official synopsis here: “In NO TIME TO DIE, Bond has left active service and is enjoying a tranquil life in Jamaica. His peace is short-lived when his old friend Felix Leiter from the CIA turns up asking for help. The mission to rescue a kidnapped scientist turns out to be far more treacherous than expected, leading Bond onto the trail of a mysterious villain armed with dangerous new technology.”

This week, 007 franchise producer Barbara Broccoli revealed that they are not currently conducting their search for the new Bond and that the process will probably begin sometime next year. There have been many big names tossed around for the iconic role, but Craig isn’t interested in weighing in on the discussion. In fact, was asked if he had “any preferences” for the next Bond during a red carpet interview at last night’s No Time to Die premiere, Craig bluntly replied, “Not my problem.”

No Time to Die will be released in theaters on October 8th.

Fox News Parts Ways With Lara Trump As Her Father-In-Law Starts Presidential Campaign
Here are the Best Books of 2022, According to Buzzfeed
Here’s a detailed look at the history of social media
‘Guillermo Del Toro’s Pinocchio’ Gets Sendoff At New York’s Museum Of Modern Art Before Netflix Premiere And Exhibition Opening
New York Times Journalists Prepare For 24-Hour Strike As Union And Management Fail To Reach Agreement