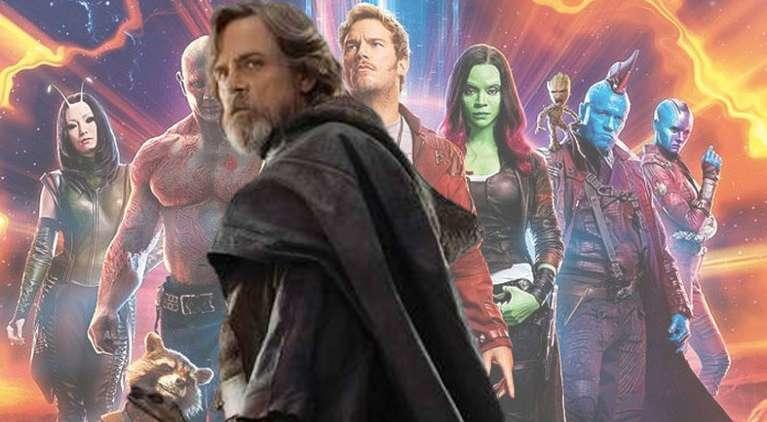 Thanks to his adventures in a galaxy far, far away, fans have been hoping that Star Wars actor Mark Hamill could make an appearance in an upcoming Guardians of the Galaxy project from James Gunn, with those fans becoming even more invested after watching the two discover they were neighbors during an exchange on social media. With production on Guardians of the Galaxy Vol. 3 right around the corner and with fans knowing that Gunn was also developing the Guardians of the Galaxy Holiday Special, there’s plenty of speculation that Hamill’s appearance in the Marvel Cinematic Universe is just a matter of time, though Hamill notes that Gunn “doesn’t need” the actor, while also pointing out, “We’ll see what happens”

“I’m a huge fan of James Gunn, there’s no doubt about that. I’ve seen all of his stuff, from Slither through the Guardians movies, and I think he’s great,” Hamill detailed to ComicBook.com. “We touched base because one Sunday night, I discovered he said something on Twitter and I replied back to him, he was answering a question, he said, ‘I suppose I could ask Mark, I hear he’s a neighbor of mine,’ which was news to me. So we went back and forth and it was great fun and I said, ‘I’d love to meet you, not only as a good neighbor, but also as an out-of-work actor.’ I was hardly subtle about it.”

He continued, “He came over with his girlfriend and spent the afternoon, we had a great time, but we never talked about me working for him or anything like that. He was just a friend. I’d never put him on the spot like that, so we’ll see what happens. But he doesn’t need me, his movies are really well cast and I just really enjoy watching them.”

Based on these remarks, it sounds as though Hamill himself isn’t necessarily pining to pick up more projects, especially given that he detailed how he’s more likely to recommend other performers for roles that come his way.

“I’m at the stage in my career where I’ll be offered things and I’ll say, ‘You know who’d be really good in this? Peter MacNicol,'” Hamill joked. “I start suggesting other actors because it was hard for me to go to The Machine. It was in Serbia, it was three months or something and I’m one of these people that loves puttering around the house. I have a nice, little, one-acre plot of land, I have my wife and my dogs and my pool, I really don’t need anything else. I’m always saying, ‘I want to take it easy,’ and my agent says, ‘Stop talking like that! Get back to work!'”

In the meantime, fans can hear Hamill in the latest episode of Creepshow on Shudder.

In the animated story “The Things In Oakwood’s Past,” the town of Oakwood has a storied past, and the opening of a time capsule is an exciting moment of remembrance. But can a local librarian keep a darker part of the town’s history from repeating itself?

Stay tuned for details on Hamill’s possible future with the MCU. Hamill’s episode of Creepshow is now streaming on Shudder.

Would you like to see Hamill join a Guardians project? Let us know in the comments below or contact Patrick Cavanaugh directly on Twitter to talk all things horror and Star Wars!