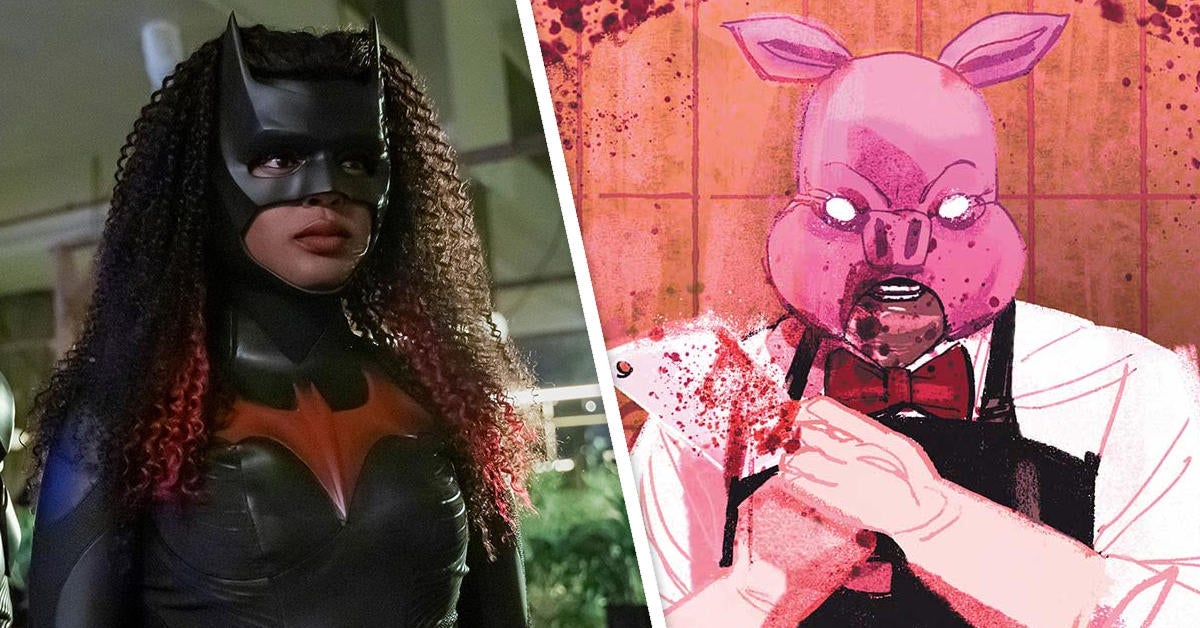 The CW has released a new synopsis for “A Lesson from Professor Pyg“, the fifth episode of Batwoman‘s fifth season. As the title suggests, the episode is expected to introduce the show’s take on yet another infamous Batman villain — Professor Pyg. It’s unclear at this point if the version of the character will be Lazlo Valentin, the man who holds the mantle in the pages of DC Comics, or someone else entirely, but given the track record Batwoman has had in its third season, it might be some sort of reinvention — one who causes trouble at a key dinner between Ryan Wilder (Javicia Leslie), Jada Jet (Robin Givens), and company.

You can check out the synopsis for “A Lesson From Professor Pyg” below!

“COME AND GET IT – Ryan (Javicia Leslie) asks Sophie (Meagan Tandy) to accompany her to a dinner at Jada’s (Robin Givens) to do recon on what her estranged mother knows about Wayne Enterprises, but the evening takes a turn when an uninvited guest drops in on the intimate gathering. As the terrifying evening unfolds, Ryan witnesses another side to Marquis (Nick Creegan) and her mother. Also starring Rachel Skarsten, Nicole Kang, Camrus Johnson and Victoria Cartagena. David Ramsey directed the episode written by Ebony Gilbert and Caroline Dries.”

“So freaking epic,” Leslie said of the Batman villains storyline in an interview shortly after the Season 2 finale. “Like literally a lot of your epic Batman villains, we have all of their weapons and they’ve all been released into the river and people are going to find [them] and you’re going to find the effects that these weapons have on these normal Gotham citizens and then becoming like these supervillains, and it’s just going to be so much fun. I can’t wait! I’m excited because we’re about to start shooting season 3 and I can’t wait to read the scripts and to see where it goes.”

What do you think of Professor Pyg appearing on Season 3 of Batwoman? Share your thoughts with us in the comments below!

Batwoman airs Wednesdays at 9/8c on The CW. “A Lesson From Professor Pyg” will air on November 10th.