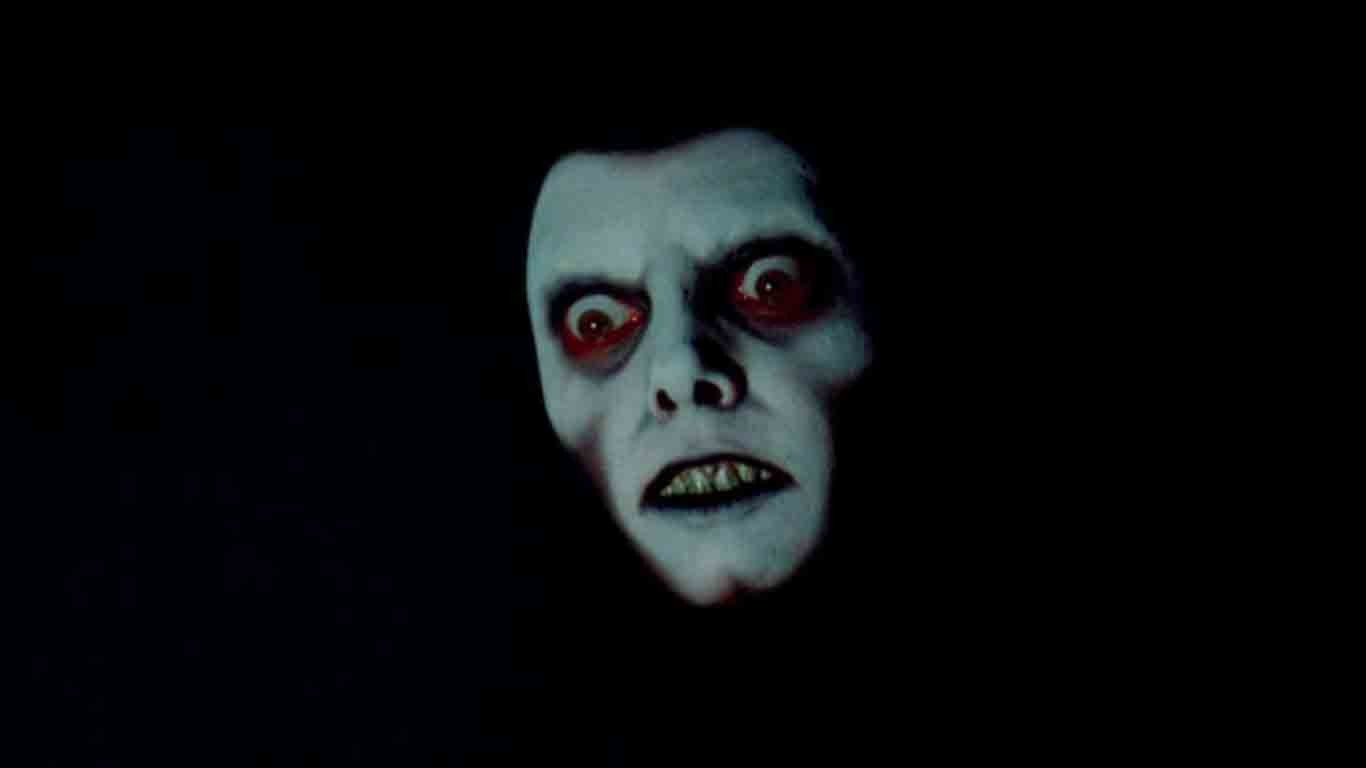 If a picture paints a thousand words, then here are a bunch of nightmares in the making. The Den of Geek team has put their heads together to identify some of the most haunting single images in horror genre history. Those shots that just on their own can send shivers down your spine. Moments, or pieces of artwork, that immediately make you go “nope!” The kind of image that’ll make you change the channel, throw out your DVD, hit reset on your console, or put down that book. The thing you can never unsee, and remains embedded in your brain whenever you think about horror.

This. This is the worst thing ever. This image is from Lake Mungo and it’s impossible to explain what is so utterly awful about this image without spoilers. You don’t want spoilers for Lake Mungo – go away with you. But if you have watched the movie…

This shot is the answer, the terrible answer, to what scared Alice Palmer so very much on that trip to Lake Mungo. It’s her. It’s her own drowned corpse, yet to happen, but coming inexorably, slowly approaching her in the dark. By the time the viewer is exposed to it, very close to the end of the film, we already know what we are going to see. We know and it’s almost unbearable. Alice is already dead by drowning, and now we understand how utterly terrified and alone she was beforehand. Lake Mungo begins with these chilling words from Alice “I feel like something bad is going to happen to me. I feel like something bad has happened to me, it hasn’t reached me yet but it’s on its way. And it’s getting closer.” This image is the “something bad.” – Rosie Fletcher

Scary Stories to Tell in the Dark

Let me start by saying that this turned out to be a FAR more lucrative prompt than I anticipated. Upon close reflection, I realized that there are dozens of terrifying images from my pop culture life that continue to haunt me. These include: Paulie’s Virgin Mary vision in The Sopranos, the “Big Foot” style alien video in Signs, the first appearance of The Bent-Neck Lady in The Haunting of Hill House, and so, so many more. In keeping with the spirit of the assignment, however, I can only choose one.

So I’m going with “The Bride,” one of illustrator Stephen Gammell’s macabre works from the Scary Stories to Tell in the Dark book series. All of Gammell’s art in these ostensible children’s books is truly disturbing, but “The Bride” takes things up a notch. Kudos to the book publisher who saw the image of an emaciated woman’s corpse covered in cobwebs and thought “yeah, this’ll work for the kids.” – Alec Bojalad

It shouldn’t be possible for so much dread to be contained in a daylight shot of a busy New York City street in June, but that’s what makes this image so haunting. A heavily pregnant and desperate Rosemary Woodhouse tries to escape a Satanic conspiracy by calling her doctor for help. She knows her captors will be coming for her at any moment. As she begs, she can’t see the man who appears outside the phone booth, but we can, and we know what he means. It’s over. She’s been caught. That the man turns out to be no threat but just a passer-by (and a cameo by Rosemary’s Baby producer William Castle) is a devilish trick and proof of the expert paranoia this film conjures. – Louisa Mellor

Hideo Kojima and Guillermo del Toro’s brilliant “Playable Teaser” for the Silent Hills game they never got to make remains one of the scariest experiences in PlayStation history. Trapped in a looping corridor haunted by the memories of a series of grisly killings, you play as an unnamed character who doesn’t remember ever entering this house. All you know is that you want to leave…and fast. That’s the objective of the game: escape the corridor. But it’s not as easy as solving a few puzzles, finding a key, and opening the door at the end of the hallway.

You must also get past Lisa, the angry spirit of a woman who was murdered inside the house. At first, you’re not aware of her presence as you make your way through the corridor — once, twice, three times — solving the puzzles that will earn you your freedom, but if you go back and play the game again, you learn that she’s been stalking you the entire time, watching you from the upstairs railing or from the other side of a window.

The very first time you encounter Lisa in the flesh remains the most harrowing moment in the game, though. You turn a corner and she’s there, standing just a few feet away, under the light but still covered in shadow. The game dares you to walk towards her — there’s no other direction to go except forward — and you’re left to decide whether to keep playing or leave the protagonist to figure their own shit out. Only the bravest of players will move any closer… – John Saavedra

It’s only on the screen for a brief, nearly subliminal flash (which is repeated later in the film), but this image of the face of — Who? Captain Howdy? Pazuzu? Some other entity inside the body of Regan MacNeil? — has been terrifying viewers of The Exorcist for nearly 50 years. The dream sequence in which it occurs is thoroughly unsettling to begin with, and this flickering glance at evil perfected and personified comes at just the right second to make one scream out loud. – Don Kaye

Vampires have never been scarier on-screen than when Ralphie Glick floated outside of Danny Glick’s window in Tobe Hooper’s 1979 adaptation of Stephen King’s ‘Salem’s Lot. As he later proved in Poltergeist, Hooper is the master of distilling all of our childhood fears into unforgettable images. – Matthew Byrd

What are the moments in horror fiction that still haunt you? Tell us in the comments!

The Wheel of Time: The Bond Between Aes Sedai and Warders Explained
The Wheel of Time Episode 4 Finally Meets the Show’s True Potential
Marilyn Monroe And Joe DiMaggio Signed Concert Ad Hits Auction
How Masters of the Universe: Revelation’s Grand Plan for He-Man and Skeletor Came Together
Benedict Cumberbatch Explains Reasons for Doctor Strange in the Multiverse of Madness Reshoots