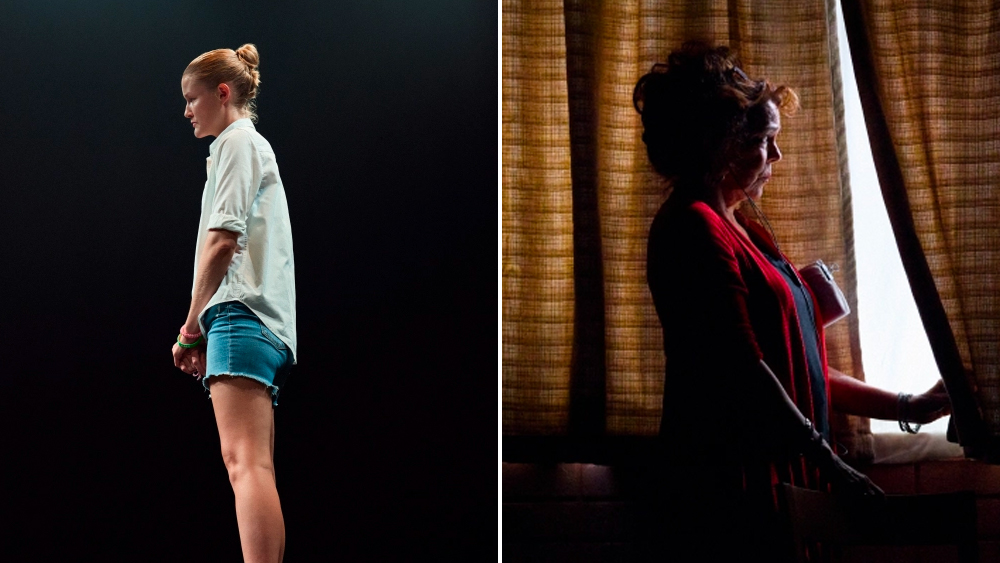 The first clear sign that Broadway’s road to recovery will be a very bumpy one came today with the announced early closings of Is This a Room and Dana H., two critically acclaimed plays performing on alternative nights at the Lyceum Theatre.

Producer Matt Ross, speaking for himself and partners Sally Horchow and Dori Berinstein, told Deadline, “We are in a uniquely challenging time for theatre. Ticket sales have steadily increased for the shows but despite effusive reactions from both audiences and critics, the finances of the production don’t allow us to buy more time to reach a sustainable level, especially without the federal or state funding to use as working capital.”

The plays — each performed without an intermission, each making bold and innovative use of documentary techniques and styles and each running at half, or less than half, the length of more typical Broadway fare — received the type of across-the-board rave reviews most producers can only dream about. Is This a Room uses the actual transcripts of an FBI interrogation of whistleblower Reality Winner in a chilling depiction of a cat-and-mouse game conceived and directed by Tina Satter. Emily Davis gives a star-making performances as Winner.

‘Is This A Room’ Broadway Review: The Unnerving Interrogation Of Reality Winner As Impeccable Drama

Dana H. was equally acclaimed. Playwright Lucas Hnath used the actual tape-recorded interviews of his mother Dana Higginbotham to convey a terrifying true story of her kidnapping. Actress Deirdre O’Connell, who, like Davis, is almost guaranteed a Tony nomination next year, performed the testimony by lip-syncing to the recordings.

In a statement announcing the early closings, the producers said, “We are so proud that these two extraordinary, groundbreaking plays have had a chance to receive Broadway life and the celebration they deserve. Each of these plays expands the definition of what a Broadway play can be in thrilling and innovative ways. While we would’ve loved to run through our original end date, we recognize that we are in a challenging landscape for live performance and we’re grateful to have had a chance to share this work. We urge audiences to not miss out on what audiences and critics have rightly called ‘unmissable’ new theatre.”

Both plays enjoyed previous Off Broadway runs. Is This a Room began previews on Broadway on September 24, with an official opening on Oct. 11. Dana H. began previews on Oct. 1, and officially opened on Oct. 17. The two plays perform on a rotating schedule at Broadway’s Lyceum Theatre, a rather experimental approach to showcasing two plays with shorter-than-standard running times.

Broadway attendance and sales have been difficult to gauge this season, as The Broadway League is not releasing weekly ticket grosses as it has over the past many years due, the League says, to the usual performance schedules of the various productions.