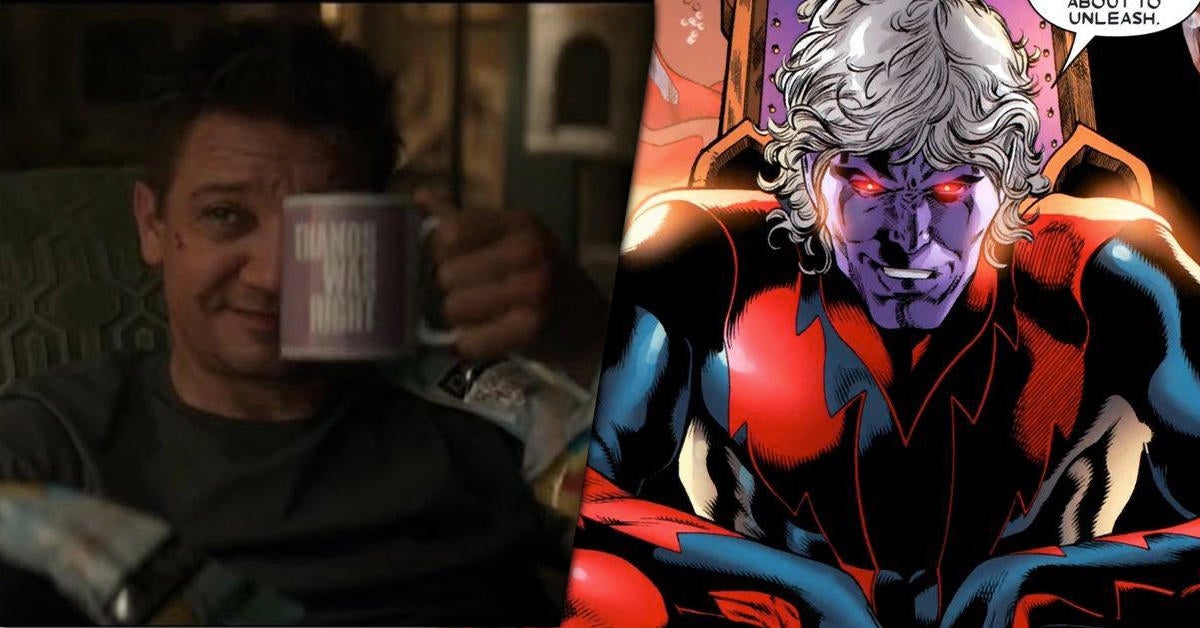 Thanos was right. Throughout the first two episodes of Hawkeye, the phrase was seen more than once. As hinted in The Falcon and the Winter Soldier, there’s a sizable contingent within the Marvel Cinematic Universe that earnestly believes the Mad Titan did the proper thing by killing half of all life across the universe. During Hawkeye, we see the phrase scribbled on a urinal inside the bathroom of a Broadway theater. Moments later, however, it’s revealed the movement isn’t just some afterthought.

Clint Barton (Jeremy Renner) can be seen drinking from a mug that says the same phrase later on in the two-part premiere. The movement has gotten people dedicated to the cause enough they’re actually making merchandise for it. Despite the series remaining one of the most microscopic things Marvel has ever done, that plot thread—if you can call it that—could already be laying the groundwork for one of the MCU’s next largest cosmic stories.

Enter, the Universal Church of Truth. And just a heads up, you’ll definitely need a tinfoil hat for this one.

The cosmic religion has often been associated with Adam Warlock and the Magus, and it’s something that could already be in the earliest stages of development in the MCU. We already know Adam Warlock is on the way, but society’s apparent obsession with Thanos’ ideology is arguably the most major stepping stone one could ask for.

In the comics, the Church worships Magus—the evil portion of Adam Warlock’s being—and goes from planet to planet, forcefully making entire species become part of the church. In the comics, Magus was actually created by Marvel’s version of the Eldritch Gods as an opponent worthy of shutting down Thanos.

As we’ve seen elsewhere in the MCU, however, the live-action franchise has altered comic origins wherever necessary. Because of that, let’s say the MCU’s version of Magus is actually going to be a replacement for Thanos. At some point in the timeline, hypothetically, this “Thanos was right” movement could morph into an organized effort. After all, if there are radical ideologists on Earth, there’s a good chance they’re also on other planets elsewhere.

Maybe somewhere amongst the cosmos, a sect of the group is already trying to create the Magus—or maybe this theory is too far out there, it’ll never come to life.

The first two episodes of Hawkeye are now streaming on Disney+.

What other characters do you hope to see pop up in Hawkeye? Let us know your thoughts in the comments section or by hitting our writer @AdamBarnhardt up on Twitter to chat all things MCU!