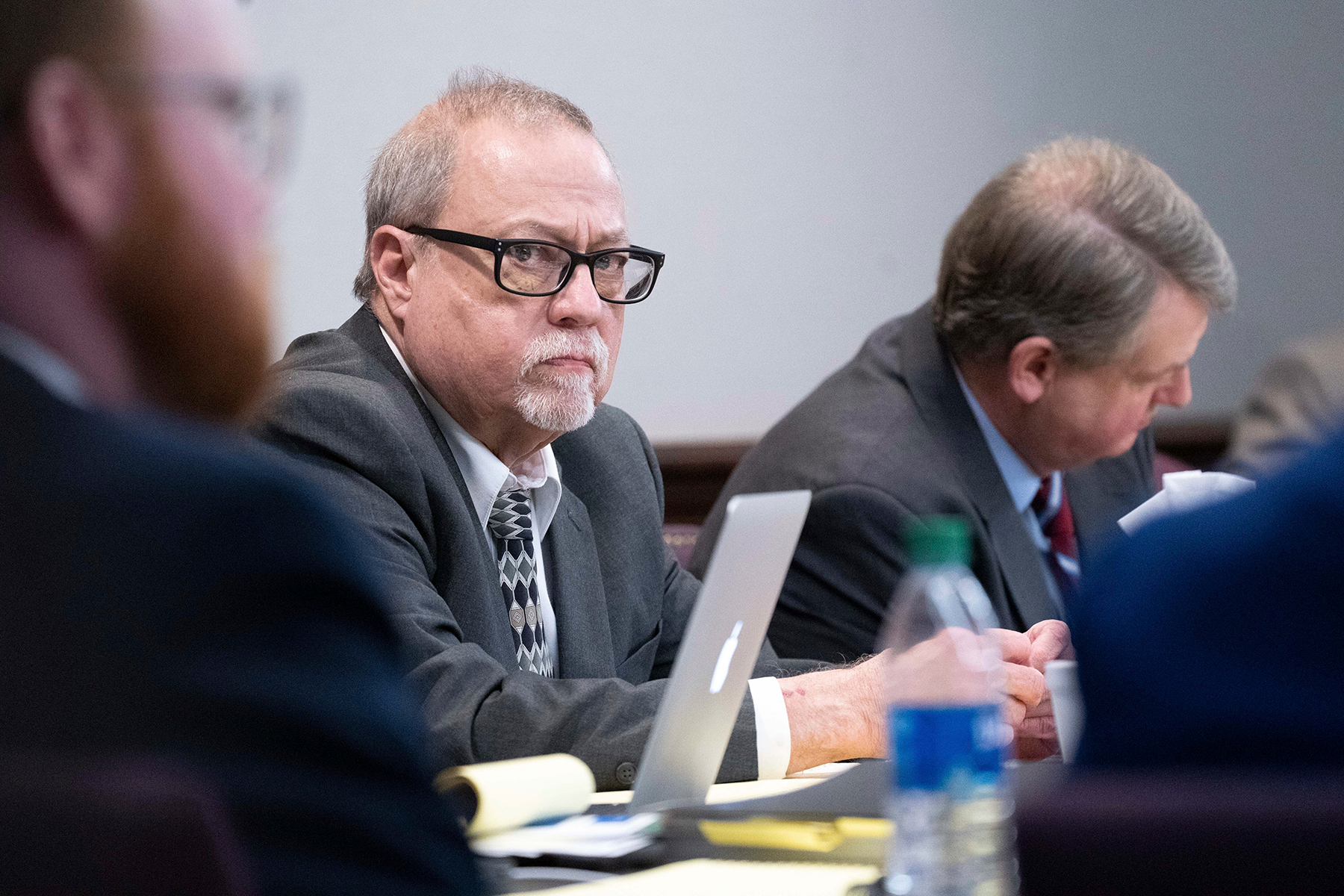 A jury on Wednesday found three men guilty of the murder of Ahmaud Arbery, who’d been shot at close range while running through a residential neighborhood in Georgia. Father and son Greg McMichael and Travis McMichael, along with their neighbor, William “Roddie” Bryan had each been charged with aggravated assault, false imprisonment, malice murder, felony murder, and other charges. Travis McMichael was the only defendant to be convicted of malice murder.

Jurors deliberated for around 10 hours over two days after closing arguments concluded with the prosecution’s final rebuttal Tuesday morning. Throughout the two-week trial, the state described the three defendants as aggressors who had chased, cornered, and killed Arbery. The defendants claimed they suspected Arbery of a crime and had been attempting a legitimate citizen’s arrest, eventually being forced to act in self-defense.

The 30 Sexiest Music Videos of All Time

Marcus Arbery, Ahmaud’s father, leapt up as the verdict was read, prompting Judge Timothy Walmsley to have him escorted out of the courtroom. “It’s been a long time coming,” Marcus Arbery said as he was leaving.

“I don’t want to see no daddy watch their kid get lynched and shot down like this,” he said outside the courtroom. “Let’s keep fighting and making this a better place for all human beings. Love everybody. All human beings need to be treated equally. Today is a good day.”

“It’s been a long fight, it’s been hard fight, but God is good,” added Wanda Cooper-Jones, Arbery’s mother. “I never saw this day, back in 2020. I never thought this day would come, but God is good.”

On Feb. 23, 2020, Travis and Greg McMichaels saw 25-year-old Arbery running past Travis’ house in the neighborhood of Satilla Shores. Father and son had grabbed their guns and pursued him in a pickup truck. Bryan, a neighbor, joined the chase and recorded the final fatal encounter between Arbery and Travis McMichael on his phone. The case went for more than two months with no arrests. After video from the shooting leaked to the public, Arbery’s death sparked protests for racial justice, as many described the shooting as a prominent instance of racial violence.

The decision comes less than a week after 18-year-old Kyle Rittenhouse was acquitted of murder charges after shooting three people — killing two — during a night of unrest following the police shooting of Jacob Blake, an unarmed Black man, in Kenosha, Wisconsin. Rittenhouse’s successful self-defense claim sparked protests in the city, and conversations about vigilantism and perceived racial double-standards in the justice system.

President Biden responded to Rittenhouse’s acquittal with a statement saying the “jury system works, and we have to abide by it.” He called the Arbery verdict on Wednesday an example of “the justice system doing its job,” while making a point that the nation still has a lot of work to be done in the fight for racial justice. “We must recommit ourselves to building a future of unity and shared strength, where no one fears violence because of the color of their skin.”

Issues of race had loomed large during the trial, although the prosecution did not explicitly allege racial bias in the killing. Jury selection eliminated all but one Black juror from the panel of 12, for example, and a defense lawyer pushed unsuccessfully to bar “Black pastors” from the courtroom, claiming they could be “intimidating” or otherwise influence the jurors after the Reverends Al Sharpton and Jesse Jackson attended the proceedings.

In closing arguments, lead prosecutor for the state Linda Dunikoski had said the three defendants had assumed the worst about Arbery’s behavior and “attacked” him “because he was a Black man running down the street.” She repeatedly said the law did not allow a person to claim self defense if they were the “initial, unjustified aggressor” in an altercation and pointed to the decision the McMichaels made to bring guns when they chased Arbery. “You cannot create the situation, then say, ‘I was defending myself,’” she said, adding, “If you use excessive force during your self-defense you’re not justified — you’re guilty.” She also argued that one person can’t order another person to stop and talk to them, as the McMichaels said they had done with Arbery, whom they suspected in recent break-ins in the area.

Dunikoski asked the jury to find the three men guilty on all counts, even though Travis McMichaels was the one who pulled the trigger. She compared them to a football team working toward a big victory. “Everybody gets a Super Bowl ring,” she said.

Lawyers for the McMichaels argued in closing that the men were being good neighbors and never intended to hurt anyone. “Duty and responsibility and following the law will always be intertwined with heartache and tragedy,” said Jason Sheffield, a lawyer for Travis McMichael.

They framed Arbery as a criminal. Laura Hogue, the lawyer for Greg McMichael described Arbery as a “recurring nighttime intruder” in the neighborhood, pointing to several alleged instances of Arbery walking into a house that was under construction.

Hogue argued that it was Arbery’s choice to “fight,” and to run toward a man holding a shotgun that left Travis McMichael no alternative but to attempt a citizen’s arrest, which would end up killing Arbery. Hogue also drew headlines for talking about Arbery having “long, dirty toenails” when describing what he was wearing that day. Sheffield likewise claimed that although Travis McMichaels had intended to deescalate the situation rather than cause harm, he ultimately acted in defense of his life. “You are allowed to defend yourself,” Mr. Sheffield said. “At that moment, Travis believed it was necessary.”

Bryan’s lawyer, meanwhile had sought to distance Bryan from the other defendants, claiming Bryan was only there to record the incident, although Bryan had described running Arbery off the road with his truck multiple times during the chase.

Britney Spears Not Involved in The Weeknd’s ‘The Idol’
Luke Combs Performs A Medley Of Hits During Cowboys Thanksgiving Halftime Show
Doctor Who: Flux Episode 4 Review – Village of the Angels
The Wheel of Time: The Bond Between Aes Sedai and Warders Explained
Will Ryan Dies: Emmy-Nominated Disney Voice Actor, Former ASIFA President Was 72