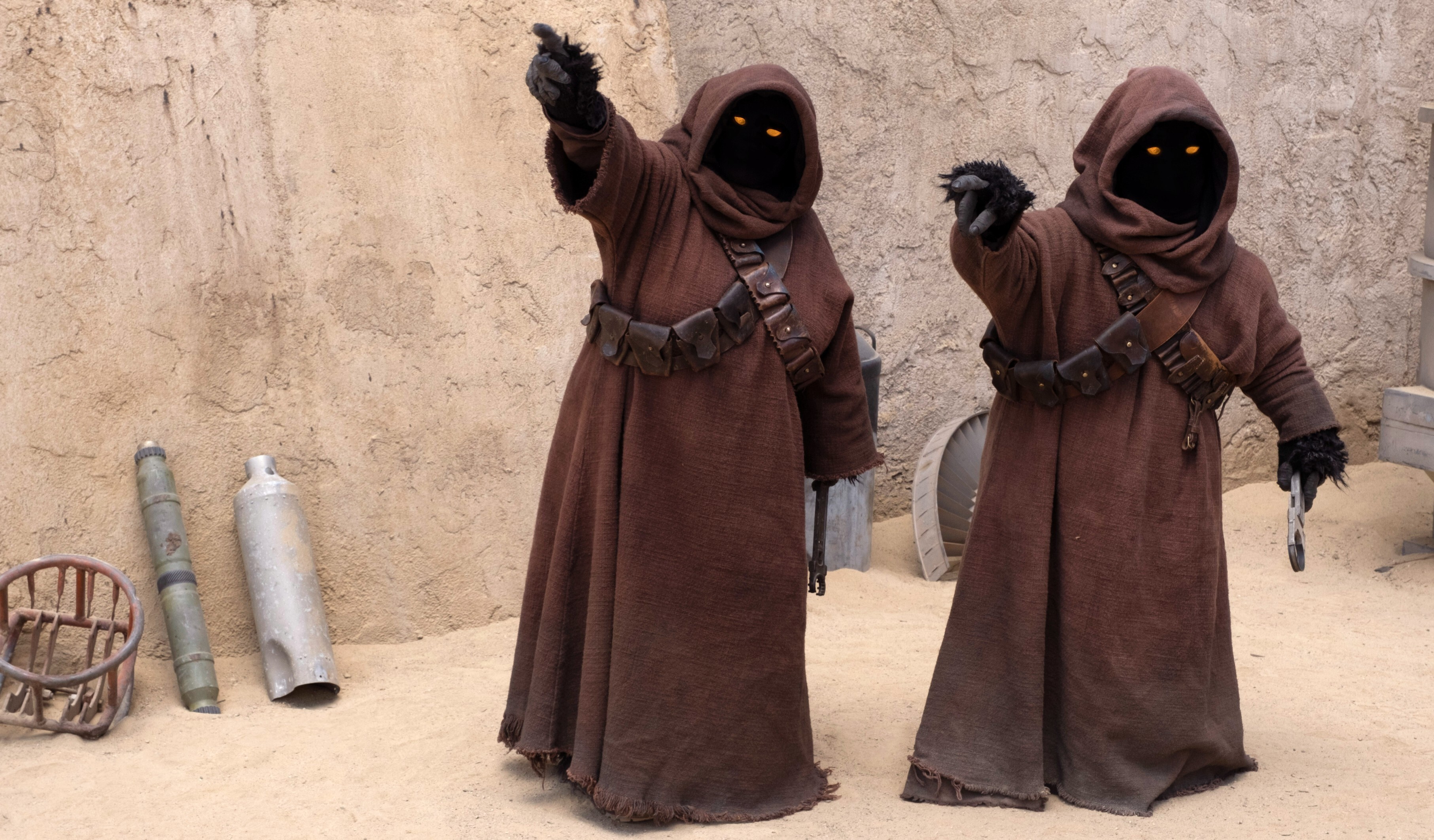 Organized crime on Tatooine is a full-time job. Boba Fett fights off a bounty hunter and makes some new allies in “The Streets of Mos Espa,” all while also preparing for the next threat that’s incoming.

Like the rest of the show, this episode of The Book of Boba Fett has many Original Trilogy references and familiar sights. Take a look at all the Star Wars easter eggs and references we spotted in this episode…

Danny Trejo as the Rancor Keeper

You can read more about Trejo and the rancor keeper here.

Stephen Root as the Water Monger

Stephen Root plays Lortha Peel, the water monger. He’s a prolific comic actor seen in Office Space, Succession, and Seinfeld, among many other live action and animated appearances. He also can now claim both “Star” franchises, as he played a Klingon captain in Star Trek: The Next Generation.

Sophie Thatcher as Drash the Biker

Thatcher plays Drash, the leader of the swoop bike gang. She also stars in Yellowjackets, one of the best shows currently airing on American television.

The beast in Return of the Jedi was in fact an intelligent and emotionally complex creature, the rancor keeper explains.

When Boba says he’s ridden bigger creatures than the rancor, he could be referring to the Paar’s ichthyodont in the Star Wars Holiday Special. This animated sequence, which marks Boba’s Star Wars debut, is considered the best part of the infamous special.

You can read more about Boba Fett’s origins here.

The painting the speeder chase destroys is a prop of a Ralph McQuarrie concept painting of Jabba the Hutt. McQuarrie’s art has been the backbone of the look of the franchise.

An establishing shot gives a detailed look at a B’marr Order monk, the brains-in-jars also seen in Return of the Jedi. Members of their order give up their physical bodies to become droids free of sensation and capable of living extended lives as brains alone. They were the original occupants of the temple that became Jabba’s palace.

8D8 briefly mentions the Klatooinian species as running one of the Mos Espa gangs. Often used as background aliens, the Klatooinians are one of several Original Trilogy alien species named using words from the alien language in the 1951 science fiction movie The Day the Earth Stood Still.

– Among the delicacies on Boba and Fennec’s dinner table is a roasted nuna, a frog-like creature that first appeared in The Phantom Menace. They’ve since become the saga version of chickens, with their legs often showing up at the meal table.

– Another town on Tatooine, Mos Eisley, is well-known for being the town closest to Luke Skywalker’s homestead in A New Hope and the location of the famous original cantina scene.

– One of Mos Espa’s gangs is named the Kintan Striders, a reference to a creature seen previously as one of the holographic game pieces on a dejarik table in A New Hope.

– The Pykes arrive on board a star liner, which, while not technically sharing the same name, is essentially the same concept as the floating luxury hotel known as the Galactic Starcruiser, which is coming to Walt Disney World.

See George Conway’s reaction to report about Trump’s draft executive order
The Real WW2 History of Netflix’s Munich: The Edge of War
Russian FM after meeting Blinken: The West is in ‘hysterics’ over Ukraine
Laura Coates Joined the DOJ to Help People. Instead, She Found Injustice
Andrew Garfield Reveals Tobey Maguire’s Reaction to His Spider-Man Return