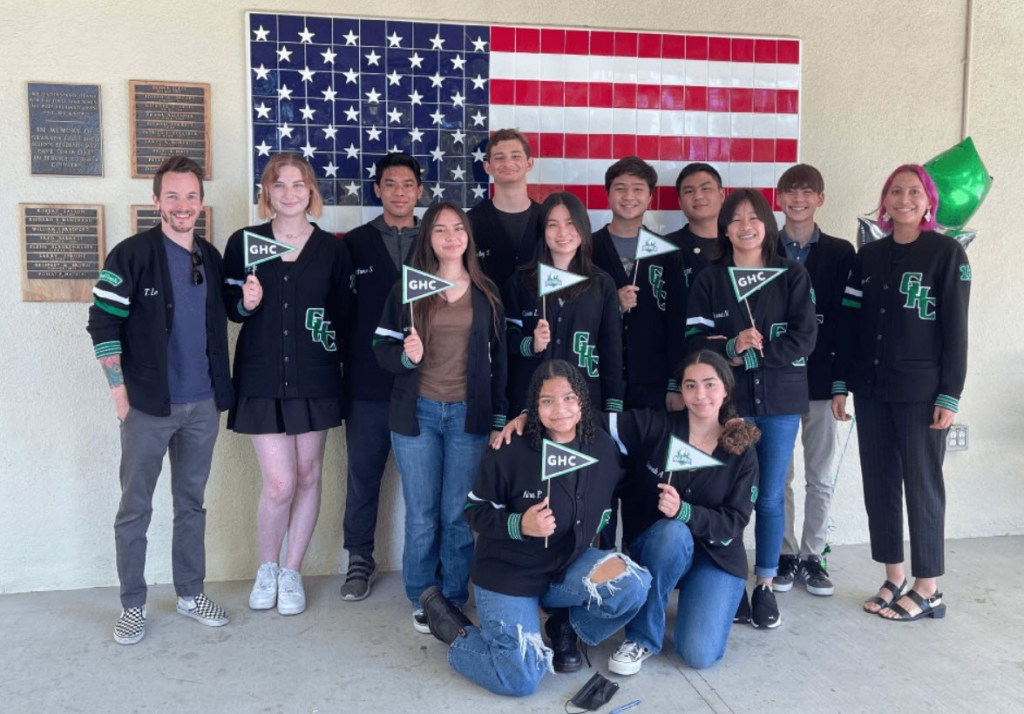 The nine-member team focused on the this year’s theme, “Water: A Most Essential Resource.” Teams from all participating schools have students in three grade point average categories from A to C or below.

Teams answer questions on multiple choice exams, write essays and give speeches. The event ends with a “Super Quiz.”  There are a total of 10 events around the theme of the year. The subject areas, relating to water as a resource, included art, economics, literature, math, science and social science.

The team scored 52,383.2 points for the win. The highest scoring students in their division were Zainab Al-Atya, Colby Sapera and Lily Fairbank-Bermejo.

“I’m very excited, very proud of all my teammates. We worked really hard all year,” said team member Lily Fairbank-Bermejo in a press release after Saturday’s win. “It’s great to see the success that comes from all the hard work that we put in come to fruition. That we were learning about water, which is such a critical resource for us in California, made it that much more relevant to us all. I know we’ll all remember our time on the team for the rest of our lives and take the lessons we’ve learned with us.”

“Our whole team is thrilled to carry on Granada’s winning tradition,” said head coach Tyler Lee in a press release statement after the win. “They deserve it after working hard all year and demonstrating real determination and dedication. Today’s win is a great accomplishment, but I always tell our team that what’s really important is that they all learned a lot  — about the subject, about how to handle adversity, about how to work as a team, and about themselves.”

Granada Hills Charter HS won the 2021-22 competition that was also held virtually. The event was cancelled in 2020 due to the Covid-19 pandemic. The California Academic Decathlon held in March this year was also a virtual event due to the pandemic.

The theme for the National Academic Decathlon is 2022-2023 is “The American Revolution and the New Nation.”

Tearing up NI trade deal is ‘illegal and unrealistic’, EU envoy warns
Polls close in by-elections in Wakefield and Tiverton and Honiton
Judge in Amber Heard Case Says You Can Appeal Verdict, But It Will Cost You
A Beloved TikTok Star’s 18-Year-Old Son Was Fatally Shot at a Gas Station
Guns, Bullets, and Weed: Ezra Miller Housing Three Young Children and Their Mother at Vermont Farm