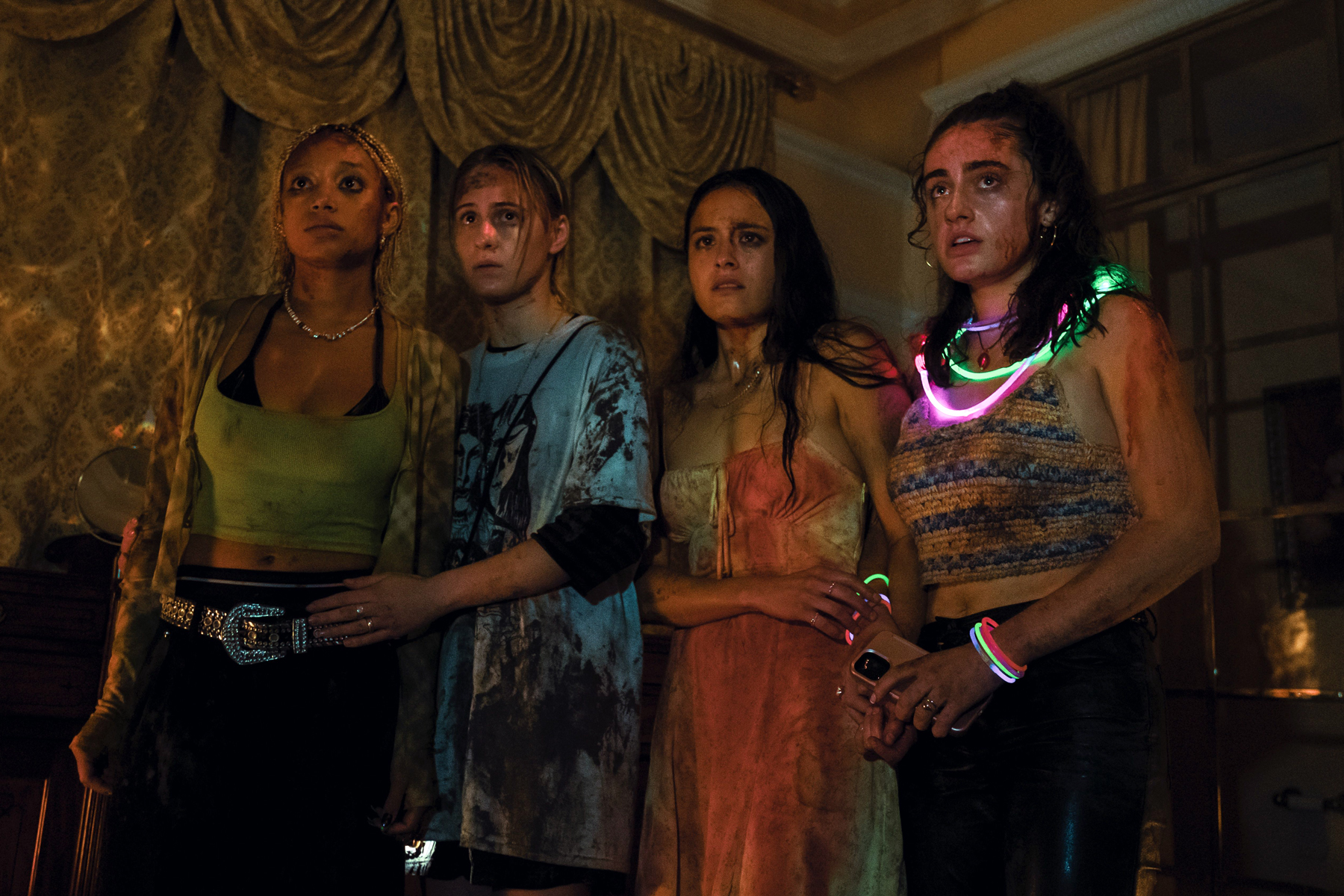 A creepy party game turns into a grisly, satirical whodunnit in the new trailer for Bodies Bodies Bodies, set to arrive in theaters Aug. 5.

The film centers around a group of rich 20-somethings who decamp to a regal estate to wait out a hurricane. But after one of the friends suggests a find-the-killer-style party game called “Bodies Bodies Bodies,” someone actually winds up dead, prompting a frantic search to solve the mystery amidst a whole lot of extremely online, privileged pearl-clutching (one particularly ridiculous sequence in the trailer finds the various characters expressing their concerns about gaslighting, triggering, and toxicity).

To boot, the trailer is soundtracked by a new Charli XCX song, “Hot Girl.” The track arrives on the heels of the pop star’s most recent album, Crash.