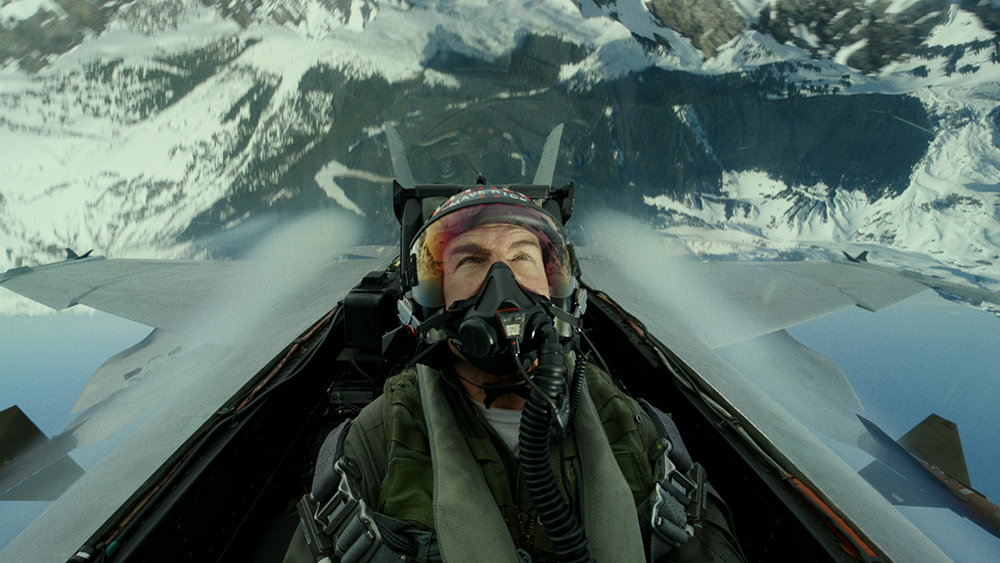 Stocks fell broadly on economic jitters with AMC Entertainment and Paramount struggling to stay in the green in late morning trade after the biggest Memorial Day movie opening ever in Top Gun: Maverick.

Things change fast lately on a Wall Street buffeted by the latest news on war, inflation and interest rates, so this is not the last word for today’s session — the first since Friday and the blowout performance of the Tom Cruise action film that’s great news for movie theaters and for Paramount.

The Joseph Kosinski-directed sequel to Cruise’s 1986 turn as Navy fighter pilot Pete ‘Maverick’ Mitchell, took in more than $153 million over the four-day weekend, topping the previous record holder for the frame, Pirates of the Caribbean: At World’s End, from 2007. It also blew past forecasts in a theatrical sector that’s still struggling to recover from Covid induced closures, a shifting release schedules and consumer reluctance, especially among older demos. Extra good new is that a big chunk of the Top Gun audience was over 35.

Shares of giant chain AMC are changing hands at about $14.75, up about 2%. The stock had surged 10% in premarket trade but fell at the open, dipping briefly into the red.

Paramount Global shares are up about 0.5% at $34. They were also in the red earlier. Top Gun 2 is the studio’s 5th No. 1 opening of 2022 after Scream, Jackass Forever, The Lost City and Sonic the Hedgehog 2, a slate built on robust diversity of winning product.

Stock made a stab at a rally late last week (a bounce that snapped the longest losing streak for the S&P 500 in over 20 years) but were hit anew as oil prices spiked after the EU voted for a partial ban on Russia oil imports in response to Vladimir Putin’s invasion of Ukraine and the ongoing war there. Consumers and companies alike are being squeezed by higher prices of food and energy and Covid and war-related supply chain disruptions.

Emily Nenni Invites You to Join Her ‘On the Ranch’ on New Song
How To Fake That You Read the Book Club Book
OnePlus Nord CE 2 5G Gets OxygenOS 12 Update With Improved Face Recognition: All Details
Rob Mitchell Dies: CFO Of Bold Pictures & Longtime Film Executive Was 55
‘It doesn’t make any sense’: US schools stock up on AR-15 rifles after shooting