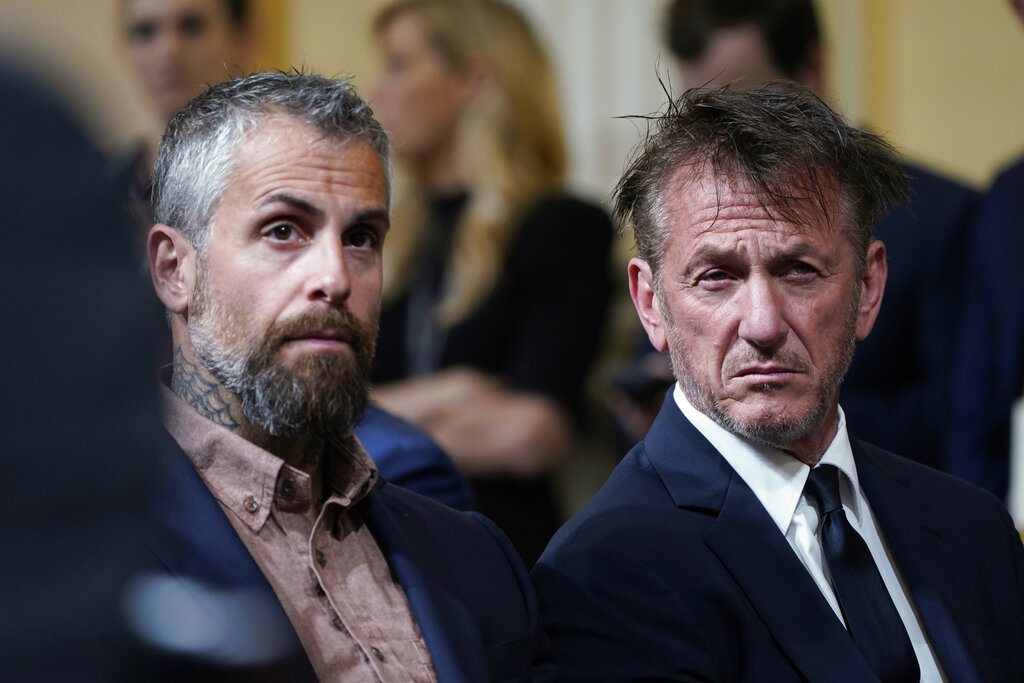 UPDATED, with latest: A number of lawmakers, including Rep. Matt Gaetz (R-FL) and Rep. Mo Brooks (R-AL), sought presidential pardons after January 6th, according to testimony before the committee’s hearing on Thursday.

“The only reason I know to ask for a pardon is you think you committed a crime,” said Rep. Adam Kinzinger (R-IL).

The committee showed text of a January 11 email in which Brooks seeking pardons to “every congressman and senator who vote to reject the electoral college vote submissions of Arizona and Pennsylvania.” Gaetz was included in Brooks’ request for a pardon.

In videotaped testimony, Cassidy Hutchinson, aide to then-chief of staff Mark Meadows, talked of pardons sought by other lawmakers, including Andy Biggs and Louie Gohmert. She said that Rep. Jim Jordan (R-OH) “talked about congressional pardons, but he never asked me for one.”

PREVIOUSLY, 2:19 PM PT: Donald Trump sought multiple avenues to get the Justice Department to investigate election fraud even after Attorney General William Barr told him repeatedly that federal officials had done so and the allegations were without merit.

Jeffrey Rosen, who Trump appointed as acting attorney general after Barr’s resignation in December 2020, said Thursday in testimony in front of the January 6th Committee that the president called or met with him almost every day between December 23 and January 3, as Congress’ official electoral vote count approached on January 6 that would officially certify Joe Biden as the winner.

“The common element of all of this was the president expressing dissatisfaction that the Department of Justice had not done enough to investigate election fraud,” Rosen told the committee.

Richard Donoghue, who was acting deputy attorney general, also spoke with and met with Trump multiple times. He told the committee today that at one time, after he told the president that the election fraud claims were false, Trump told him, “Just say the election is corrupt and leave the rest to me and the Republican congressmen.” At the time, Donoghue took notes of the quote, and he told the committee those were Trump’s exact words.

In a 90-minute conversation with Trump on December 27, Donoghue said that he went through fraud allegations one by one and explained how they had been investigated and was “very blunt” that they were without merit. “I wanted to cut through the noise,” he said.

Rosen said that Trump suggested the DOJ appoint a special counsel to investigate election fraud, that he meet with his campaign counsel Rudy Giuliani and that they merely hold a press conference, essentially to sow doubt on the results of the election.

“The Justice Department declined all of those requests because we did not feel they were appropriate based on the facts and the law as we understood them,” Rosen said.

Donoghue said that as the month went on, and January 6 approached, Trump “became more urgent and more adamant.”

In video from his deposition played at the hearing, Barr said that had the Justice Department not investigated fraud and announced that they were without merit, there may not have been a presidential transition. He said it was “really important to moving things forward.”

PREVIOUSLY, 12:23 PM PT: The January 6th Committee opened its fifth hearing Thursday by focusing on Donald Trump’s effort to influence the Justice Department to support his claims that the 2020 presidential election was fraudulent and stolen from him.

“He wanted the Justice Department to legitimize his lies, to basically call the election corrupt,” said Rep. Bennie Thompson (D-MS), the chairman of the committee. He said that Trump was engaged in a “brazen attempt” to get the DOJ to support his claims.

Among those in attendance at the hearing: Actor Sean Penn, who was sitting in the first row next to Michael Fanone, the former Metropolitan Police department officer who was injured in the attack on the Capitol.

This will be the committee’s final hearing before a break, with plans to resume in July after a congressional recess. Committee members said that new evidence was still coming in, including footage from a documentary on Trump that will be shown this summer on Discovery+.

The hearing came on the same day that federal agents reportedly searched the home of Jeffrey Clark, who was a top Justice Department official who was part of an effort to delay or overturn the electoral vote results. Previous testimony in the hearing showed that other DOJ officials threatened to resign if Trump installed Clark as the new attorney general.

Clark had written a draft letter, to be sent to the Georgia legislature for the purpose of approving a new slate of electors, having agreed to assist the president in his effort. The committee played video in which DOJ officials resisted Clark’s attempts, which included him ousting Rosen as acting attorney general just days before the counting of electoral votes on January 6. Among other things, they told Clark that his expertise was in environmental law, not election or Constitutional law.

Trump appointed Rosen as acting attorney general after the resignation of William Barr, who had told the president that his claims of election fraud were baseless.