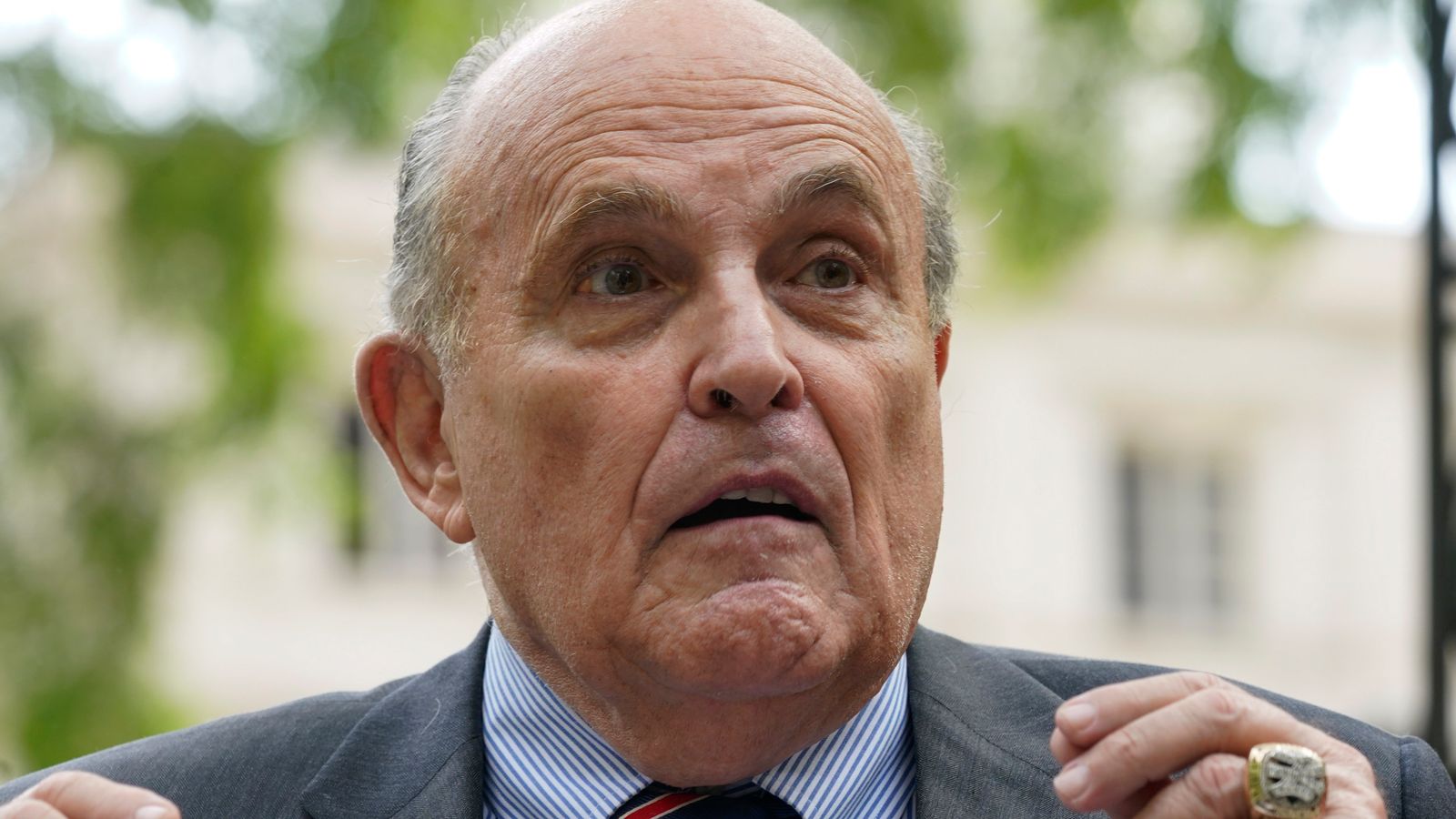 Rudy Giuliani has claimed he was the victim of what could have been a deadly assault after he was allegedly slapped on the back by a shop worker.

Donald Trump’s former lawyer said he felt like he had been “shot” during the incident at a ShopRite store in New York‘s Staten Island on Sunday.

Police said the man approached Mr Giuliani and “slapped him in the back” and was later held in custody, according to NBC News.

The ex-New York mayor said he decided to “have this guy arrested” because if he had been a “weaker 78-year-old” he could have “hit the ground, cracked my skull and died”.

Speaking to 77 WABC talk radio about the alleged assault, Mr Giuliani said: “All of a sudden I feel a shot on my back, like somebody shot me.

“I went forward, but luckily I didn’t fall down.”

‘Suppose I cracked my skull and died’

Mr Giuliani added: “Lucky I’m a 78-year-old who is in pretty good shape because if I wasn’t, I’d have hit the ground and probably cracked my skull.”

He claimed the shop worker also shouted expletives at him and made an apparent reference to the Supreme Court’s controversial decision to overturn the constitutional right to an abortion.

“Then he goes on and on and on, yelling and screaming… things like… ‘you’re going to kill women’.

“I might have ordinarily ignored it. I said to myself: ‘I’ll have this guy arrested because this going on too damn much’.

“Suppose I was a weaker 78-year-old and I hit the ground, cracked my skull and died. He wouldn’t have known the difference.”

‘The assault was over politics’

Police have not said what specific allegations prompted them to detain the 39-year-old suspect, according to NBC News.

However, sources told the New York Post that the shop worker – who had no prior arrests – was charged with second-degree assault involving a person over 65.

The incident happened while Mr Giuliani was out campaigning for his son Andrew, who is vying for the Republican nomination for governor of New York.

In a statement, Andrew Giuliani said: “Innocent people are attacked in today’s New York all of the time. This particular incident hit very close to home. The assault on my father, America’s Mayor, was over politics.

“We will not be intimidated by left wing attacks.”

Conspiracy theorist Alex Jones ordered to pay another $45m to parents of Sandy Hook victim
Chris Stapleton Meets 6-Year-Old Fan With Special Needs In Kentucky Walmart, Her Mom Says “It Was So, So Special”
Noted campus developer Jack Samuelson dies at age 97
A Royal Rumor Might Be Inspiring Straight Men to Get Pegged, and That’s Beautiful
Samsung Galaxy Fold 4 Said to Get September Release in India: Details