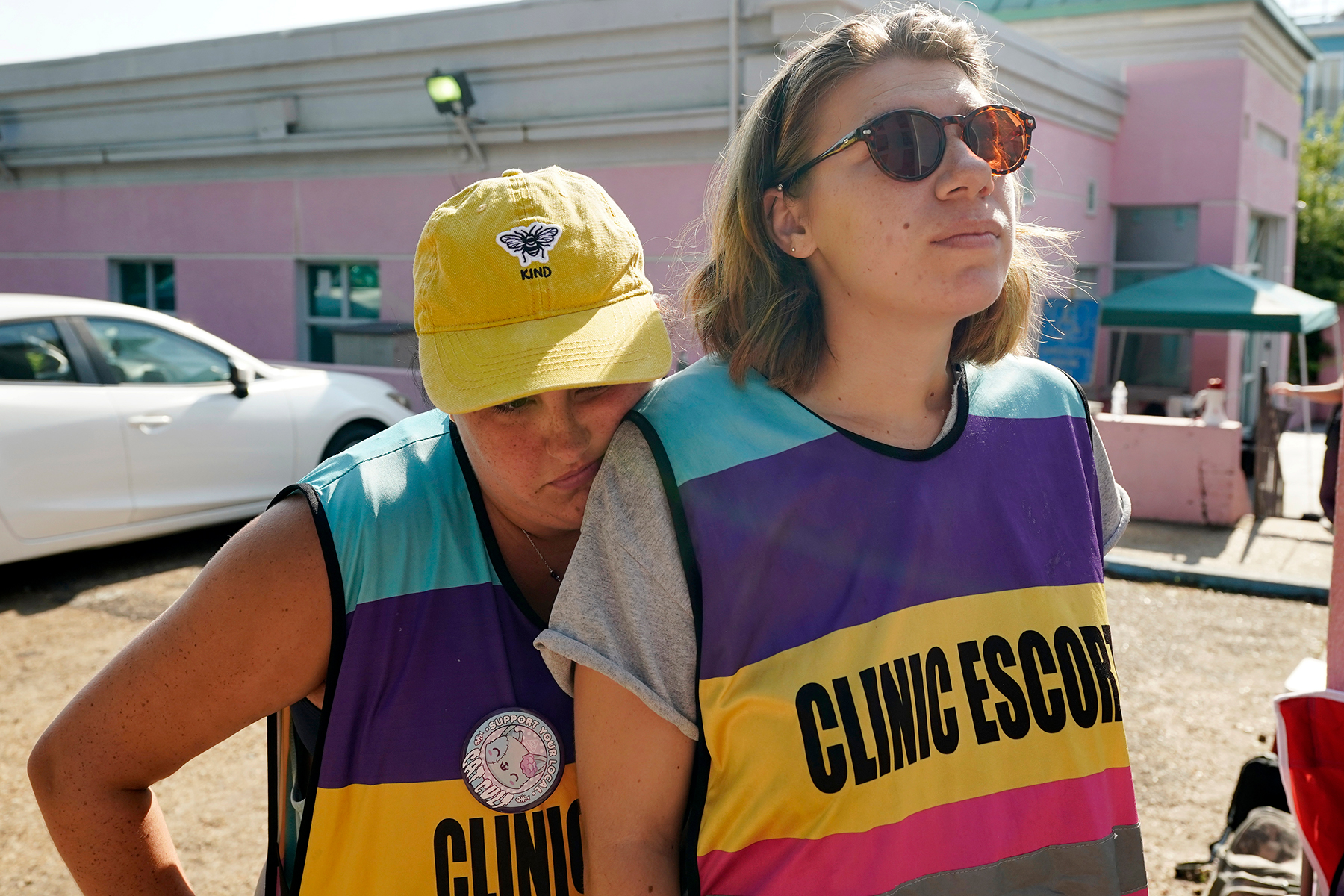 Nearly every day at 6:30 a.m. a small group of mostly men, and a smaller amount of women, stood on the sidewalk in front of my local abortion clinic grasping rosaries, chanting the Lord’s prayer, and jumping in front of cars with pamphlets about why all pregnancies should result in births. Sometimes they brought their children and infants, even in the blistering 105 degree Texas summer heat. As self-identified “sidewalk counselors,” the group aims to persuade people not to terminate their pregnancies. Many came with small, tissue-papered baby shower gift bags as a way of demonstrating that help was on the sidewalk and not indoors.

Nothing was further from the truth. I spent time in several North Texas abortion clinics from 2005 until the Supreme Court’s decision on Dobbs v. Jackson Women’s Health Organization abruptly halted clinic services statewide, both as a surgical counselor and a volunteer. In my experience, the reality was that far more help — along with the medically accurate and non-judgemental education — was available inside than could ever fit in the pastel blue and pink gift bags thrust in front of patients as they hurried past the protestors and inside.


Herbal Abortions Are Going Viral on TikTok. They Could Kill You

Each morning clinic staff arrived for a morning huddle to prepare for a day of being “swans”: graceful, poised, and calm on the surface yet feverishly paddling beneath the water to make sure not a single beat was missed, offering solutions for any special needs or requests that a patient might have. Clinic supporters were there — volunteers with the Texas Equal Access Fund, a North Texas pro-choice group I’m proud to be a part of — acting as human shields so patients and their support people enter and exit the clinic with as little harasment as possible. As each patient was required by Texas law to have a mandatory counseling appointment prior to accessing medication or surgical abortion, those sessions were used to offer patients an opportunity to access more autonomy during their procedure, hopefully combating the mandatory statements, rife with inaccurate information, that the state forced each patient to hear. Texas did not allow for a counseling appointment and abortion to occur on the same day, creating barriers for patients who had to travel long distances to reach the clinic, those who had to arrange childcare for the children they already have, and creating grave economic hardships. (In 2013, Texas passed a law requiring all abortion care be offered from ambulatory surgical centers only, causing clinics statewide to close). When we’d learn patients had sacrificed eating to be able to afford their abortion, they’d be linked with organizations to prevent them from going hungry.

Contrary to the anti-choice stereotype that patients seeking abortion care have their autonomy stripped of them and are coerced into chosing to terminate, in my experience, it was a place of endless choices. Patients were able to decide what kind of anesthesia to have during their procedure. Most opted for “conscious sedation,” which meant they were kept as comfortable as possible without needing full anesthesia and the risks that can come with it. Full anesthesia was available, and often selected by the youngest patients or those coming in after rape or incest. While most sexual assaults remain unreported to authorities, when a patient wanted the product of assault used as evidence, detectives would scrub up and wait outside the procedure room in yellow paper gowns, to keep the chain of custody clean. The clinic supported those endeavors for justice and often became a gateway for patients to access it. For some, the clinic was the first safe place where disclosures of abuse, rape, and incest were okay to say. Their experiences were trusted, feelings validated, and needs affirmed. Patients could have a follow-up with a counselor from the center at any point, and long term referrals were given when needed.

Some patients opted to wear earbuds to drown out the sounds of the protestors who, even with music playing overhead, could still be heard from inside procedure rooms. Some wanted their hands held or general conversation. Others wanted to see the “POC”, or products of conception, and view what had come out of their bodies; others asked to see nothing at all. Our clinic had chaplains on staff to offer prayer to those who wanted it. Nothing was ever forced. A patient could be in a gown on the procedure table and change their mind, and that choice would be honored and respected. Information and referrals for prenatal care or adoption planning were readily available at any time. Treating all patients with dignity and compassion was the expectation and rule, even when we recognized them from standing on the sidewalks protesting our clinic days before, only to return to the same spot days later with their secret safe inside the building they protested.

For some, abortion care was the unexpected end to a wanted pregnancy story. For patients whose pregnancies were not viable outside the womb or would be dangerous to carry to term — or for any reason at all — patients could make funeral arrangements for the pregnancy they couldn’t keep and the clinic would facilitate the request with pro-choice funeral homes in the area. Doctors and staff cried with patients who made the choice to terminate their pregnancies because the risks to their own health were so great that they feared keeping the wanted pregnancy would leave the children they already have parentless.

Regardless of the reason someone sought abortion care, creating an environment where personal autonomy was paramount created an avenue for so many other things to be offered. For many patients, the basic sex educaion and access to birth control offered by the clinic was the first time they learned the names of their own anatomy or what options for pregnancy prevention were available.

When we lost abortion rights, we also lost so much more.