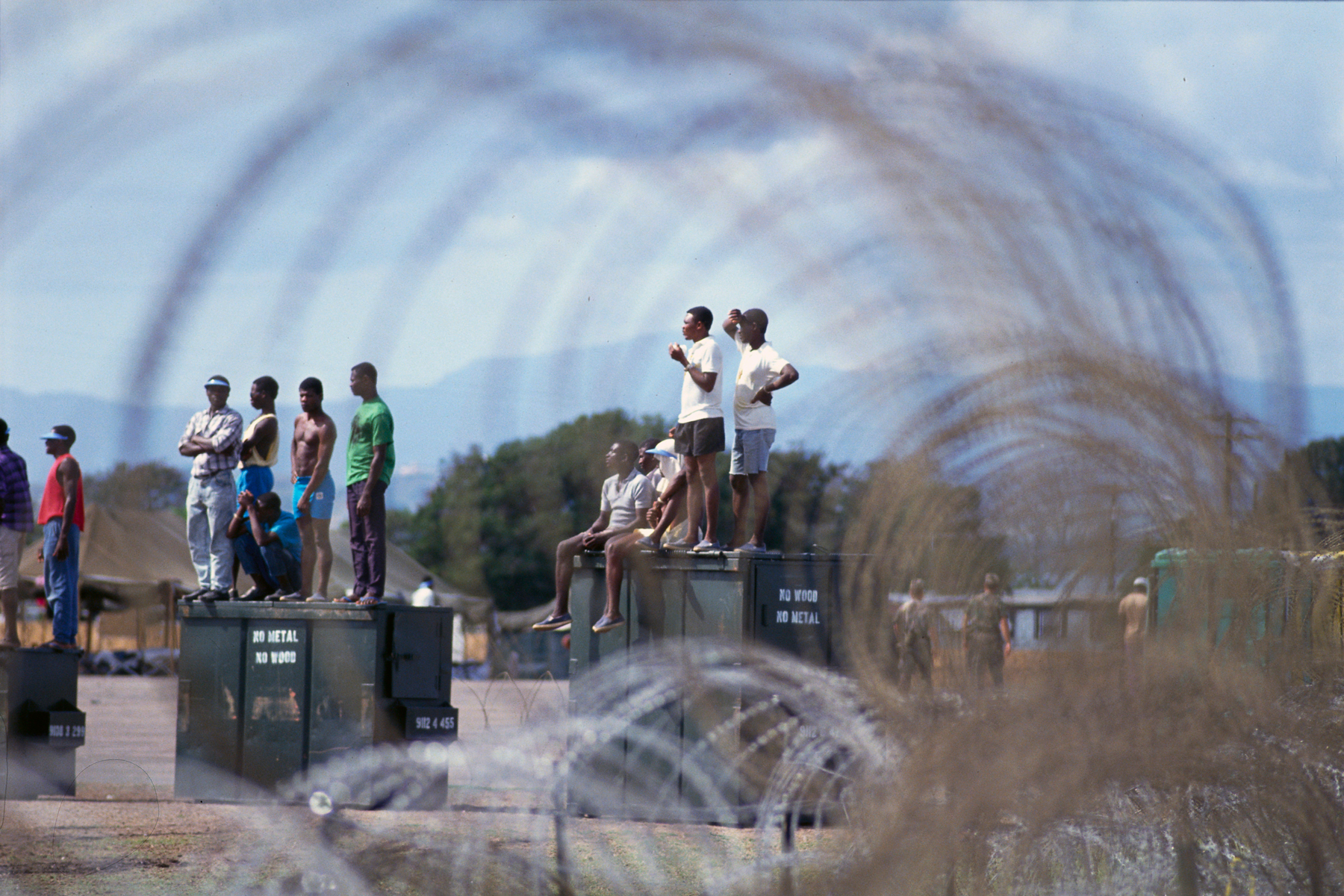 Steven W. Thrasher has spent his career reporting on race, policing, and the criminalization of HIV. Along the way, he has come to understand that the vast inequalities in our society help decide who is exposed to viruses, the level of care they receive, and ultimately, who lives and dies. In his deeply reported new book, The Viral Underclass, Thrasher lays bare the fault lines in our society and how disease has helped shape our nation and its notions of class and race. It’s the story of how privilege can often mean survival. In this exclusive excerpt, Thrasher tells the origin story of the infamous U.S. prison camp in Guantanamo Bay, Cuba, decades before the war on terror, when scores of desperate Haitians were trying to escape their country during a violent coup. It’s one of the darkest and least-reported episodes in recent history.

70 Greatest Music Documentaries of All Time

When I’m giving lectures about the criminalization of HIV, I often ask the audience, “When did the United States Naval Base at Guantánamo Bay become a site of indefinite detention?” Nearly everyone who raises their hand and ventures a guess says the same thing: that this happened in the weeks following September 11, 2001, in the early days of the U.S. War on Terror.

This is incorrect. The War on Terror was begun by George W. Bush, and that failed two-decade war has involved confining alleged perpetrators under the dubious label “enemy combatants” to forty-five square miles the United States has occupied on the southeastern coast of Cuba since the Spanish-American War in 1898. But Guantánamo Bay’s use as a site of prolonged, hellish incarceration on land the United States controls (but on which the federal government argues U.S. law doesn’t necessarily apply) was in fact started by George H. W. Bush, the forty-third president’s father.

In 1991, when the elder Bush was the forty-first president, thousands of Haitians who had supported Jean-Bertrand Aristide fled their country after their democratically elected president was ousted in a coup. Intercepted by the U.S. Coast Guard en route to Florida, the refuge-seeking Haitians were kept from getting to the U.S. mainland, which, under international treaties, would have forced the United States to accept them as political asylum seekers.

But the United States couldn’t send them back to almost-certain death in Haiti. So, the first Bush administration sent them to Guantánamo Bay, where they’d be under U.S. authority but wouldn’t necessarily have access to civil rights under U.S. law.

Once there — as the Haitians waited to see if their petitions for refugee status would be granted or not — they were screened for HIV. As the scholar Cathy Hannabach has written, “While all Haitian refugees incarcerated at” Guantánamo “had their blood forcibly drawn and tested, it was only HIV-positive women who were subjected to technologies of reproductive intervention. Without their consent and often even without their knowledge, HIV-positive women refugees were either sterilized or forcibly injected with Depo-Provera, a semipermanent form of birth control.” Not all women can birth children, and not all people who can birth children are women; still, the ability to do so is often (if unfairly) used as a defining characteristic of legitimate womanhood. And at Guantánamo Bay, the United States used this definition to draw a harsh border around what it meant to be a woman, and used eugenics to place the Haitians outside it.

The Haitian refugee crisis of 1991, not the attacks of 9/11, was the inciting event that converted Guantánamo Bay into a space for indefinite detention. Much as the Los Alamos National Laboratory has been home to both the Manhattan Project and the Pathogen Research Database, the history of HIV in America is intertwined with U.S. militarism. A fear of immigrants bolstered by surgical eugenics formed the legal architecture for how the base would later be used for accused terrorists. The forced sterilizations weren’t happening in Nazi Germany; they were perpetrated by the U.S. government at the same time as Twin Peaks and The Oprah Winfrey Show were on the air. And when news broke in the summer of 2020 that women in ICE custody had had hysterectomies performed on them without their consent, it was clear that the centuries-long American practice of sterilizing Black, brown, and native women had still not ended.

At Guantánamo Bay, the ostensible justification for this forced sterilization was imagined viral purity. The mere possibility that any Haitians might win their legal appeals and be allowed into the United States was reason enough, the eugenicists seemed to have believed, to sterilize all the detained refugees they thought could carry and birth children with HIV.

Almost three decades later, in 2020, while most international borders were closed due to the COVID-19 pandemic, ICE deported people with coronavirus from its U.S. prisons to Haiti, threatening to overwhelm the impoverished nation. And in a single week the following year, when the Haitian president was assassinated in his own home, the United States was contemplating giving its own people a third booster COVID-19 shot, while no one in Haiti had yet been vaccinated at all; Haiti was the only country in the Western Hemisphere with no vaccines in mid-2021. That fall, the Biden administration continued to exile Haitian refugees under Rule 42, a provision of the 1944 Public Health Service Act that allows federal authorities to expedite deportations during a pandemic (and which the Trump administration controversially invoked to expel migrants seeking asylum). In fact, as the Guardian reported, the Biden administration “deported more Haitians in a few weeks than the Trump administration did in a whole year,” and the administration sought contractors who spoke Spanish and Creole to prepare detention facilities at Guantánamo Bay for an expected influx, once again, of Haitian refugees seeking asylum. 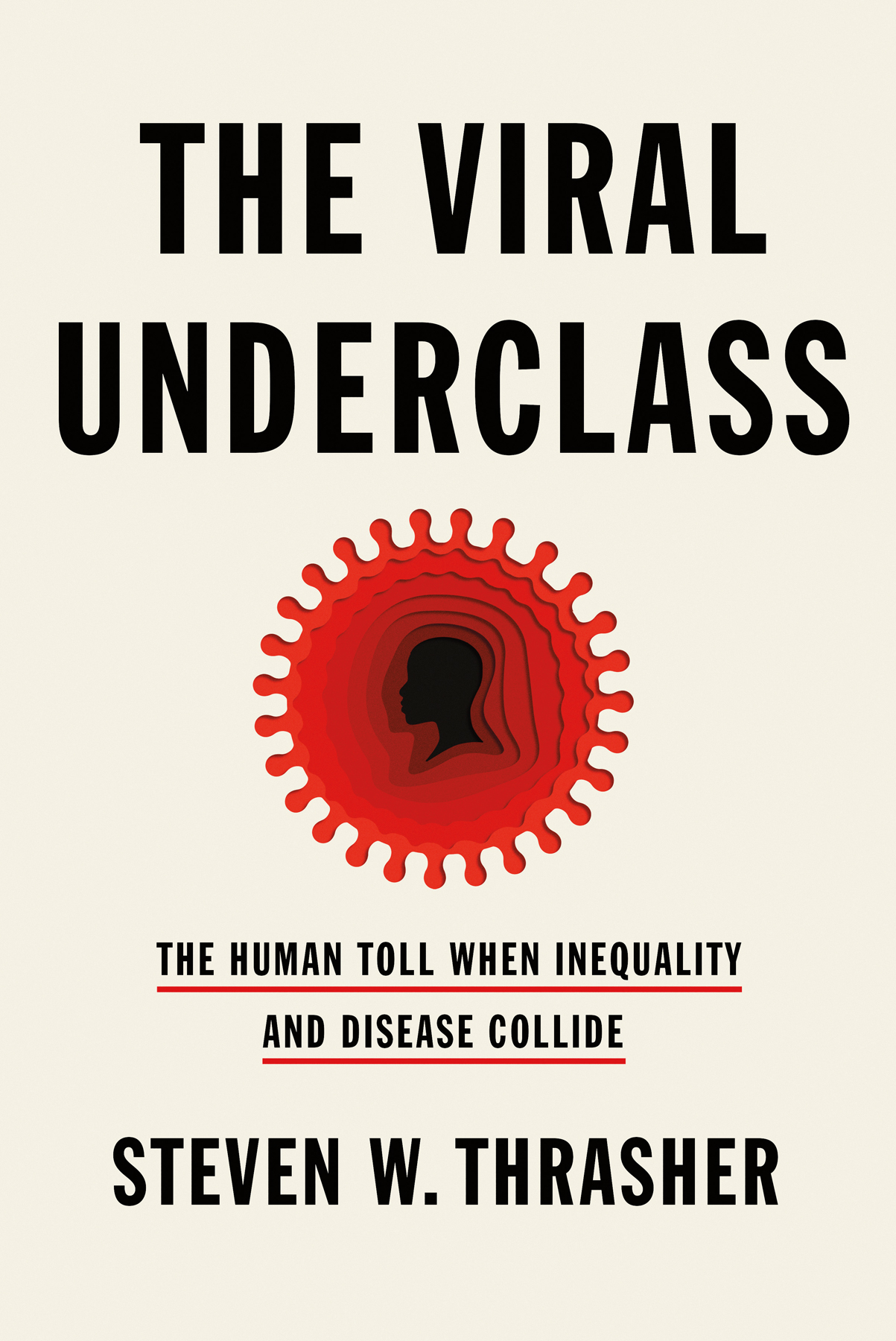 Viruses are used to determine who is deserving of being allowed to cross various borders — of geography, of gender, of Americanness, of worthiness. By challenging the gender norms people are assigned at birth, drag performers transgress such borders onstage, and transgender people transgress them throughout their lives. While militarized nationalism often tries to reinforce gender borders around social constructions in ways that can be lethal.

Think about the body you live in: with every breath you breathe in and out, the idea that your body has permanent borders between what’s inside and outside it is revealed to be a fiction. Or, think about the borders of what it means to be American. “American” could refer to being of the United States of America, or it could refer to any space between Canada’s Arctic Circle, at the top of North America, and Chile’s Cape Horn, at the bottom of South America. That harsh border the United States tried to create at Guantánamo Bay between the worthy and the unworthy, and the wall Trump tried to build to create a finite U.S.-Mexico border, and the notion that the novel coronavirus lived neatly outside the U.S. border? These are all fictions. There are no stark borders between races, between those living with viruses and without, between those in the United States and outside it, between being American and non-American (or un-American), between men and women. Borders are myths, and while viruses are used to justify their necessity and marginalize those who don’t fit neatly on one side of them, viruses ironically disprove them.

Truer than the fiction of borders is the messy reality of how life operates in the zone in between binary markers — in the spaces where trans and queer activists and artists have dared or dare to dwell. Borderlands are spaces populated by migrants drawn across fake national borders, by citizens living inside fake national borders, by nonconforming people who have the courage to live in between gender norms, and by people from all over the world speaking 167 different languages in Jackson Heights.

The first person in my outer social circle to die from COVID-19 was Lorena Borjas, a transgender immigrant from Mexico who made her home in Jackson Heights, Queens, for decades. Lorena was fierce in her advocacy for people whose shared destiny transgressed borders of nation, gender and sexuality. 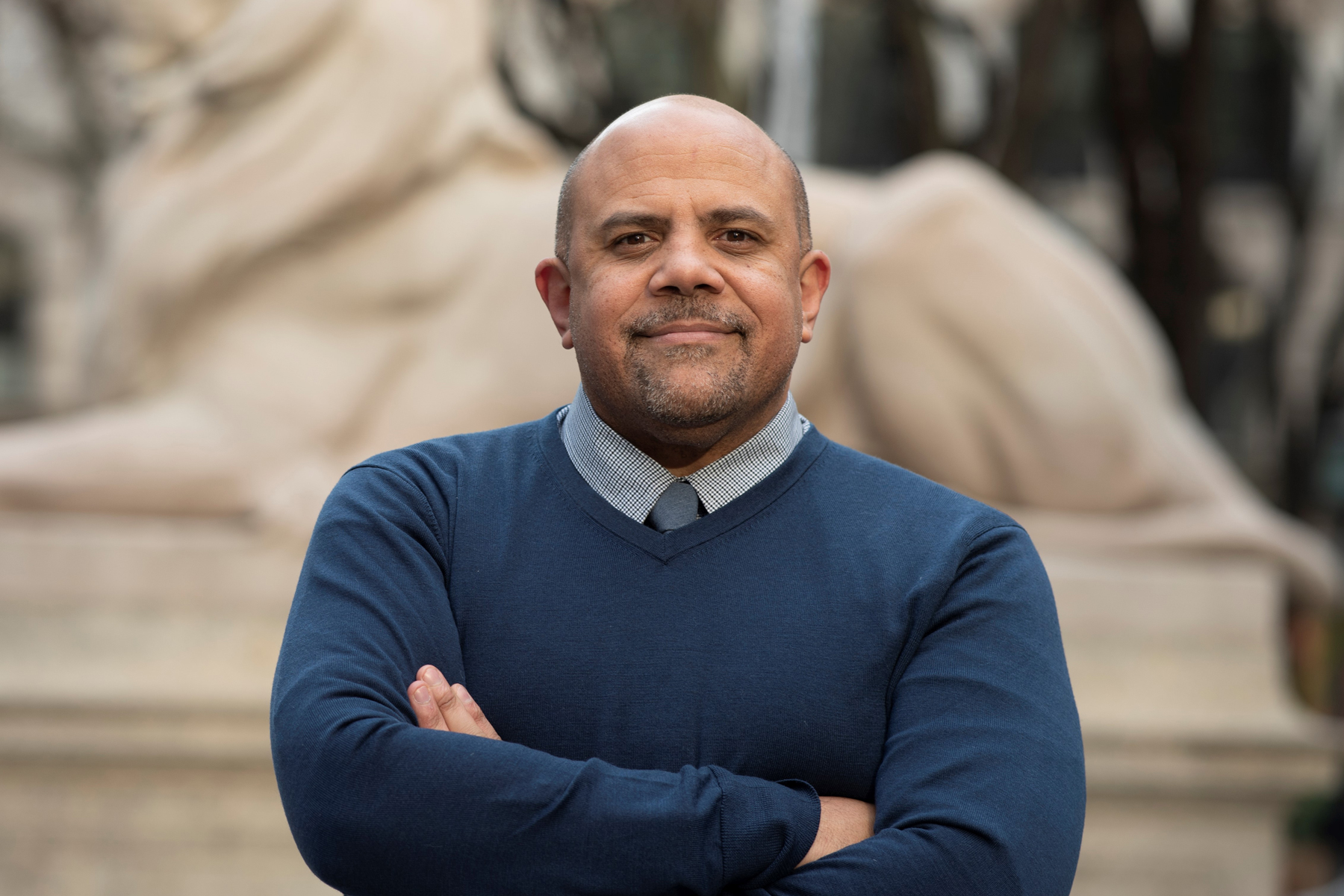 Courtesy of the author

Many people in the United States mistakenly think that it’s people like Lorena, who dare to cross such borders, who present a threat to their health. But it is maintenance of such harsh borders which creates violence and chaos. Lorena spent her life helping other people in times of transition. But when the United States has violently upheld the kinds of borders she helped people to journey through, marginalized people have paid a high price — one that could cost them their ability to reproduce, or even their very lives.

From The Viral Underclass, by Steven W. Thrasher. Copyright © 2022 by the author and reprinted by permission of Celadon Books.