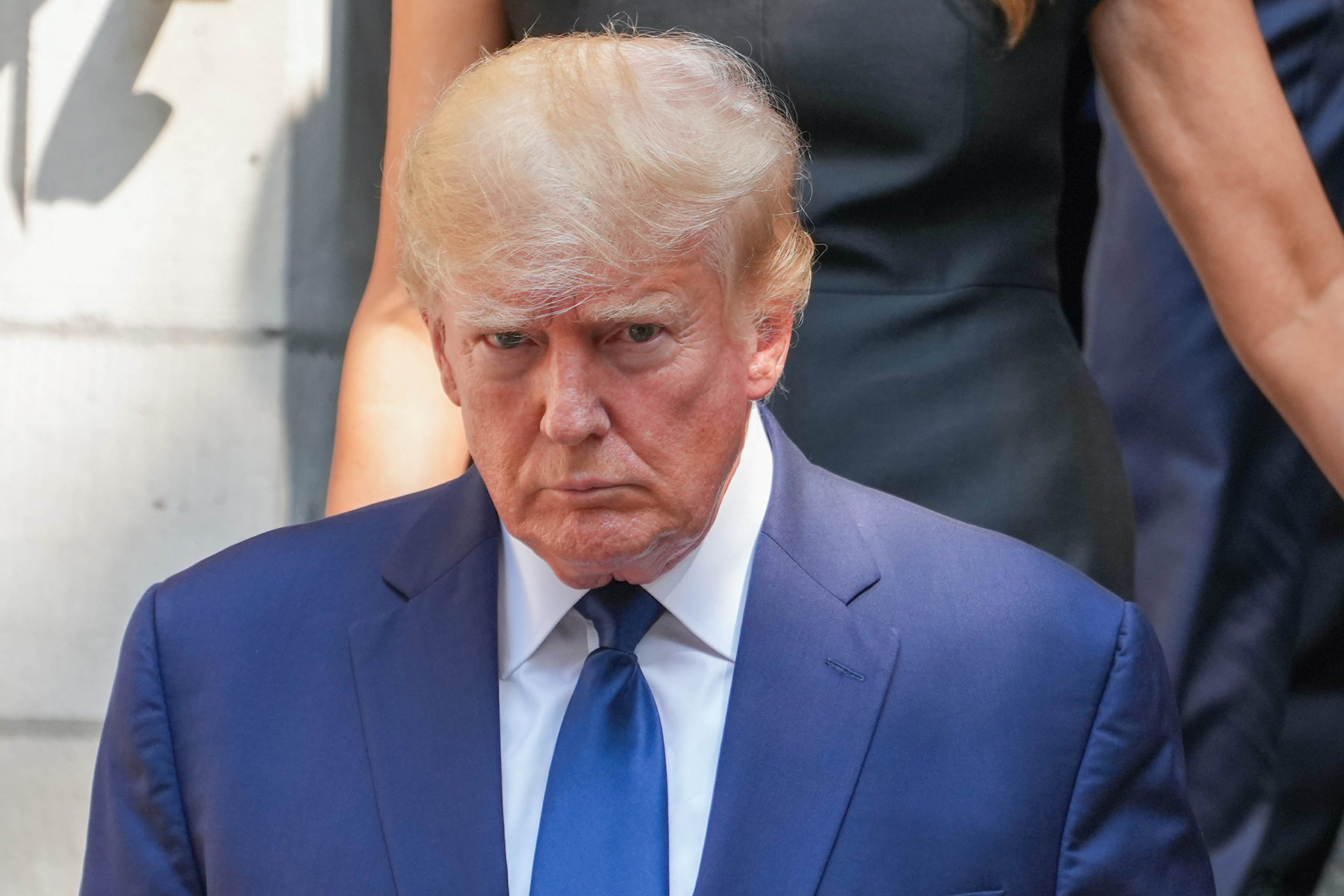 The FBI’s raid of Donald Trump’s Mar-a-Lago estate on Monday enraged the former president and his backers throughout conservative media and the Republican Party. It also provided them with an opportunity to prod their supporters for cash.

“MAR-A-LAGO was RAIDED,” Trump texted his supporters Tuesday morning, along with a link to a donation page. “The Radical Left is corrupt. Return the power to the people! Will you fight with me? Donate.”

Former President Trump is sending texts fundraising off the FBI raid of his Mar a Lago beach club. pic.twitter.com/dr8432MjwV

Trump isn’t the only Republican fundraising off of the raid. J.D. Vance, Trump’s pick for Senate in Ohio, sent out a plea Monday night. “This is NOT a DRILL,” a message read next to a link to a donation page. “Joe Biden is ATTACKING President Trump for STANDING UP for US, It’s time we show we have President Trump’s back! Act here.”

The Mar-a-Lago raid fundraising appeals begin. This one is from JD Vance: pic.twitter.com/d8ofVzFEsQ

RNC is fundraising off the FBI raid pic.twitter.com/iWJyCAhgoG

The RNC’s chairwoman, Ronna McDaniel, went on Fox News Tuesday morning to explain the stakes while telling viewers to send their money to Vance, scandal-ridden Senate candidate Herschel Walker, and others. “We have to win back the House,” she said. “You saw Kevin McCarthy’s very strong statement yesterday. We have to take the reins of power back. The only way we can stop them is by winning back the House and the Senate.”

Ronna McDaniel on Fox & Friends asks people to fight back against the FBI’s raid of Mar-a-Lago by donating to Herschel Walker pic.twitter.com/UhvXoUxHt0

Some of Trump’s most staunch supporters in Congress have pledged to “destroy” or “defund” the FBI, perhaps most notably McCarthy (R-Calif.). The top-ranking Republican in the House released a statement on Monday promising that the GOP will “conduct immediate oversight” of the Justice Department, should they regain power.

Vance and others have painted an even-more-terrifying vision of what the Justice Department could turn into should Republicans regain power. “The question is what comes next,” he tweeted Monday night. “We either have Republic or we don’t. If we do, the people who’ve politicized the FBI in recent years will face investigation and prosecution.”