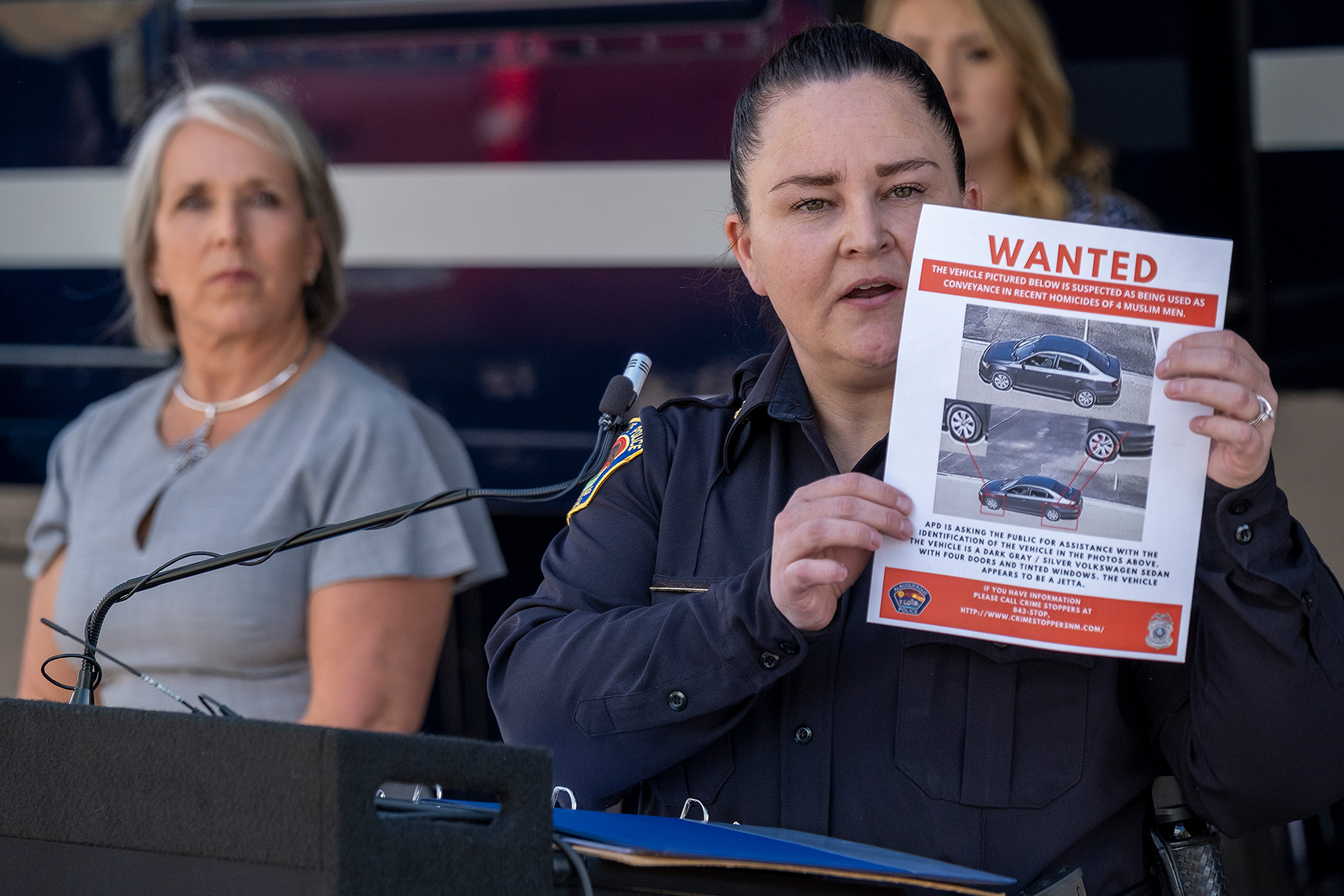 Police in Albuquerque have announced that they have worked with the FBI to arrest a primary suspect, 51-year-old Muhammad Syed, in the murders of at least two Muslim men in the area. According to authorities, Syed was arrested after police identified his car as having been at the scenes of the crimes and found the gun used in both those killings in Syed’s home. So far, he is being charged for two of the homicides, though he has not yet appeared in court.

In recent days, some city residents have been scared to even leave their homes. After three Muslim men were gunned down in less than two weeks, it seemed like a possible serial killer was stalking Muslims in the area. Police believe the three shootings — along with a fourth last November — are connected, and that the killer or killers have intentionally targeted Muslims. Before the fourth attack, in an Aug. 4 press release and request for tips, police said that, in each instance, the killer had “ambushed their victims with no warning, fired shots and killed them.”


‘A Horrific Human Tragedy’: 51 Migrants Dead After Being Abandoned in Truck Trailer

Meet the Creators and Activists Leading Social Media’s Next Wave

The most recent victim, 25-year-old Naeem Hussain, was found shot dead on Friday in his car in the parking lot of a refugees services organization, where he had worked at one time. Hours earlier, he had attended a funeral for the other two recent victims, Aftab Hussein, 41, and Muhammad Afzaal Hussain, 27, who were killed July 26 and Aug. 1, respectively, both shot outside their homes. All three men were immigrants from Pakistan. Their shootings were preceded by the November death of 62-year-old Mohammad Ahmadi, originally from Afghanistan, who was killed outside the grocery store he ran with his brother. Syed will be charged in the homicides of Hussein and Muhammad Afzaal Hussain, and Albuquerque Police Chief Harold Medina said the department is investigating his potential connection to the other two killings.

The killings captured national attention, with Joe Biden tweeting on Sunday, “These hateful attacks have no place in America.” They have also shaken a community that authorities have presented as a safe destination for immigrants, and which has welcomed hundreds of people relocating from Afghanistan since the U.S. withdrawal of troops last year.

Police responded to the recent shootings by increasing patrols around Muslim businesses and places of worship in the area. On Sunday, they released a photo of a car and asked for the public’s help in locating a gray Volkswagen with tinted windows, which they said they believed the killer had driven in the attacks. On Tuesday, Albuquerque Medina tweeted saying the department had found the car – and detained their prime suspect.

At the press conference, Deputy Police Commander Kyle Hartsock said the department had received hundreds of tips after releasing the photo of the car, and thanks to information from someone in the Muslim community, they had zeroed in on Syed. As they arrived at his residence to execute a search warrant Monday night, he said, officers saw Syed leave in the gray car. They worked with state police to follow him and pull him over, while other officers searched his home, where they discovered multiple firearms, including the alleged murder weapon.

Authorities further stated that Syed is originally from Afghanistan, and that he’s lived in New Mexico for roughly five years, where he has faced three misdemeanor domestic violence charges, all of which were dismissed. Officers declined to confirm reporting by the New York Times that said the suspect was a Sunni Muslim and may have been targeting Shiite Muslims victims after his daughter married a Shiite, although they acknowledged they had heard this information and were investigating the suspect’s motives.