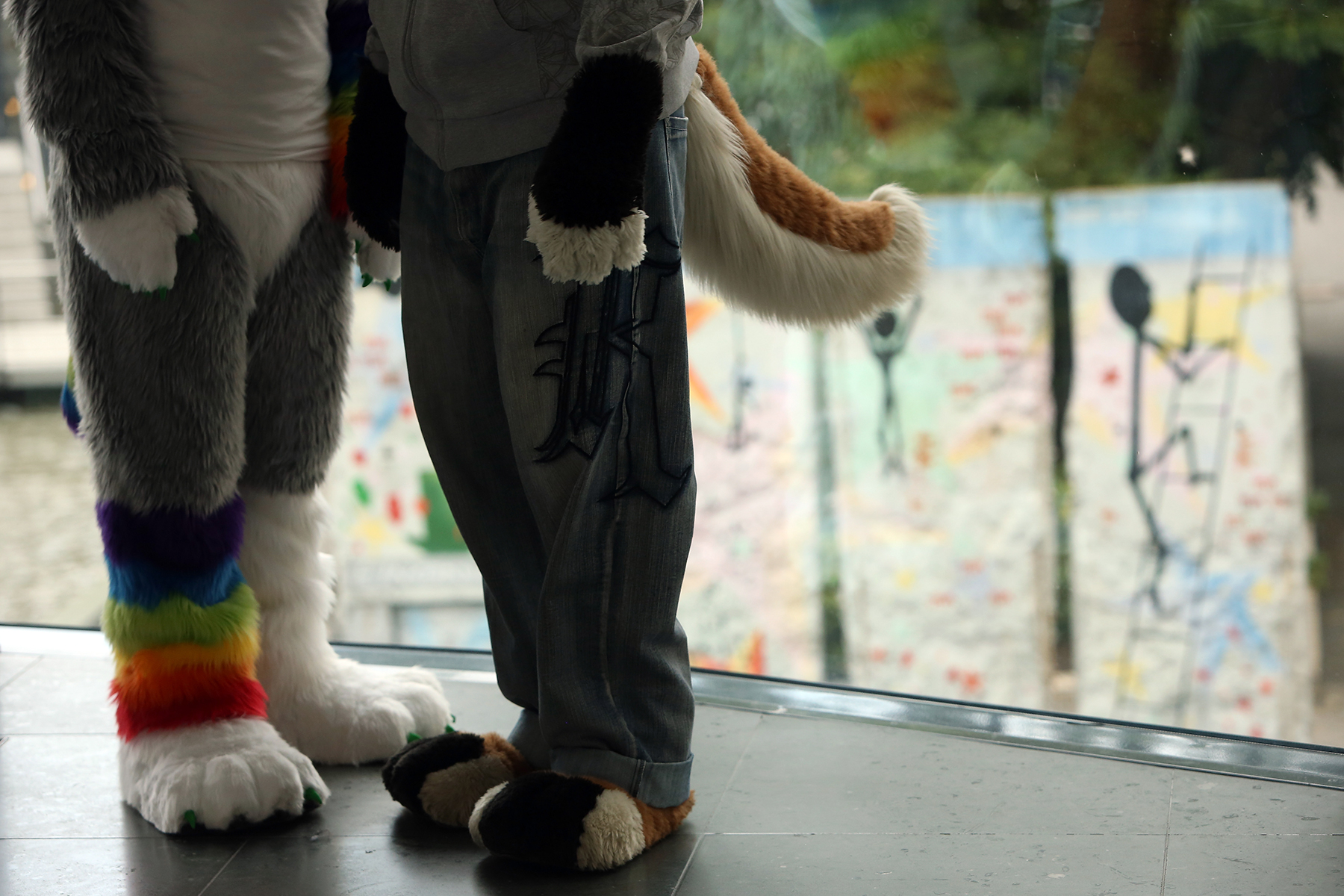 On June 26, Michael Edward Herman, a 35-year-old West Virginia resident, was charged with making “terroristic threats” on Twitter. According to a press release from the West Virginia Department of Homeland Security, the tweets included “intimidating language” aimed at Governor Jim Justice, Attorney General Patrick Morrisey, and Vice President Kamala Harris, “relating to the passage and enforcement of abortion bans.” Though the tweets have not been made publicly available, past posts on his socials show that he was vigorously pro-choice, and the timing indicates he would have sent the alleged messages as state officials attempted to implement an abortion ban. (He has not yet pleaded to the charges, and his public defender declined to comment at this time.)

Kevin Bacon Has Reinvented Himself Into a Himbo Star of TikTok


A Royal Rumor Might Be Inspiring Straight Men to Get Pegged, and That’s Beautiful

50 Best Action Movies of All Time

Yet shortly after his arrest, members of the furry community pointed out that Herman was a furry known as Cani Lupine, and had been a disquieting, far-right voice in the community for years. Dogpatch Press, a website that tracks furry news, posted extensive tweets from Lupine, who was known for posting some pretty hateful things — transphobic statements and messages, mostly, with general MAGA overtones. In the absence of information about the tweets that got him arrested, the community began focusing on his past, far-right commentary, and worried aloud that he wasn’t the only one fostering these views.

On the surface, the furry community doesn’t seem like a place where extremist contingent would fester. It’s extremely LGBTQ+-friendly, consists largely of neurodivergent kids and adults, and is often characterized by a deep love of feature-length cartoons like Zootopia and The Bad Guys. Participants create “fursonas” — anthropomorphized animals they dream up, name, and bequeath a personality — to draw, share on the internet, or even turn into huge costumes, which can cost hundreds of dollars, to wear to one of dozens of annual conventions held all across the country. For many, this often-maligned subculture gives them great comfort because they are able to interact with the world from the comfort of their fursona.

On this week’s episode of Don’t Let This Flop, Rolling Stone’s podcast about internet culture, we discuss the small but vocal cohort of furries posting anti-trans, anti-LGBTQ+, and often racist content on message boards and social media sites. “In general, furries are not about that sort of fringe far-right,” says Kameron Dunn, a PhD candidate at the University of Texas who studies online subcultures, and who is himself a furry. “Part of what makes it a spectacle is that furries are very, very public, especially if they’re doing stuff that is very controversial.”

This discourse can be traced back to April 2017, when a group called the Furry Raiders — who wore red armbands with black paw prints on top of their fursuits, which some said evoked a Nazi uniform — was planning on attending a convention called Rocky Mountain Fur Con. The group claimed they weren’t nazis (“We have a strong stance about keeping equal rights and personal creativity within the fandom,” one of the group’s members told Rolling Stone at the time), but after some attendees threatened violence, the Denver Police investigated it and deemed the threats credible. When the venue demanded $22,000 in extra security costs, organizers decided to shut it down.

Though they were slowed by the pandemic, in-person gatherings are roaring back. Just a couple weeks ago, there was a convention called Free Fur All in Tulsa, Oklahoma. Though the convention’s parent organization states on its website that it is “nonpartisan and supports no political or religious causes,” many within the larger community have pointed to speakers and performers — including an “anti-communist, anti-woke” comedian — as well as members who have ties to the far right, to show that this gathering was targeted at furries with far-right views. “Free Fur All is the biggest thing that’s happened in terms of visibility for these far right people,” says Dunn. Patch O’Furr, founder of the Dogpatch Press, notes that the furries attending Free Fur All are a very small contingent of the community. “It’s kind of an orphan of the entire scene,” he says. “It’s not something that the furry fandom will claim.”

Microsoft Confirms 2 New Exchange Zero-Day Flaws Being Used in the Wild
‘It crushed us’: Florida ravaged by Hurricane Ian – and now it’s set to make landfall again
Are the Try Guys Becoming a Trio?
Florida pummelled by one of the most powerful hurricanes in US history
Photos: Modern Angelenos had fun doing chores from yesteryear at Pioneer Day in Chatsworth