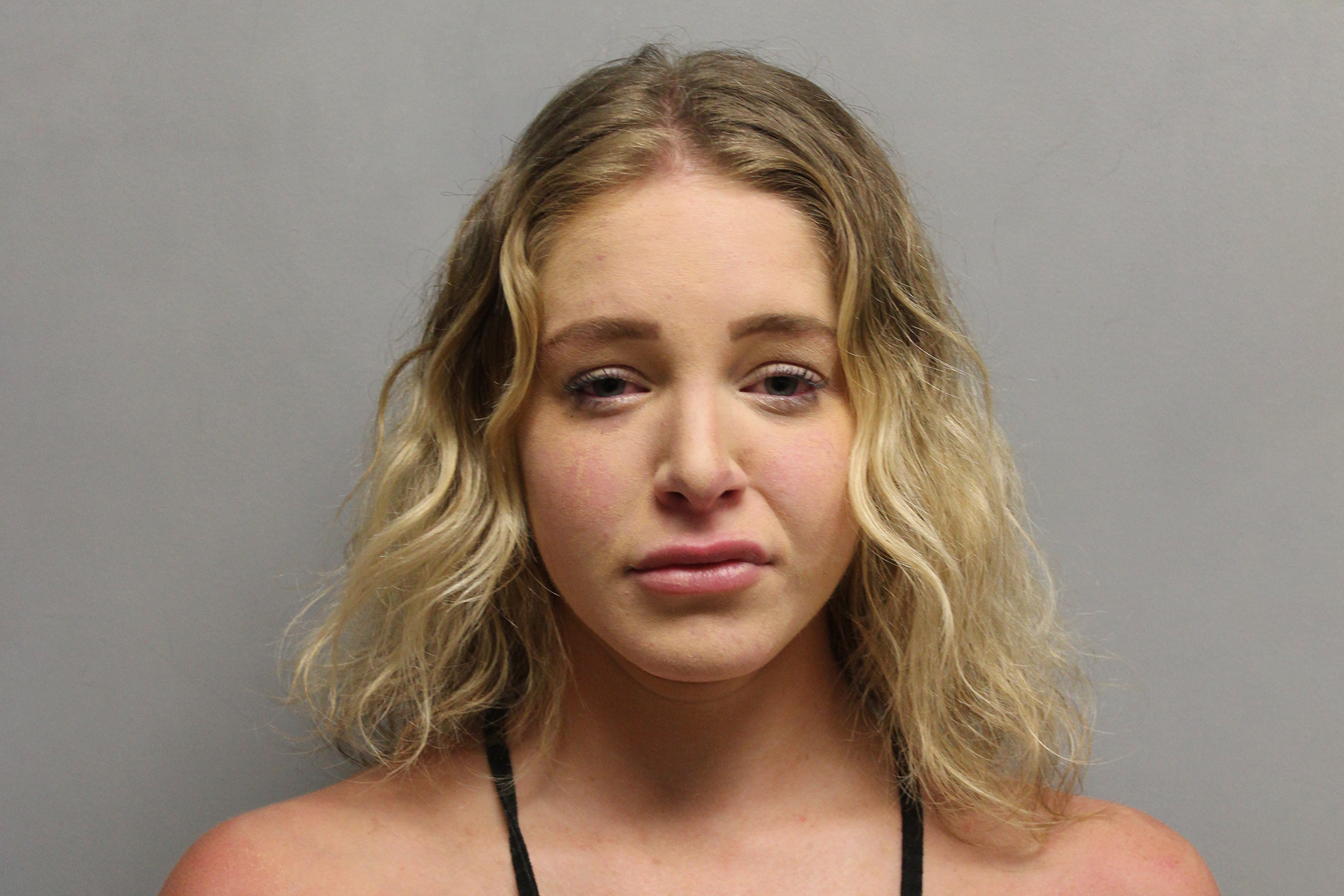 For four months, Christian Obumseli has been dead from a stab wound, with his death ruled a homicide by the medical examiner. For four months, the public has known his girlfriend, successful OnlyFans influencer Courtney Clenney, was responsible for his killing in the Miami apartment unit they shared – through her lawyer, she claimed she’d acted in self-defense. For four months, Obumseli’s family and friends, who dispute claims by Clenney’s lawyer that he’d been abusive towards her and claim she was the aggressor in the relationship, have been waiting for answers in their loved one’s killing. On Wednesday, news broke that Clenney was arrested for Obumseli’s murder. At the time, according to her lawyer, Frank Prieto, she was in rehab in Hawaii for PTSD and substance abuse.

At a press conference Thursday afternoon, Miami-Dade State Attorney Katherine Fernandez Rundle revealed shocking evidence in the case against Clenney, claiming Obumseli had been a victim of domestic violence that ultimately killed him. Fernandez Rundle showed surveillance footage of an altercation in the elevator in the luxury apartment building where the couple lived that took place several weeks before the stabbing incident.

In the video, Clenney, in a white bra top and plaid loungewear pants, pushes, shoves, and jumps on Obumseli, who wears a blue T-shirt and black track pants. He puts his arms out and turns his back to her to press buttons on the elevator panel. At one point, he appears to briefly put her in a headlock, and later pushes her face with his hand.

Fernandez Rundle claimed the clip showed “the defendant aggressively attacking Christian,” adding, “I think [the video] was a descriptive way to show what the relationship was and who the aggressor was.”

Prieto said Thursday evening in a press release that the video did not tell the whole story. “It is a shame that the State Attorney’s Office is seeking to win this case in the court of public opinion by showing an irrelevant and likely inadmissible video of Courtney in an elevator getting physical with Obumseli,” he said. “The video does not depict the events leading up to what was captured in the elevator. Obumseli was the abuser, the worst kind of abuser. He would manipulate and abuse Courtney in private when he thought nobody was around.”

Projecting an illustration of a kitchen knife on a screen, Fernandez Rundle explained that on April 3, Clenney stabbed Obumseli with a six-inch blade that penetrated three inches into his chest and pierced his subclavian artery, killing him. She said the medical examiner found that wound was caused by a downward stroke into Obumseli’s chest, contradicting Clenney’s claim that she’d thrown the knife at Obumseli from about 10 feet away. Beyond that, the prosecutor said, there were no signs on Clenney’s body that she’d been injured during the altercation with Obumseli, despite her telling police that he’d pushed her against the wall by her neck and then shoved her to the ground.

Authorities believe Clenney stabbed Obumseli between 4:33 pm, when he arrived home with sandwiches, and 4:57, when she called 911. They added that Clenney had been on the phone with her mother at the time of the stabbing. Her mother told authorities she heard the couple arguing while she was talking with her daughter. About 10 minutes before Clenney called 911, building management called police alerting them to a disturbance in Clenney and Obumseli’s unit. During Clenney’s 911 call, Fernandez Rundle said, Obumseli could be heard in the background repeatedly saying he was dying and that he was losing feeling in his arm. Clenney could be heard saying, “I’m so sorry, baby.”

Miami Police Chief Manuel Morales acknowledged to Obumseli’s brother and cousin, who were in attendance at the press event, that it is “a tough pill to swallow” when justice takes this long to come. Asked why the arrest had taken several months, Morales said they needed to build a comprehensive case to present to prosecutors. “You only get one shot and you wanna get everything right,” he said.

Prieto told Rolling Stone Wednesday night that he was “shocked” by Clenney’s arrest and maintained there is clear evidence she acted in self-defense. “Obumseli attacked her and choked her that evening; Courtney had no choice but to meet force with force,” Prieto said by email. He added that he was disappointed to see Clenney served with an arrest warrant. “We have cooperated with the investigation from the beginning,” he said. “We have always offered to self-surrender if charges were filed in an effort to begin the legal process of clearing her of the charges.”

Fernandez Rundle addressed Prieto’s reaction during the press conference, explaining that Clenney’s situation was unusual because authorities believed she’d been on “a remote island” more than 4,000 miles away from Miami. “We felt the prudent thing to do — the right thing to do was to go and get her and secure her presence,” she said.

Prieto has repeatedly claimed to Rolling Stone and other outlets that Clenney was a victim of domestic abuse at Obumseli’s hands – although he also acknowledged to Rolling Stone that their relationship was tumultuous and the violence may have gone “both ways.” He has further claimed multiple times that Clenney was a victim of sex-trafficking, but has not elaborated on this claim nor shared any evidence.

Obumseli’s family lawyer, Larry Handfield, told Rolling Stone in the weeks following the stabbing that he and Obumseli’s family believed Clenney was receiving special treatment as a white woman who had killed a Black man. “We believe it is white privilege, because any other person would’ve been arrested,” he said in April. Handfield claimed to Rolling Stone that the Miami Police had bungled the investigation and had only looked into the case after he reached out directly to the State’s Attorney about it. (The Miami Police did not respond to requests for comment on this issue at the time, and the State’s Attorney’s Office did not respond to a request for comment on Thursday.) He denies Prieto’s allegations that Obumseli had been abusive towards Clenney and said he’d spoken with witnesses who said Clenney was the abusive partner in their relationship.

A Rolling Stone investigation published in May spoke with multiple people who knew the couple, including two who described themselves as close friends. Rolling Stone’s reporting showed the couple began dating in Austin in 2020 before moving to Miami earlier this year. According to the sources who spent time with them, Clenney and Obumseli soon developed a tumultuous relationship, impacted at least in part by Clenney’s struggles with substance abuse. Prieto acknowledged Clenney’s substance abuse to Rolling Stone.

Their friends painted a picture of Clenney as an aggressive partner with a history of alleged violence toward other men she’d dated, and who joked about her persona as the “toxic girlfriend” as an excuse. Three people who observed Clenney and Obumseli together claimed they saw Clenney push and shove Obumseli, and that he would try to de-escalate the situation. “I can summarize it as her always having these manic episodes, dragging him into it, and him trying to be like, ‘calm down, calm down,’” said a friend who knew the couple when they lived in Austin. “His role in their relationship was basically to take it from her and to calm her down,” a fellow influencer who knew the couple added.

At the same time, in the days following Obumseli’s death, one source claimed to a local news outlet that he’d seen Obumseli “swinging at” Clenney through the window of their apartment unit about a week before the stabbing.

Authorities are in the process of extraditing Clenney from Hawaii to Miami. She has not yet appeared before a judge.

This article has been updated to include Frank Prieto’s comments about the elevator video.

September financial curse strikes again – and beware of October economic horrors
How Coolio Reimagined a Country Hit With His Unlikely Friend Kenny Rogers
‘The water was way above our heads’: Residents tell of dramatic escape from Hurricane Ian
Liz Truss and Tories’ approval ratings take another hit in fresh poll
Evan Felker Joins Dropkick Murphys for Anthemic ‘The Last One’