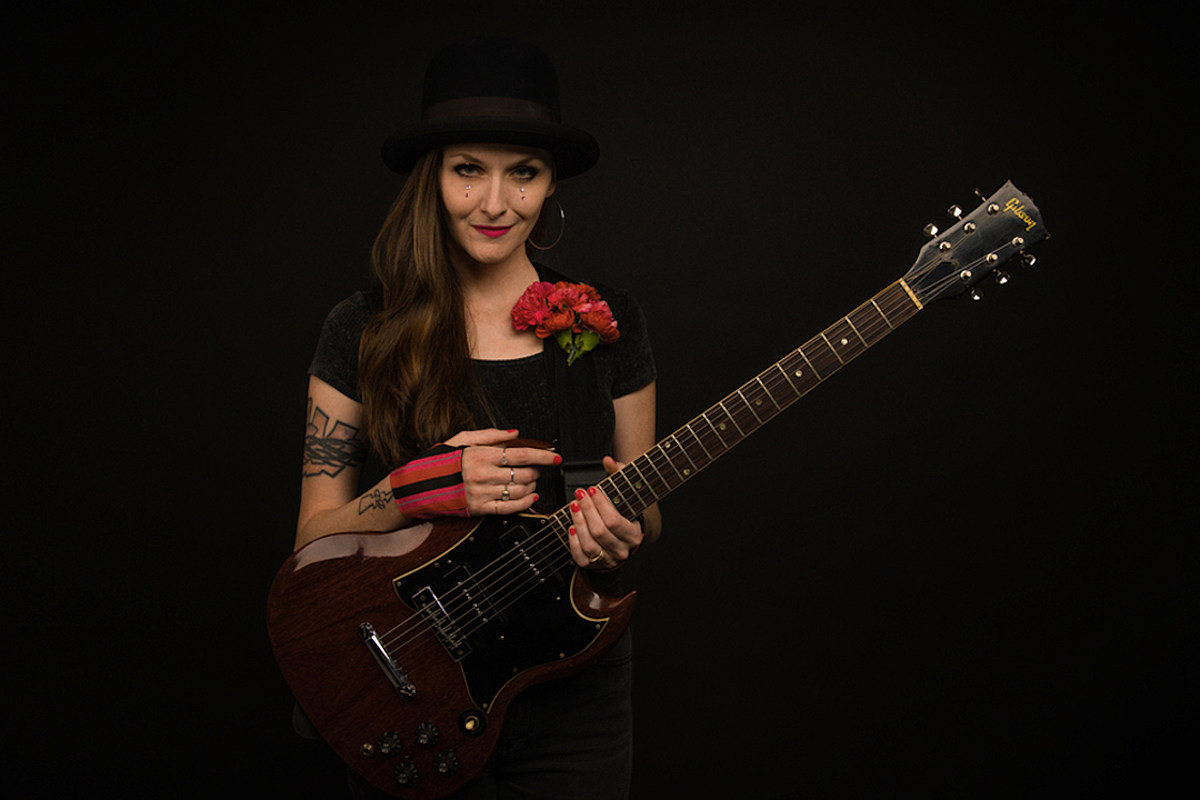 Buick Audra has been just about everywhere you can go in the music industry: she’s won two Grammys as a result of her work with Joss Stone. She is the guitarist and primary songwriter for Nashville heavy music duo the Friendship Commanders. With her third solo album Conversations with My Other Voice, Buick Audra turns her songwriting sights inward.

The album is partially comprised of songs she wrote when she was younger, paired with new songs that reflect her current, more mature outlook. “Simply Said,” her latest single, is a minimalist attack on a complicated family situation.

“I wrote this song right before my life would change in every area; my long-term relationship was about to be over, my family would be forever impacted by an incarceration, and I was right on the edge of learning some truths about myself and everyone else in my life,” she explains. “There were a lot of closed doors and secrets among us. This song was like a lightbulb in an otherwise dark house; I could see just enough to know that it wasn’t my job to take care of everyone else in the story. And so, I wrote it exactly that way.”

While the other songs on Conversations swirl and pulse with intensity, “Simply Said” is just Audra on guitar. On the album, she’s joined by eight women she admires: ally Jaye, Alicia Witt, Cynthia Cárdenas, Stephanie Jacques, Anna Haas, Kat Jones, Samantha Frances, and Amoretta Layne. The song declares that the narrator no longer has to “take care of you.”

In the video, Buick Audra performs alone, exemplifying the song’s lonely defiance — and hope towards being extricated from a difficult situation. The video was recorded live at the Sound Emporium in Nashville, where Buick Audra recorded the album.

“It’s a full circle moment to go back to the space where we did this project that means so much to me. There’s a magic in that room and I was grateful to connect to it one more time.” The video was shot by Jerry Roe, and the audio was recorded by Justin Francis, who also engineered the album.

Buick Audra will also release a companion book of essays meant to flesh out the song’s themes. Conversations with My Other Voice will be out on Sept. 23.

John Prine could write a song like no one else. Throughout his five-decade career, the folk icon proved himself to be one of a kind.

Prine’s lyrical stories were both fantastical and simple; he wrote with a Midwest-bred honesty and humor that kept listeners on their toes. His catalog, spread over 18 albums, contains vivid stories (“Lake Marie”), insightful looks at the human condition (“Hello in There”) and sweet love songs (“Aimless Love”).

Impressively, Prine was only in his mid-20s when he wrote song of his most beloved songs, from “Sam Stone” to “Angel From Montgomery.” He earned critical and industry acclaim, even if his work was not particularly commercially successful, and his songs were covered — and made into hits — by everyone from George Strait to Miranda Lambert, among many others.

These 13 Prine lyrics — largely pulled from his songs’ choruses — are some of his very best: