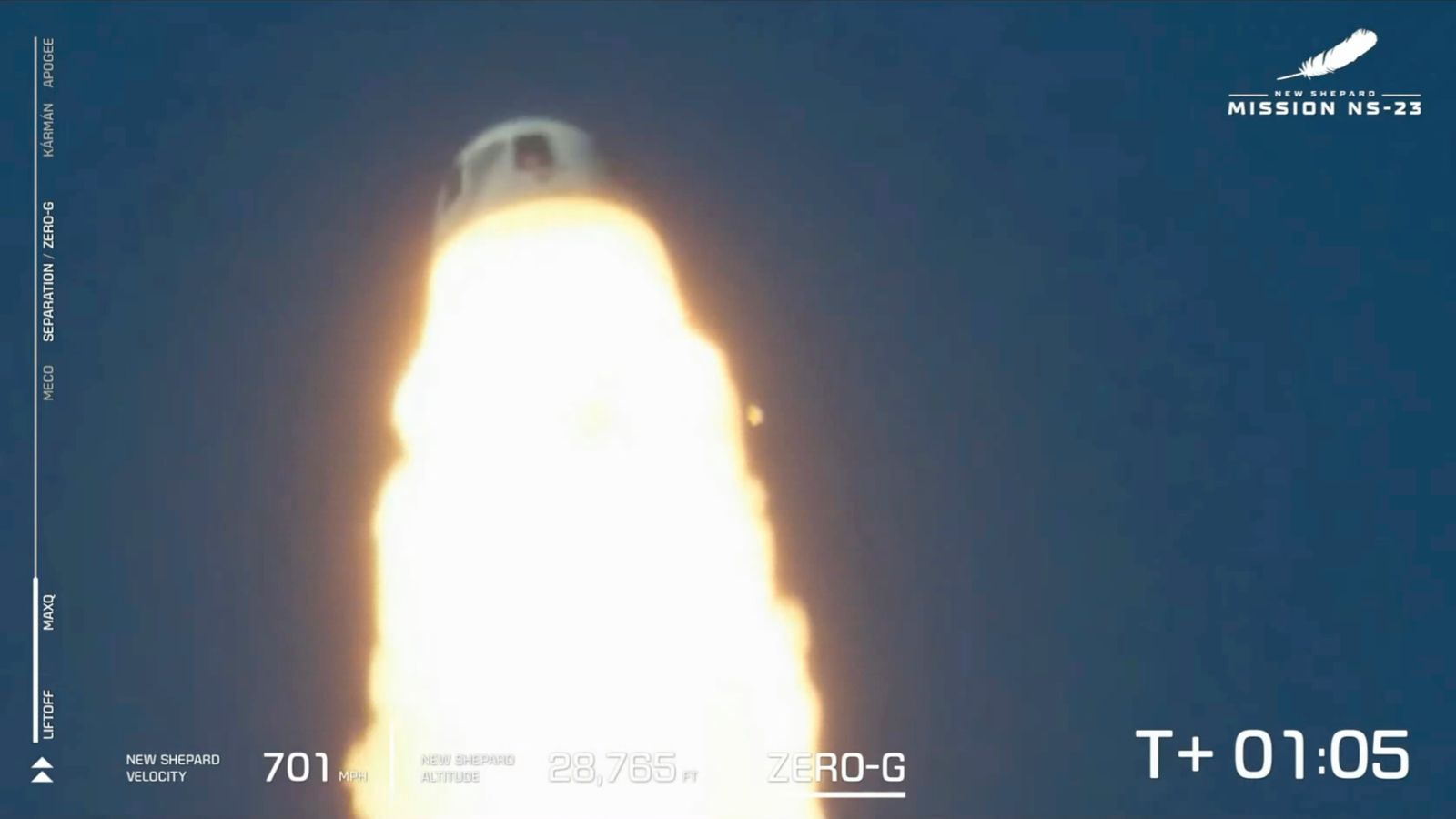 The rocket company owned by the Amazon founder Jeff Bezos has suffered its first launch failure – with an escape system flinging the crew capsule to safety.

Pictures show flames shooting from the engine about a minute into flight and the capsule firing off from the rocket’s nose.

It later landed in the Texan desert supported by three parachutes.

The mission on Monday was crewless and contained dozens of experiments, but is the same system used for launching people to the edge of space.

Blue Origin said the “capsule escape system functioned as designed” after the booster failed on its New Shepard rocket.

Video released by the company showed the capsule’s touchdown but not the fate of the rocket, which was going about 700mph at around 28,000ft (8,500m).

Launch commentary went silent when the failure occurred, with the announcer eventually saying: “It appears we’ve experienced an anomaly with today’s flight. This wasn’t planned.”

The rocket usually lands itself upright so it can be used on future flights.

The FAA, America’s aviation watchdog, has grounded the rocket pending an investigation.

It was the 23rd mission for the company and Mr Bezos was on the first crewed mission last year.

Thirty-one people, including Star Trek actor William Shatner, have travelled on the rocket and the last paying flight was last month.