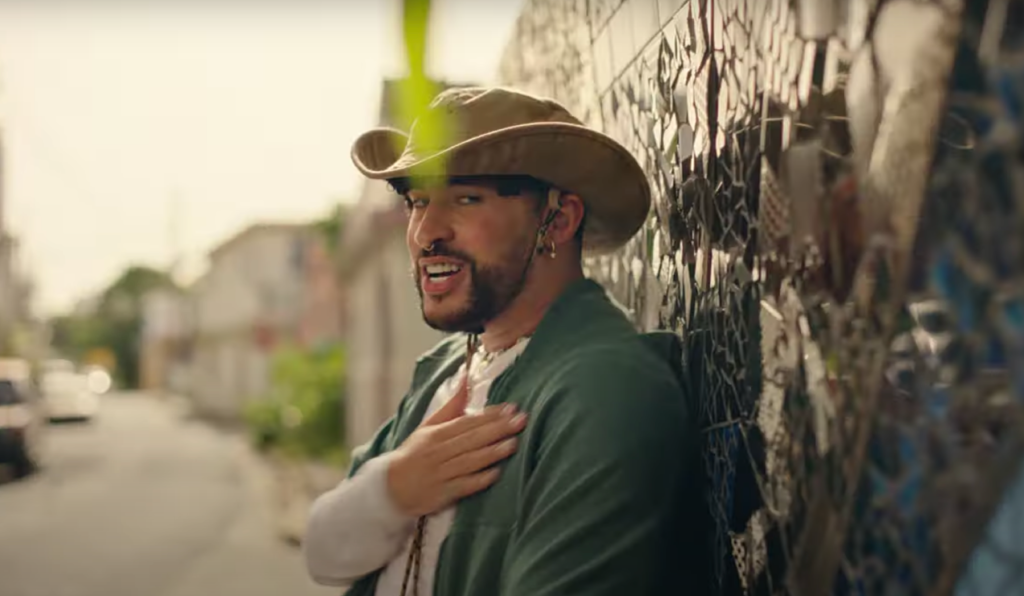 On Friday, Bad Bunny released the highly anticipated music video for “El Apagón,” a spirited ode to Puerto Rico that addresses several of the socioeconomic issues affecting the country. The song takes its title from the rolling blackouts that have plagued Puerto Ricans, especially after Hurricane María struck exactly five years ago. But, never one to shy away from what’s happening on the island, Bad Bunny surprised many by going much deeper into the track’s subject matter and  including an entire 18-minute documentary at the end of the video.

The first four minutes of “El Apagón” show Bad Bunny and locals of all ages in Old San Juan’s La Perla neighborhood. There’s tons of imagery of Puerto Rican stars and historical figures, and it all ends with Bad Bunny leading a rave inside the Guajataca Tunnel, where he turns the spotlight on LGBTQIA+ dancers voguing and partying with him. Eventually, everyone breaks into a chant that has already become iconic: “Puerto Rico está bien cabrón!” From there, the video segues into a sunrise, and quickly shifts gears.

Independent journalist Bianca Graulau takes over for “Aquí Vive Gente” (“People Live Here”), a short yet detailed documentary that goes in-depth on issues affecting the island. For a few years now, Graulau has used YouTube and social media to report on what Puerto Ricans have been experiencing and how the economic policies of the last administrations have adversely affected the archipelago. Her videos have become increasingly popular and widely shared by locals and the diaspora ​​— and clearly caught even Benito’s attention. 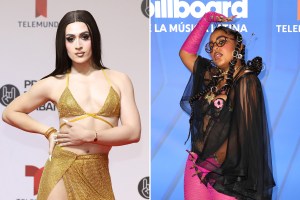 The documentary dedicates time to the maligned sweetheart deal that the previous administration of former governor Wanda Vázquez made with a private company called LUMA Energy, the current administrator of Puerto Rico’s power grid. Bad Bunny spoke out against LUMA during his Un Verano Sin Ti concerts in San Juan last month, echoing the frustration clients have had with poor quality of service and inflated prices.

Graulau also takes viewers through the damaging tax exemptions that have opened the doors to an influx of wealthy foreigners and corporations who have moved to Puerto Rico to take advantage of laws and receive massive breaks. She details how these laws impact  the livelihood of locals —  one woman she interviews named Maricusa Hernández reads from an eviction letter she received after the building in Santurce where she had lived in for 26 years was sold to a property management company that’s reselling it for $1.5 million. “They’re displacing boricuas to become rich,” Hernández says in the documentary.

Bad Bunny directly addressed these issues in “El Apagón.” He cedes the end of the track to his partner Gabriela Berlingeri, who sings “Yo no me quiero ir de aquí… Lo que me pertenece se lo quedan ellos… Esta es mi playa, este es mi sol… Esta es mi tierra, esta soy yo” (“I don’t want to leave… They take what belongs to me… This is my beach, this is my sun… This is my land, this is me.”)

Bad Bunny has been vocal about politics in Puerto Rico for a long time. In 2019, he was one of the biggest names involved in the ouster of then-governor Ricardo Rosselló, and he has leaned harder into his work as an activist and advocate. His songs “Afilando Los Cuchillos” and “Compositor del Año” directly engaged with social topics in and outside of Puerto Rico, but it’s with “El Apagón” that he’s planted his flag and declared his full-throated love and support for his home. That he did so on an album that has become one of the biggest of the year was special for his Puerto Rican fans, and the immediate reactions to the music video and documentary show how heartened they are to see him using his platform to shine a light on important conversations that need to be had. He’s made sure to clue in fans who haven’t been aware and rally support to push Puerto Rico toward a future he and its citizens have been envisioning. The song and music video are more than just a message  ​​—  they’re a call-to-action.

Nations demand urgent meeting with Kwarteng as Tory top team doubles down on plan to cut spending
Hollywood’s Covid Protocols To Remain In Place As Negotiations Continue
Watch Willie Nelson & Professional Wrestler Dusty Rhodes Sing “Whiskey River” In 1982
9 Luscious Literary Books Like Transcendent Kingdom
77 killed and many are unaccounted for after one of strongest, costliest hurricanes in US history