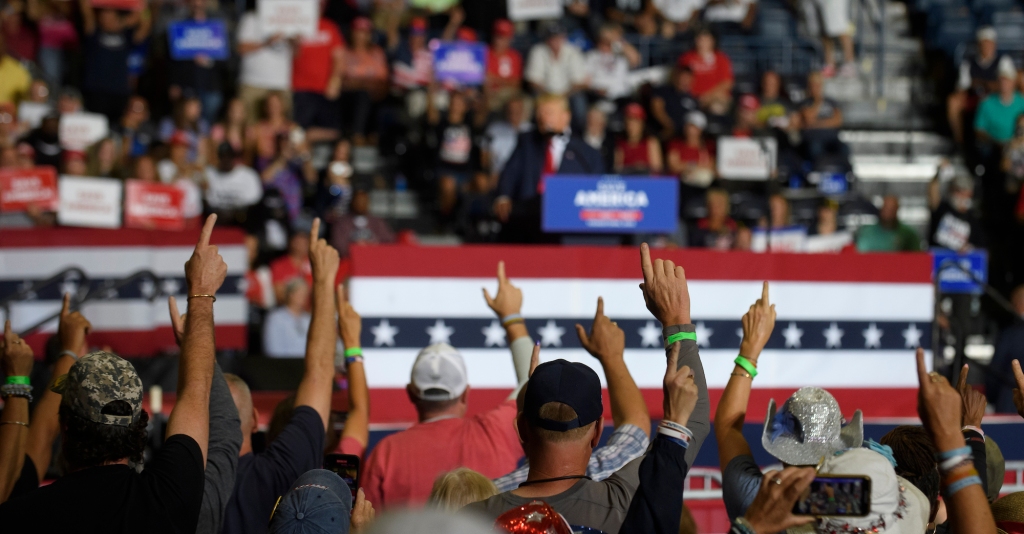 At the end of Saturday night’s Trump rally, something strange (well, more strange than usual) happened. As the former president delivered the eight-minute monologue that concluded his speech, dramatic strings music began to play in the background and a portion of the mesmerized crowd raised their hands with their pointer fingers extended in an odd salute.

The song has not been definitively identified, although some — including The Daily Beast’s Will Sommer — said it is titled “WWG1WGA” after the QAnon slogan, “Where we go one, we go all,” and is affiliated with the movement. The New York Times’ Maggie Haberman speculated Trump may have used a song titled “Mirrors” by film and TV composer Will Van De Crommer. But, as a music professor who analyzed “Mirrors” after Trump used it in a video told Vice in August, the two songs are “identical.”

“I have listened to both [“Mirrors” and “WWG1WGA”] closely several times now, and I have 100% professional confidence these recordings are identical, not even a reinterpretation of a composition, but the same recording,” David Dominique told Vice News.

The rally song is only the latest development in Trump’s apparent embrace of QAnon. Earlier this week, Trump posted to Truth Social a photo of himself wearing a Q lapel pin with the words “The Storm is Coming” — another phrase used by the Q movement — superimposed on the image. The “storm,” believers say, is a reference to Trump’s return to the presidency when he will punish his enemies in the Deep State.