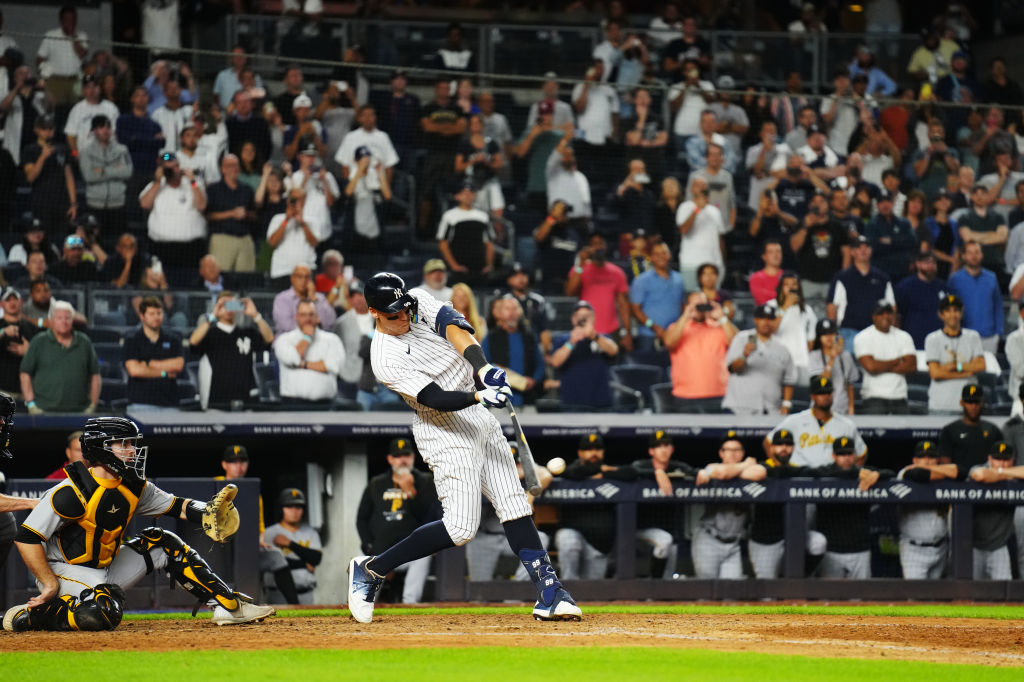 Aaron Judge continued his pursuit of baseball’s (legitimate) home run record Tuesday night when the New York Yankees outfielder hit his 60th home run of the year, tying him with Babe Ruth’s mark and putting him within one long ball of matching Roger Maris’ Yankees and American League record.

Maris’ sons Roger Jr. and Kevin were on hand at Yankee Stadium Tuesday night for Judge’s 60th homer, which kicked off the team’s improbable comeback from a four-run 9th inning deficit to win 9-8 against the Pittsburgh Pirates.

Roger Maris’ MLB record of 61 homers stood for 37 years until the HGH era wiped away the feat, with Mark McGwire, Sammy Sosa, and Barry Bonds all establishing new home run records in the steroid-fueled seasons of the late Nineties and early 2000s; Bonds currently holds the asterisk-marred record with 73 home runs in 2001. (Due to their HGH usage, Bonds, McGwire, and Sosa remain unenshrined in the Baseball Hall of Fame.)

Not counting those three BALCO-era sluggers, the 6’7″ Judge is the first player since Maris to hit 60 home runs — Judge’s Yankees teammate Giancarlo Stanton came close, with 59 dingers in 2017 — and is now two home runs away from what would be his American League record-breaking 62nd home run. 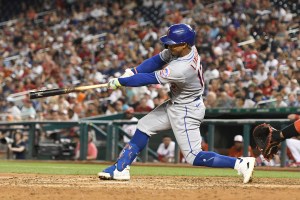 (The Yankees have 15 games left for Judge to establish the record, though Judge’s unclear vaccination status could cost him from playing three games in Toronto — vaccination is still required to enter Canada — in late Sept.)

“I don’t think about the numbers,” Judge said after Tuesday’s game. “When you talk about Ruth and Maris and [Mickey] Mantle and all these Yankees greats that did so many great things in this game, you never imagine as a kid being mentioned with them. It’s an incredible honor. It’s something I don’t take lightly at all. But we’re not done. We still have a couple games left in this season, and hopefully, a couple of more wins come with them.

It remains unclear how Cooperstown, statisticians, and baseball historians, in general, will judge Judge’s final total, whether it’ll go down as the legitimate home run record — something many fans still believe Maris owns, for now — or if he’ll forever be slotted behind the HGH sluggers in the annals of MLB history. Or maybe Judge will just end all controversy and break Bonds’ record wherever the 30-year-old free-agent-to-be winds up playing in the future.