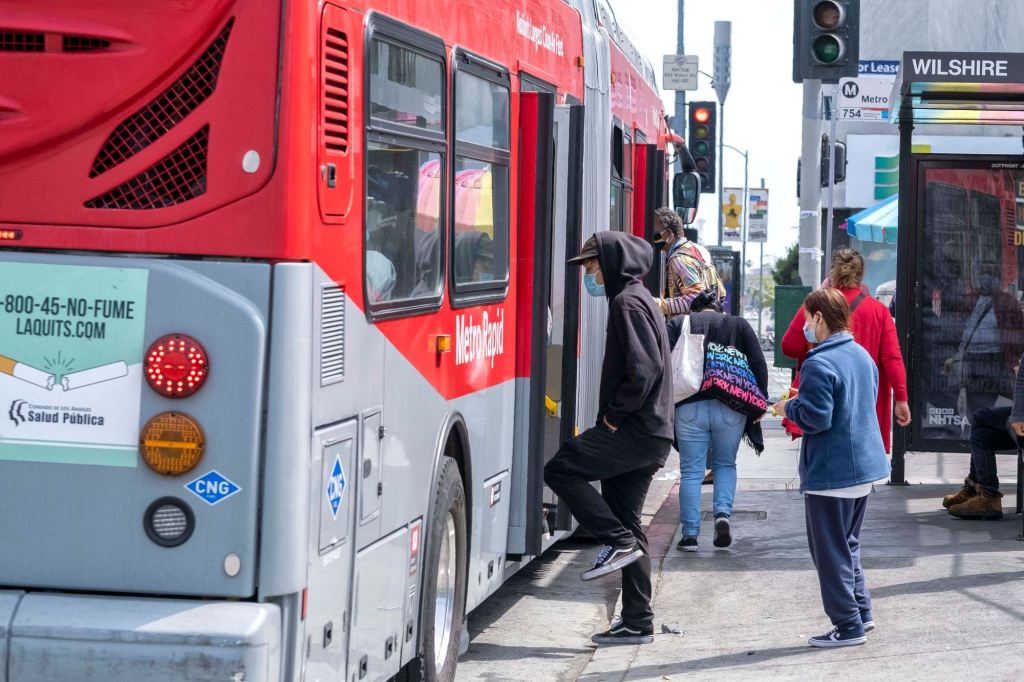 Vermont Avenue is the second-busiest transit corridor in Southern California after Wilshire Boulevard, yet plans to add a light rail train along the north-south artery from Hollywood to South L.A and beyond would take decades to complete and cost billions of dollars not yet in hand.

In an effort to get something done faster, the L.A. County Metro Board of Directors voted 12-0 on Thursday, Sept. 22, to divide the stagnated Vermont Transit Corridor project into three phases, with two of them to be completed sooner rather than later.

In the near term, the plan calls for building new bus shelters, adding more bus service and putting in bus-only lanes on Vermont.

This first phase would address both the slow service riders face on this major artery, and ways to improve the experience.

The LA Metro buses travel an average of just 10 miles per hour on the Vermont Avenue corridor stretching south from Hollywood Boulevard to Koreatown, USC, Florence, Hyde Park, the 105 Freeway and 120th Street. The buses run on schedule about 70% of the time, LA Metro reported.

Board member and Los Angeles County Supervisor Holly Mitchell said 45,000 people board buses along Vermont every day, yet she lamented service reductions implemented recently. “We need to do better,” said Mitchell, who co-authored the motion.

The new plan also calls for building a Bus Rapid Transit (BRT) project along Vermont Avenue. A BRT is a dedicated bus service that has its own lanes not shared with cars. A BRT has separate bus stops, usually in a cut-out at curbside. An example of a BRT is the Metro G Line (Orange) in the San Fernando Valley.

Metro called for this phase to open no later than 2027.

Once again, money is an issue. Though recognized as a rail line that would carry a large volume of passengers, Metro included Vermont rail in its 2009 long-range strategic plan as an “unfunded project.”

The agency would need to seek funding from the federal government for constructing a BRT, the report stated. Only about $425 million is allocated for the Vermont Corridor projects in Measure M, a half-cent sales tax measure passed by county voters in 2016 and used by LA Metro to fund capital projects.

For the longer-term, envisioning a12.5-mile light-rail train, the board moved to set aside about $42.5 million of Measure M funds for preliminary development. It also designated the proposed Vermont Corridor light-rail phase “a first priority” for any future capital funding acquired by LA Metro.

“Now I understand some individuals have a concern that this would allow Vermont to leap frog over another project to that project’s detriment. Nothing in this motion allows for that,” said Dupont-Walker.

“This motion assures that the longer-term rail project will not be forgotten,” she added. No date has been set for completion of a light-rail line.

L.A. Mayor Eric Garcetti, who is also a Metro board member, said the demographics of bus riders would help get federal grants. About 90% who ride bus lines 204 and 754 identify as black, indigenous, and people of color, according to the staff report. Also, the report said more than 60% of bus riders live below the poverty line and 84% do not have access to a car.

“If I were looking at this project from a federal perspective, it is a great opportunity,” Garcetti said. “Let’s go get some money.”