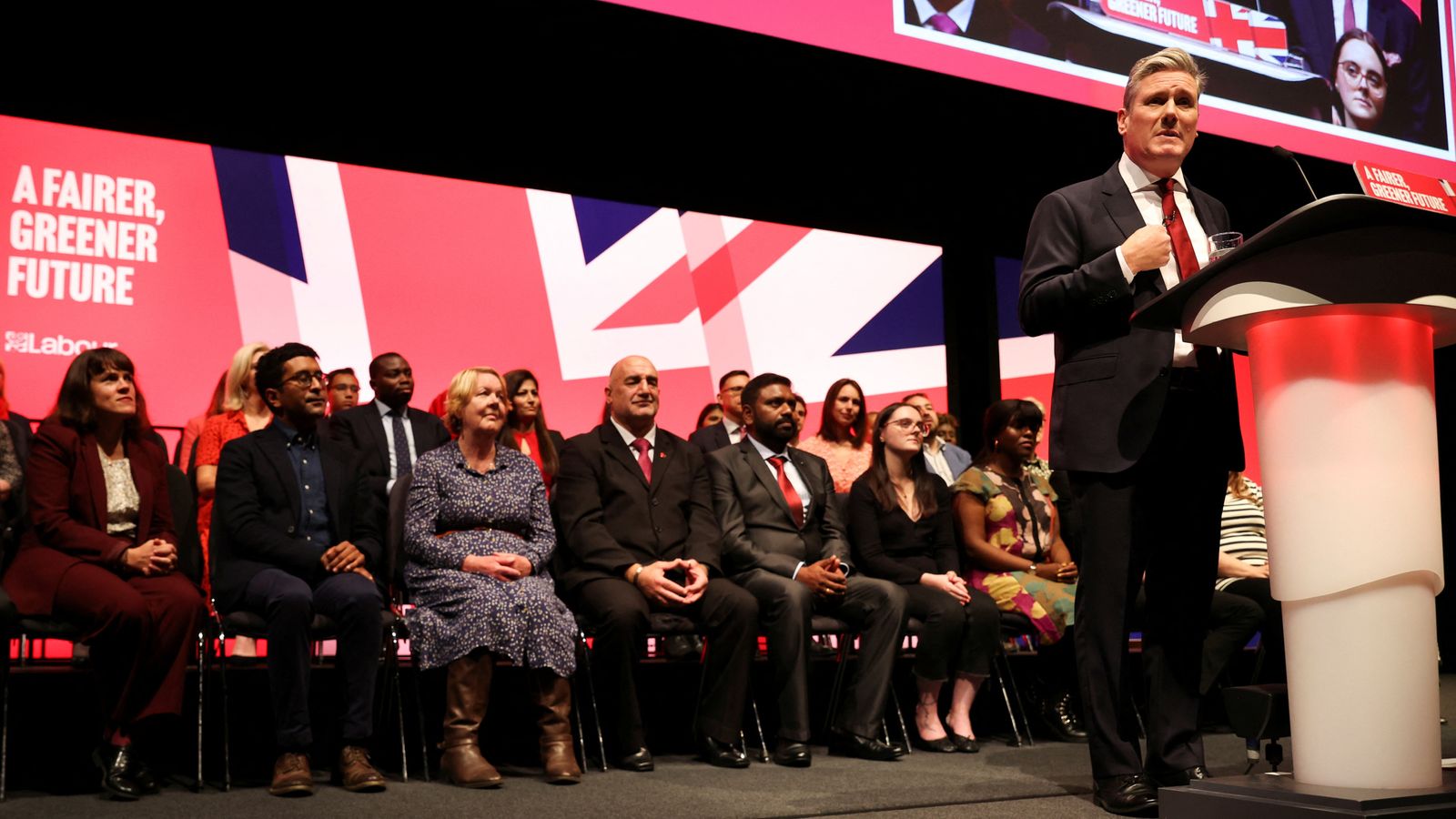 The role of GB Energy will be to provide additional capacity alongside the private sector, to establish the UK as a clean energy superpower and guarantee long term energy security, the Labour leader said.

Many European, Asian, and American countries have public generating companies, like EDF in France.

Delivering a keynote speech at the party conference in Liverpool, Sir Keir said the largest onshore wind farm in Wales is owned by Sweden, so “energy bills in Swansea are paying for schools and hospitals in Stockholm”.

He added: “The Chinese Communist Party has a stake in our nuclear industry. And five million people in Britain pay their bills to an energy company owned by France.

A Labour Party source told Sky News the hope is that GB Energy will “eventually be an EDF”.

The announcement builds on Labour’s commitment to make the UK a clean energy superpower by 2030 and create a National Wealth Fund to invest in British industry.

Sir Keir said Labour “will make sure that the public money we spend building-up British industry, spurs on private investment, stimulates growth… and the British people enjoy the returns”.

He added: “Labour won’t make the mistake the Tories made with North Sea oil and gas back in the 1980s, where they frittered away the wealth from our national resources.

“The road to net-zero is no longer one of stern, austere, self-denial. It’s at the heart of modern, 21st century aspiration. Technology has turned everything on its head.”

Tories ‘have ripped out foundations of Britain’

The speech came after days of market uncertainty driven by Chancellor Kwasi Kwarteng’s mini-budget – something Sir Keir said the public should “not forgive and not forget”.

Sir Keir accused the Tories of crashing the pound and losing control of the economy “to give tax cuts to the rich”.

“They used to lecture us about fixing the roof when the sun was shining,” he said.

“But take a look around Britain, they haven’t just failed to fix the roof, they’ve ripped out the foundations, smashed through the windows, and now they’ve blown the doors off for good measure.” 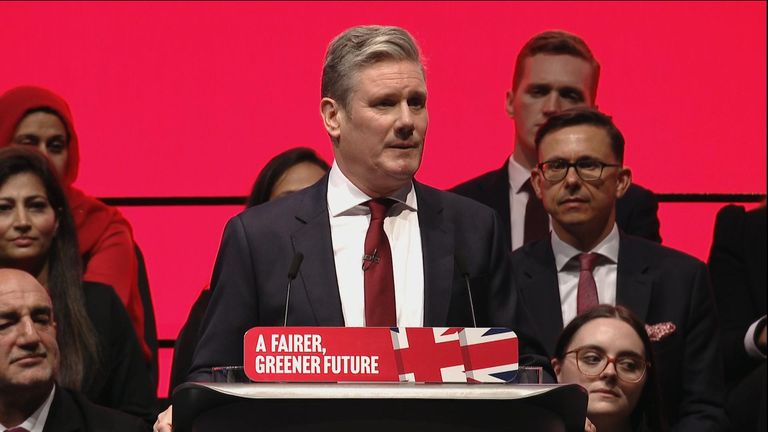 ‘Tories have smashed windows and blown doors off’

In another policy announcement, Sir Keir said Labour wants to increase homeownership and will set a target of 70%, offering a new mortgage guarantee for first-time buyers to help more people get onto the housing ladder.

He also promised to make Brexit “work” – saying that is something voters won’t get from the Tories or SNP.

His condemnation of the SNP was well-received by the audience.

He said Labour is “the party of the centre ground – once again the political wing of the British people”.

How was the speech received?

Sir Keir won no fewer than 10 standing ovations during his confident and assured 50-minute speech.

Deputy leader Angela Rayner told Sky News’ political editor Beth Rigby the speech showed how passionate he is, after suggestions from some quarters that he is boring and lacking in personality.

Ms Rayner was a supporter of former leader Jeremy Corbyn and has been generally seen as more to the left of the party than Sir Keir.

“I think he’s exactly what we need in this country at the moment, someone who’s got very clear ideas, very good ethics,” she said.

For anyone in doubt that Labour wants to be seen as a patriotic party under Sir Keir Starmer, the signs are not very subtle.

It started with kicking off the conference with the national anthem.

And it has culminated in Sir Keir giving his leader’s speech surrounded by British flags.

It doesn’t get much more patriotic than that.

The speech was less well received by the SNP, who accused Labour of “turning into the Tories”.

The Conservatives also hit back, saying there was nothing new in the speech “no matter how much he tries to emulate Tony Blair”.