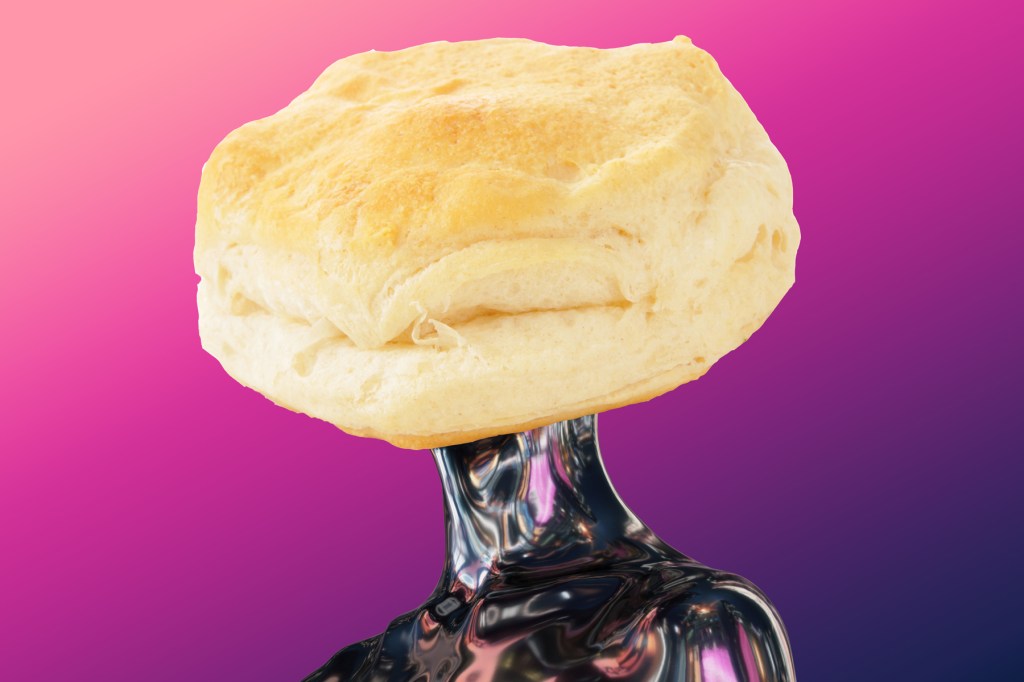 Once upon a time, obscure media stayed obscure. Movies became cult classics worshiped by a select audience. Indie bands had devoted listeners but never broke through to mainstream success. Canceled TV shows never got rebooted, while little-reviewed books went to libraries to gather dust, and perhaps be discovered in another decade.

But online, something very different may happen. An idea or meme can be so niche — so particular and baffling — that it explodes in the collective consciousness. Paradoxically, it’s the feeling of a private joke or secret knowledge among very few insiders that draws more people into the trend. Which is how the “Chrome Beach Biscuit Lady” took over TikTok.

As you can see, the concept pairs two wildly different elements. The first is TikTok’s “Vacation Walk” filter, which transforms the user into a chrome-skinned woman walking along a beach. The second is the off-kilter yet oddly infectious song “Taste the Biscuit.” Put them together and you’ve got Chrome Beach Biscuit Lady.

After user @jennersparkles74 came up with this demented combo in mid-September, others followed suit, usually while claiming that they were part of a small, elite, largely unknown tier of Biscuit Lady enthusiasts: “I feel like I’m in an exclusive taste the biscuit fan club,” wrote one convert, while another captioned his clip, “Hello all 15 people on chrome lady, taste the biscuit tiktok.” Some joked that they had gotten so embedded in this content that was starting to dominate their “For You” page. “Is it even trending or are the same 5,000 people getting shown every single video created?” someone asked. 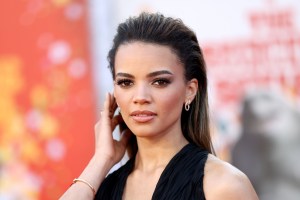 Of course, the more confusion expressed at the phenomenon, the more it grows. But underneath you have the enduring appeal of “Taste the Biscuit” itself, which takes rather more explaining, because the song had a previous life as an internet sensation… more than a decade ago. It originated in a 2010 mockumentary, Chickens in the Shadows, directed and scored by filmmaker/musician Vincent Gargiulo. The movie follows the disastrous “reunion” tour of a fictional 1970s lounge duo, Toasters ‘N’ Moose, played by Tom Shaw and Estelle Piper. In one scene, their manager has landed them a gig where they can play one song at a mall thrift store. To an audience of indifferent shoppers and employees, they perform “Taste the Biscuit.”

“It’s just a sexy food song, probably written under the influence of eating KFC back in 2009,” Gargiulo tells me in an Instagram DM. Piper, whose voice you hear on the track, says that “Vincent wrote Seventies genre songs in several of the styles prevalent then, making them catchy as hell, but just off enough that you see why this fictional duo only had one album and one hit.” She remembers that “Taste the Biscuit” achieved standalone meme status after the online success of Chickens in the Shadows, and “was picked up by all kinds of fans who did their own versions or duets on YouTube: hip-hop kids, kids from the Midwest and, for some reason, Phish fans.”

Most famously, Gargiulo says, it was featured on George Lopez’s talk show, Lopez Tonight, and in a guest appearance, Billy Ray Cyrus once sang his own rendition.

“And every couple of years, it hits again,” Gargiulo says, “so this time wasn’t that big of a surprise, although it seems to be bigger this go-around. The Chrome Lady I don’t understand, but sure, cool. I just wonder if money’s being made because it sure isn’t going to anyone involved with the original video,” he adds. It’s worth mentioning, then, that you can watch the very funny Chickens in the Shadows in its entirety on Gargiulo’s own YouTube channel. You can also buy the soundtrack — a full Toasters ‘N’ Moose album — on Bandcamp.

Shaw, an accomplished pianist and composer with a long-running jazz trio based in the Bay Area, celebrated the resurgence of “Taste the Biscuit” on his Twitter account. “It’s been a fun and weird (in a good way) journey!” he tells me. “I love the life, er… lives the song has had and continues to have. Who knew when we were making our little zero-budget film that something like this would happen? Although I do think the film is a little (hey, it’s a succinct 61 minutes long) gem, and I wish more folks could check it out.”

“I kinda love that it’s having a resurgence yet again, and that so many of the comments are similar to the ones in 2010,” Piper says. “What’s also cool is what people are doing with it now that we have more media and more tools to play with. Some of the ones we’ve seen are pretty incredible.” Besides the “silver ladies,” she enjoys musicians adding their own instrumentation and harmonies to her seminal version of “Taste the Biscuit.”

Like Piper, Shaw admires the remixes. “I’m loving all the creative fun people are having with it,” he says. “At this point, I think I’m unable to catch up with all of it!”

“People seem to dig the groove, the catchiness of it all, and of course Vincent’s crazy lyrics,” Shaw continues — lyrics that he believes work on two levels: “It gets people hungry,” for one, but it also “taps into folks’ inner sexuality, horniness and thirst! It’s a brilliant convergence of all those things that just makes the song click! Those fortunate (or unfortunate!) enough to see the original video also have the additional trippiness of two ‘old folks’ rocking out in a thrift store singing about ‘biscuits’ and ‘honey sauce,’” he says.

But while it’s great to be discovered by newcomers, Piper says, she, her co-star, and director “still hear from so many of the original fans from 2010 and are friends with them on social media. It’s been a trip to see the young ones grow up.” The movie also remains special to her as her first appearance in an indie film. Although she’s “pretty confident” with acting, she “was scared to death to sing in front of an audience.” When they filmed in the thrift store in Los Banos, California, she says, those folks dancing around in the background were actual employees and customers.

Shaw admits that he doesn’t quite “get” the chrome lady TikToks, but only got on the app when he heard “Taste the Biscuit” was taking off there, so has limited experience with its often surreal aesthetics. “If I had written the song, however, I’d be totally happy with whatever form it takes!” he says. “I just wish Vincent could benefit from it more. But again, if it were my tune, the fact that it’s bringing folks happiness around the world would be immensely satisfying. In fact, as a songwriter/composer myself, that truly is my ultimate goal in life, and truly the most successful of success one can achieve!” His own favorite “Taste the Biscuit” TikToks include several “hilarious” videos by a creator named Brian Laskey, who likes to interpret the song through dance — even if he’s at Home Depot:

“In this especially tumultuous world of pandemics and political turmoil,” Shaw concludes, “I think people desperately need to escape with things that are silly and goofy… and to be silly and goofy.”

You know something? He’s absolutely right. I need to take a break from reality as a chrome lady walking down the beach, vibing to the smooth sounds of the 1970s. Thanks, Toasters ‘N’ Moose.