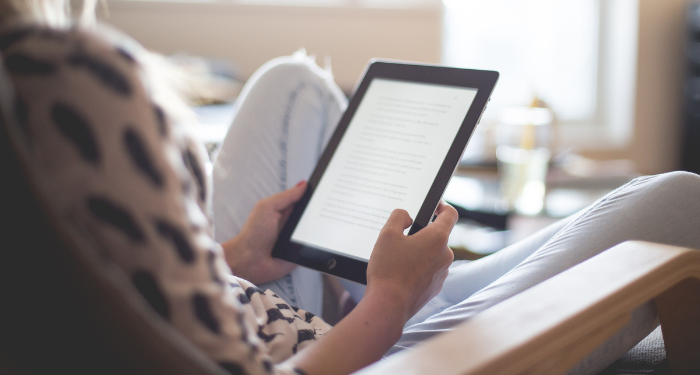 Amazon has been quietly making a series of changes to their Kindle policies regarding ebook returns, lending between users, ebook formats, and more. What’s afoot at Amazon, and what’s the future of Kindle? While the ebook giant may not be forthcoming with details about these changes, here’s what we know so far.

The most recent change is one authors and publishers have been begging for: updating the return policy for “accidental” book purchases. Previously, Amazon allowed users to return any ebook within seven days of purchase, no questions asked. A TikTok trend led to this return policy being abused on a large scale. Users would purchase a book, read it within the seven day window, and return it as an accidental purchase. Some argued that this was a harmless way to use Amazon as a lending library.

Authors, especially self-published authors, were quick to point out that this “life hack” was anything but harmless. On Twitter, authors pointed out that Amazon deducts royalties for returned books from author payments. In some cases, Amazon requests money already paid out to authors be returned, leading to negative royalty balances. Unlike in actual libraries, where authors are paid royalties for the copies available to patrons, this read and return trick with Amazon meant authors weren’t paid at all for their work.

Authors begged Amazon to fix this problem, pointing out that Amazon had the tools at hand to see if readers had finished the books they claimed to have purchased mistakenly. A Change.org petition about the return policy gained over 75,000 signatures. On September 23, Amazon responded by announcing they will change their Kindle return policy for accidental purchases. Readers will now only be able to return ebooks within seven days of purchase if they’ve read 10% or less of the ebook in question. Otherwise, users will need to contact a customer service agent in order to process ebook returns. The policy is set to go into effect before the end of the year.

This is a positive move for authors whose books were essentially being pirated through the ebook return loophole. For readers, while it may limit their ability to freely read and return ebooks, it’s a fair change. Presumably, readers will realize they’ve “accidentally” purchased a book within the first 10% of the text, and further help for returns is available through customer service. The Author’s Guild and the UK Society of Authors are both praising the change, with the Society of Authors calling it “a major improvement for authors of books available on Kindle.”

Earlier this year, Amazon announced another change that will impact Kindle users. Kindle will support EPUB files for the first time since its creation. EPUB is an open standard format widely supported by other ereaders and devices. Until now, all Kindle books had to be in MOBI or a proprietary Amazon format, limiting where ebooks could be acquired.

Good E-Reader reports that the new compatibility is now in effect as of late August 2022. Users can send EPUB files through their Kindle email address. With this change, however, comes the news that Kindle no longer support MOBI files, a format supported on Kindle devices from its inception. MOBI files previously downloaded to Kindles will still be accessible, but all new ebooks will need to be downloaded in an EPUB or proprietary Amazon format.

Overall, this is a positive move, making it easier to purchase and download ebooks from sources other than Amazon and to access your ebooks on different ereading devices.

Now for a little bad news: Amazon has silently ended lending of ebooks between Kindle users. Previously, certain ebook titles could be digitally “lended” between users through the Amazon website. Someone who purchased a lendable book could send it to a friend’s Amazon account. The purchaser was not be able to access the book while it was lended. At the end of two weeks, the ebook was automatically returned to its owner.

No official Amazon announcement is available, but it appears this feature has now disappeared from all Kindle ebooks. This was brought to my attention by a Book Riot reader who, after communicating with multiple Amazon customer service representatives unaware of the change, finally spoke with an agent who shared that the lending option was discontinued at the end of August 2022. This reader was utilizing a post I wrote for Book Riot in 2018 explaining how to lend Kindle ebooks and reached out to notify me of the change. Unable to find any formal information about the change, I looked around in my own Kindle library and saw for myself that books that were previously lendable no longer had the option to lend.

The reason for this change remains unknown. As this was previously a benefit to purchasing ebooks through Amazon, it’s disappointing to lose this feature. And it’s not the only “lending” Kindle option to disappear in recent years. The previously popular Kindle Lending Library was ended in August 2020 after almost a decade. This lending program allowed users to borrow one free ebook per month and re-download that book at any later date. Users were instead directed to Prime Reading or Kindle Unlimited.

What’s Ahead for Kindle?

None of these changes to Kindle features and policies have been widely communicated by Amazon, inviting the question, What other Kindle features are quietly disappearing? It’s not unusual for Amazon to make changes to their products and services without announcement. These changes over the past few months indicate that Amazon is shifting Kindle in a new direction, although that direction is unclear.

Can updates to new Kindle products give us a glimpse at what Amazon is prioritizing in their ereading services? In September, Amazon previewed their new base model Kindle on October 12 and is now available for preorder. The new Kindle looks closer to the current Paperwhite editions, with a 6-inch high resolution, glare-free, front lit screen and an enhanced battery that lasts for up to 6 weeks. All of these improvements over the previous model come in at $99, only $10 more than the older device. Amazon is also releasing a version aimed at children, Kindle Kids, for $119.

At the same time, five older models of Kindles will lose their access to the Kindle Store to purchase books through the device. As of next month, users of Kindle International (2nd generation), Kindle DX International, Kindle Keyboard, and 4th and 5th generation Kindles will no longer be able to purchase books through their ereaders. Instead, books can be purchased through Amazon’s website and downloaded to older Kindle devices.

It’s clear that Amazon is evolving their Kindle products and services for better technology, fair author pay, and file compatibility. But those changes come at the expense of popular features like lending between users. We may not know what’s ahead for Kindle, and Amazon is not always forthcoming with information about changes that impact users. But here at Book Riot, we’ll continue monitoring ereading trends and keeping you updated on what changes might be coming to your digital library.