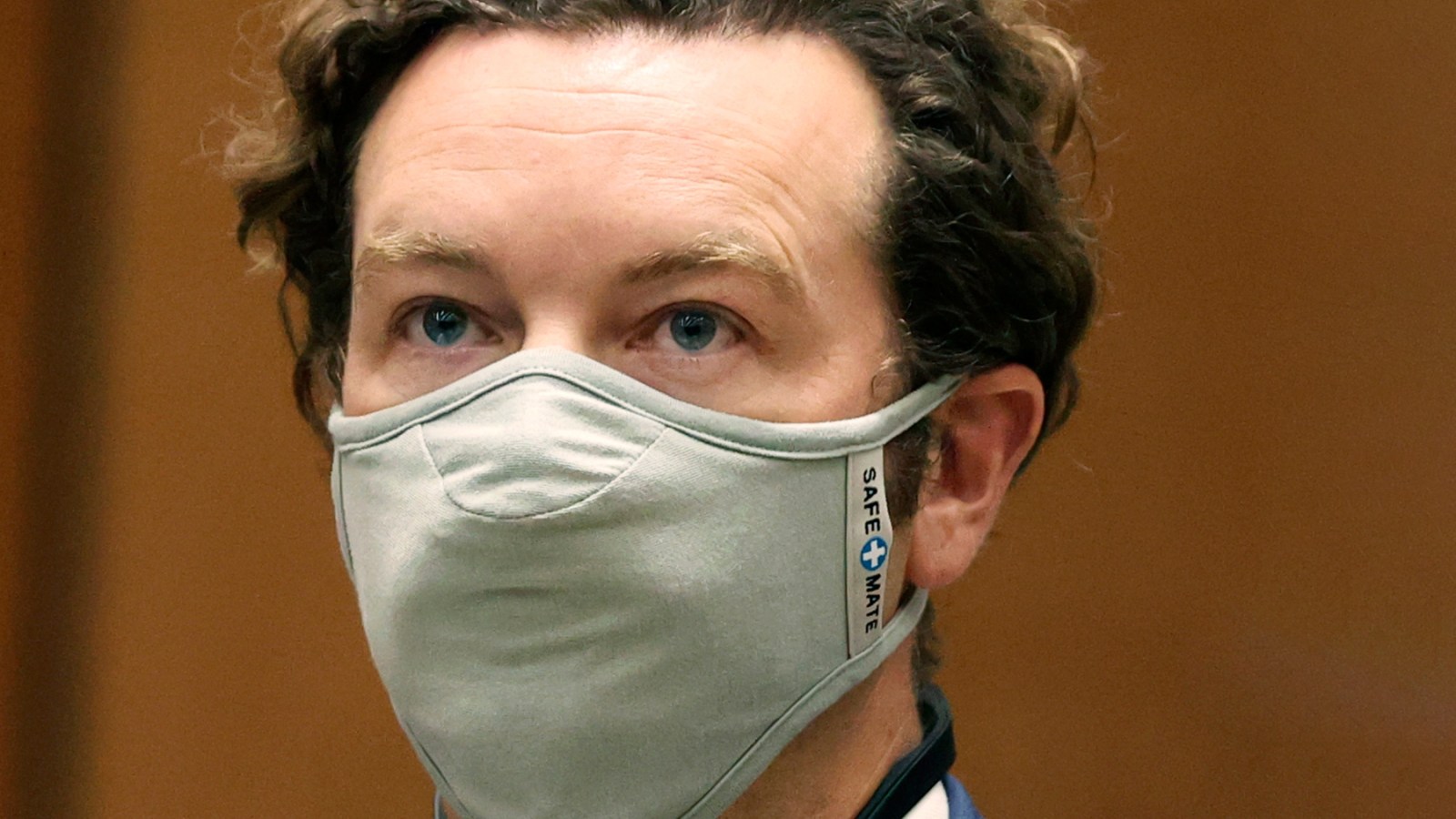 The first of three women who have accused Danny Masterson of rape in his ongoing criminal trial continued her testimony in court in downtown Los Angeles on Wednesday, detailing a violent incident in which the That ‘70s Show actor allegedly forcibly had sex with her while she was severely intoxicated and going in and out of consciousness.

At one point during the encounter, the woman referred to as Jane Doe 1, alleged she tried fighting back and put a pillow in Masterson’s face, but he took it from her and “smothered” her until she again lost consciousness. At another point after coming to, she claimed, he held her hands and wrists above her head with one hand while firmly grabbing her throat with the other.

“I thought I was going to die,” she said, crying. “Oh God, I was so scared… I’d never seen his face look like that.” Overwhelmed, she asked for a break and Judge Charlaine Olmedo ordered a brief recess.

It was one part of a long, emotional full day of testimony as she took the stand Wednesday to answer questions from Los Angeles County Deputy District Attorney Reinhold Mueller, the trial’s prosecutor, while Masterson’s lawyer Phillip Cohen began his cross-examination toward the end of the afternoon. During her testimony, she also revealed to the court that after reporting the incident to the police in 2004, she’d entered a non-disclosure (NDA) agreement. The $400,000 NDA with Masterson involved a threat from the Church of Scientology that it would declare her a “suppressive person,” which she said would’ve effectively exiled her from her family and friends. 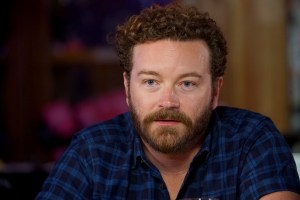 “I can enter an NDA or end my existence, go get declared,” she said in tears.

Scientology has been a prominent topic in this trial and will likely remain so throughout the case. Masterson is a prominent Scientologist and the women who’ve accused him of rape were all Scientologists at the time who were acquainted with him through the organization. Including Scientology in the arguments has been a contentious topic; the organization itself isn’t on trial, and Masterson’s defense team has repeatedly emphasized focusing on the charges and originally looked to bar mentioning Scientology. Olmedo ruled on allowing Scientology and its policies to be brought up in court only when relevant to the charges.

Masterson, first charged of three counts of forceable rape in 2020, has pleaded not guilty and denied the allegations. If convicted he faces 45 years to life in prison. He’s one of the more prominent Hollywood figures accused of sexual misconduct since the #MeToo movement skyrocketed five years ago with rape accusations against Harvey Weinstein, who’s also currently on trial in Los Angeles.

Jane Doe 1 began her testimony Wednesday morning, recalling the events related to the first forcible rape charge. During yesterday’s testimony, she described another allegation in which Masterson allegedly raped her, although that incident isn’t tied to any of the charges.

She told the court that on April 24th 2003 she had attended a dinner party at a restaurant for a mutual friend of hers and Masterson’s, then went back to Masterson’s home with Masterson’s publicist later that night, arriving after 1 a.m. on April 25th.

At his home, where dozens of other attendees were, Masterson allegedly gave the woman a tumbler of a fruity vodka cocktail, and she drank about half of it before starting to feel weak. Jane Doe 1 alleged that Masterson grabbed her by her wrists and dragged her to his jacuzzi. She claimed that she tried to resist but didn’t have body strength. She recalled to Mueller a “15-second” rule Masterson had that meant you could have 15 seconds to remove valuables before getting tossed in the jacuzzi, so she managed to take off a pair of boots and pants to avoid them getting wet. Within a half hour or so of getting put in the jacuzzi, she claimed, she began to feel significantly more disoriented, and her vision blurred while she had trouble understanding conversations going on around her.

The woman said she felt severely nauseous and couldn’t keep her eyes open. She recalled telling a friend of theirs, Luke Watson, that she wasn’t feeling well. She testified that Masterson said he was going to take her upstairs so she could vomit, and although she told him “no,” he took her to the bathroom and stuck his fingers in her throat to help her throw up.

She testified that Masterson put her in the shower to clean her off, and at one point he scrubbed her breasts. She swung at him but didn’t have strength to punch particularly hard. By then she was repeatedly losing and regaining consciousness, she said. She’d come to, and was on Masterson’s bed and told the court that she felt Masterson’s full weight on top of her while he was penetrating her vagina with his penis. At another point, she said, he’d penetrated her anus. “You like this,” she claimed Masterson told her, before telling her not to disclose the incident to her friends including Lisa Marie Presley, who’s expected to be a witness. “You’re not going to tell fucking Lisa, and you’re not going to fucking tell Paige,” Jane Doe 1 said Masterson told her.

At some point during the alleged incident, she recalled something happening by the bedroom door, which prompted Masterson to go to his drawer and pull out a handgun. He held the gun and told her to “shut the fuck up,” she said. He put the gun back, and she said he slammed her left hand in the drawer. After it was over and she eventually regained consciousness, she said she hid in the closet before passing out again.

Toward the early morning, she crawled out of the closet, where Masterson saw her and carried her back into bed before she fell asleep again. She found clothes and went downstairs, where she saw Watson, who refused to talk about anything that happened the night before but helped her call a cab to get to her car, according to Jane Doe 1. Watson told her she should go right away to the president’s office, referencing Susan Watson, Luke’s mother and the president of the Scientology Celebrity Centre. She never went to the Celebrity Centre, instead she went to her parent’s house because it was her father’s birthday and she needed to get ready for a flight with her family to Florida.

Whereas the first half of Jane Doe 1’s testimony mainly addressed the alleged rape, after the lunch recess, the woman detailed inquiries from her family members, and the response from the Church of Scientology. The day following the alleged rape was a haze for her, she said. On the flight to Florida, she recalled feeling pain in her vagina and anus and she went to the bathroom on the plane to check for blood.

Jane Doe 1 testified she developed bruises from the incident that appeared throughout the trip, and when family members asked her about them, she told them she “fell down repeatedly.” She claimed that she told her then-17-year-old cousin, who isn’t a Scientologist, what actually happened but told her not to tell anyone. She also spoke of a brief conversation she had with Masterson where she asked what happened. Crying again, Jane Doe 1 recalled him saying, “We had a good time.”

The witness recalled that she made several attempts to report the claim to the Church of Scientology. Mueller presented a letter to the court from a woman who wrote to Mark Ellis, a Scientology official, in which she asked for permission to go to the police without fear of being declared a suppressive person. A week later, he wrote back and denied that request, though the woman claimed she could pursue a civil case.

Jane Doe 1 reported the incident to LAPD in June 2004 anyway and gave them the phone number of Julian Swartz, her ethics officer within the Church. Swartz called her and asked why the police contacted her.

“Yeah, you’re fucked,” she recalled Swartz saying. “You have no idea how fucked you are.”

The Church was ready to declare her a suppressive person unless she became compliant, Jane Doe 1 said, so she signed a $400,000 settlement that included a non-disclosure agreement. That contract listed Masterson by an alias of David Duncan, she testified.

Among Mueller’s final questions for Jane Doe 1 was if she was afraid to testify and why. She affirmed, noting that she has broken her NDA 50 times, and each violation constitutes a $200,000 penalty. She’s also afraid of retaliation. When Mueller asked from whom, she replied, “Half of this room” — referring to the Scientologists.

By the end of the afternoon, Cohen had begun his cross examination of the witness, but only had a few minutes before the court adjourned for the day. He had asked Jane Doe 1 about inconsistencies involving what she told police in 2004 versus in her testimony on Wednesday and asked if she believed she told the LAPD the truth. His cross-examination will continue Thursday.

The Ecstasy and Energy of David LaChapelle
Amazon Workers Walk Off the Job on the Biggest Shopping Day of the Year
Kim Kardashian “Re-Evaluating” Relationship With Balenciaga After Being “Shaken By Disturbing Images” In Controversial Teddy Bear Campaign
End of Twitter’s Covid Misinformation Policy Launches Discourse Back to March 2020
Matthew McConaughey Defends His Gun ‘Responsibility,‘ Not ’Control,’ Stance After Uvalde