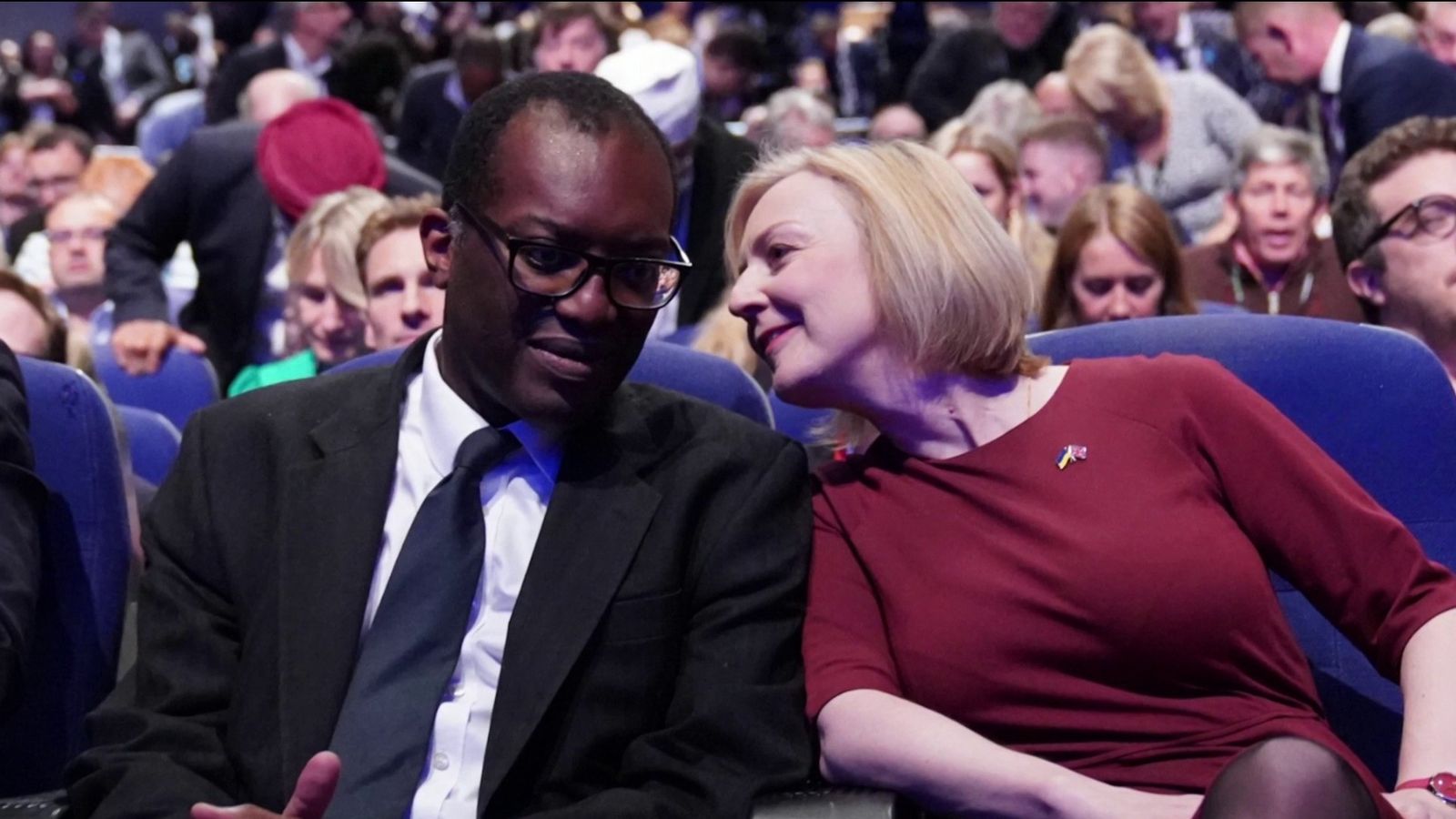 The final straw for Liz Truss’s premiership was a collapse of confidence among Conservative MPs, but the underlying cause is an economic crisis she first ignored, then deepened, and will now define her successor’s time in office.

The Conservatives are about to discover that they can change leaders but not the economic hole they have dug, or the ideological splits that did much of the work.

Ms Truss got into Number 10 on the promise of “growth growth growth”, to the delight of small-state free marketeer colleagues who coalesced around her candidacy only at the last moment.

Her decision to deliver that ambition by offering extravagant unfunded tax cuts without the ballast of an Office for Budget Responsibility (OBR) forecast proved fatal, spooking markets and shattering her prospectus for government.

That process began on Monday with the reversal of most of the mini-budget tax plans, and a clear signal of tax rises and spending cuts to come.

Investors are for now reassured – as Ms Truss fell so did the cost of government borrowing on long-term gilt markets and the pound strengthened – but this is just the start.

Next week, as the Conservative parliamentary party runs a five-day leadership election, Mr Hunt and the Treasury will be finalising the fiscal statement that could have a far greater impact.

That statement is currently scheduled to be made on Monday 31 October, after the new prime minister has been selected and a delay cannot be ruled out despite the risk of market disapproval.

If that timetable holds, however, the calculations and decisions that will shape public spending for the next five years will have to be made as the candidates topple.

The black hole in the public finances has been calculated as at least £60bn, deepening to closer to £70bn after the mini-budget drove up borrowing costs and the price of servicing existing debt.

Typically the OBR produces five forecasts in the run-up to a fiscal statement, containing its five-year view of the prospects for economic growth and the cost of public spending.

Next Tuesday it is due deliver the fourth draft, which will reflect the tax-reversals announced on Monday and presumably the cost of maintaining the triple-lock on pensions confirmed by Ms Truss on Wednesday, plus any new measures that are not yet public.

The fifth and final version, containing any additional measures, is due to be delivered on Thursday.

Reversing tax cuts has closed the gap by around £30bn but there is much more to find, and the search for policy measures that can boost growth has helped drive the chaos of the last week.

The rancorous resignation of Suella Braverman as home secretary on Wednesday offered an insight. While she cited an innocent breach of communication protocol, her allies pointed to a fundamental difference in opinion over immigration policy.

There is also pressure to expand the shortage-occupation list, which grants an exception to post-Brexit visa restrictions, across a range of professions, including engineers to help deliver on the government’s broadband targets.

Both would boost the growth side of the OBR’s ledger, easing the demand for spending cuts, but this economic reality grinds directly against Brexit ideology.

There are several other pro-growth strategies that run into trouble among Conservative MPs. Planning reform to allow more development and housebuilding is problematic in leafy southern constituencies, onshore wind is barely more popular, and fracking delivered the final seismic blow to Ms Truss on Wednesday night.

While the Conservative’s squabble and markets wait for the OBR and the chancellor, business looks on aghast, uncertain whether what they hear today will still apply tomorrow.

The CBI, shop stewards for British big business and traditionally close to the Conservatives, delivered an unusually blunt response to the PM’s departure, without a single word for Ms Truss herself

“The politics of recent weeks have undermined the confidence of people, businesses, markets and global investors in Britain. That must now come to an end if we are to avoid yet more harm to households and firms,” said director general Tony Danker.

“Stability is key. The next prime minister will need to act to restore confidence from day one. They will need to deliver a credible fiscal plan for the medium term as soon as possible, and a plan for the long-term growth of our economy.”

They are not alone in that view.