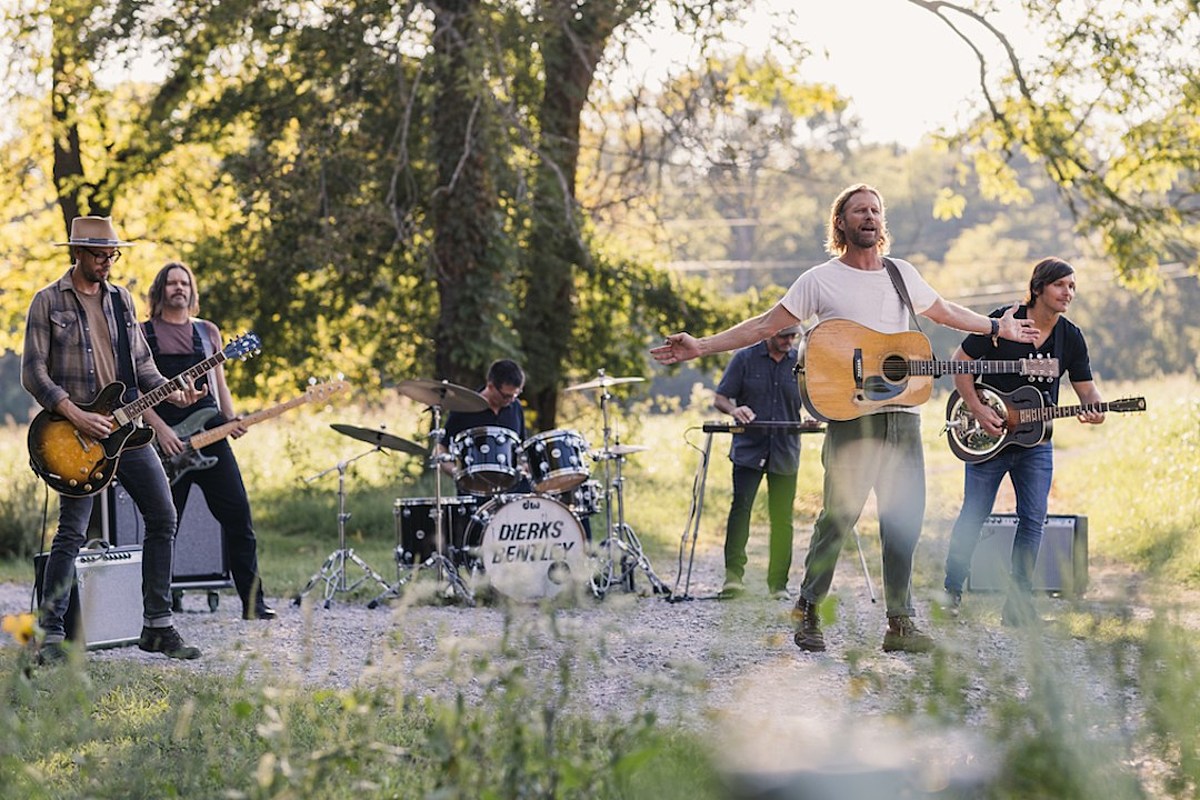 In Dierks Bentley‘s “Gold” music video, the country star examines what can happen when we dare to break free from the daily grind and reconnect with nature.

Viewers are introduced to a blue-collar worker who makes a leap of faith and leaves his warehouse job behind. He sells off his possessions, loads up his canine companion and hits the road in search of a fresh start. Clips of breathtaking natural scenery are interspersed with performance footage from Bentley and his bandmates, who cleverly reiterate the song’s core message by standing at a literal fork in the road.

“The treatment for this music video almost wrote itself,” Bentley says in a statement. “’Gold’ is an optimistic reality check. I think we all wrestle with trying to get through the rocky parts of life and on to the next thing, but there are lots of special moments to cherish even in the middle of the tough stuff.”

“Gold” is the anthemic lead single from Bentley’s long-awaited 10th studio album, which will mark his first full-length release since 2018’s The Mountain. Although he has yet to share a release date or album title, Bentley recently revealed that his next record will feature original 14 tracks, including multiple new collaborations.

Last month, he wrapped up his lengthy Beers on Me Tour, which included a memorable stop at Nashville’s Bridgestone Arena. On Oct. 25, he’ll take the Grand Ole Opry stage for his final scheduled performance of the year before taking a break for the holiday season.

After selling their spectacular Southern manor home in 2010, Alan Jackson and his wife moved to to what might be an even more impressive mansion, if that’s even possible. Their 5-bedroom, 8-bathroom, 22,012-square-foot estate in the same Nashville suburb of Franklin features bedrooms that are all well-appointed suites, while the formal dining and living areas are finished off with splendid arched doorways, oversized windows and elaborate woodwork. The residence also includes a bar, a media room and multiple indoor and outdoor fireplaces. It sold for $19 million in March of 2021.