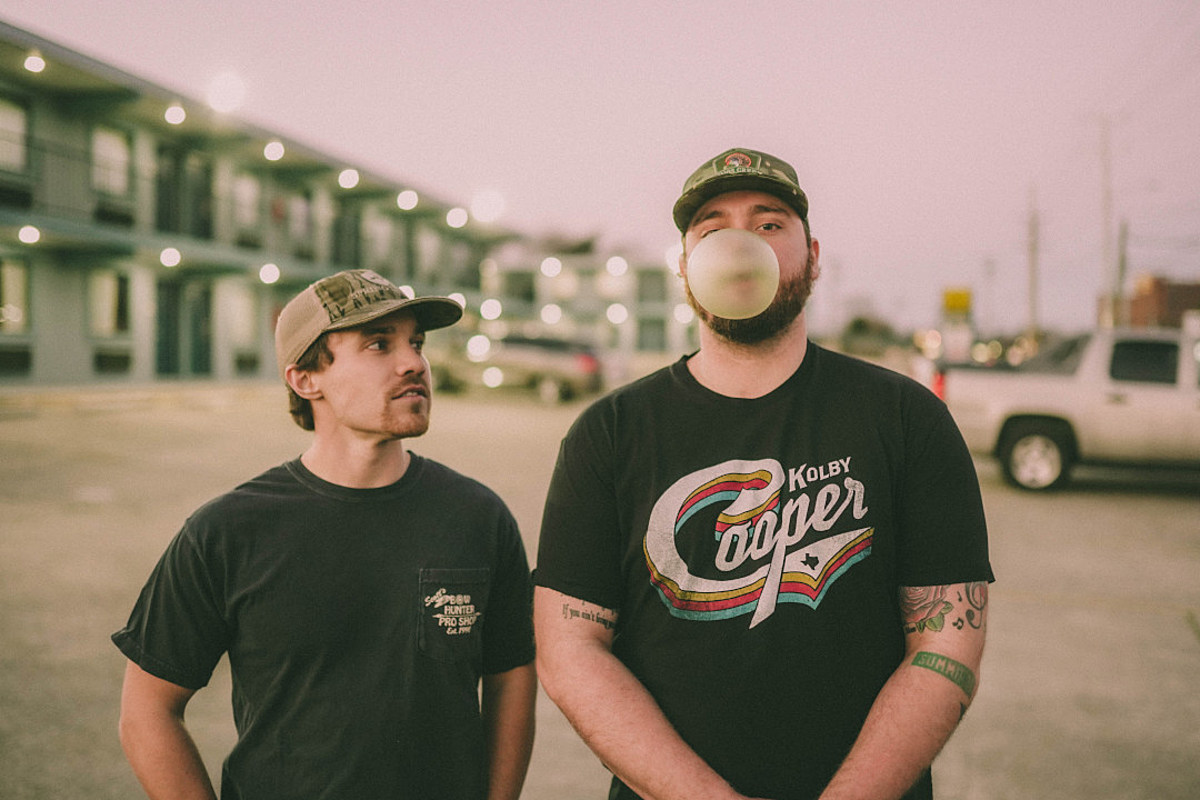 Country duo Muscadine Bloodline aren’t the type looking to impress anyone with their brand of down-and-dirty Southern country-rock music. Still, the proudly-independent Alabama-bred pair continue to do just that, most recently with their latest release, “Cryin’ in a GMC.”

“It’s kind of an interesting one because it’s an upbeat song, but the subject matter is sort of bad,” explains Muscadine Bloodline’s Gary Stanton in a recent Taste of Country interview. “It’s just about a guy that can’t get it right.”

Leaning in hard on the Red Dirt, rural sound that has made Muscadine Bloodline what they are, “Crying in a GMC” also features tongue-in-cheek lyrics courtesy of Stanton himself.

“We were in the studio and (Stanton) came in and he literally had written it the night before,” the duo’s Charlie Muncaster says. Th song lives on the duo’s latest album, Dispatch to 16th Ave. “We were all hooked on it as soon as he played it. We literally cut it two days after he wrote it.”

The country duo have been playing “Cryin’ in a GMC” out on their ongoing Countryband Contraband Tour, which will have them making stops in Colorado, Oklahoma and Texas before the end of the year.

“It’s a good-time sort of song that gets everybody kind of going, and we are really excited about that,” Muncaster explains. “There are some new songs you play, that, I mean, people decide it’s time to get another beer (Laughs). But this one has been keeping them right there with us, so that’s all you can ask for.”

“Cryin’ in a GMC” was released based on its initial popularity with fans — a strategy that the band has become experts at since breaking out onto the country music scene in 2016, building a career on songs such as “Porch Swing Angel,” “Can’t Tell You No” and the TikTok viral hit “Me on You.”

“We’ve been doing this since day one,” says Muncaster. “We’ve been kind of always throwing out new songs that just give people something to look forward to. Usually, someone will video it on their phone and then you see people singing it back at the show and, you know the only way they’re learning it is by seeing it in on YouTube or something like that.”

And the fans love being in that decision process.

“Gary (Stanton) and I take pride in just being normal guys just like our fans,” Muncaster adds. “I mean, it’s really no difference. We just have a different occupation. You know, we still go after the show and meet everybody. We don’t care how long it takes. We truly believe that was a cornerstone of building our business right from the start.”

It’s a work ethic that Muscadine Bloodline say they think should be taken notice of, especially by some other new artists in the genre.

“When you first get started, you just don’t have any money, so of course, you have to grind it out,” Muncaster concludes with a laugh. “Good things will happen if you keep your head down and work hard.”